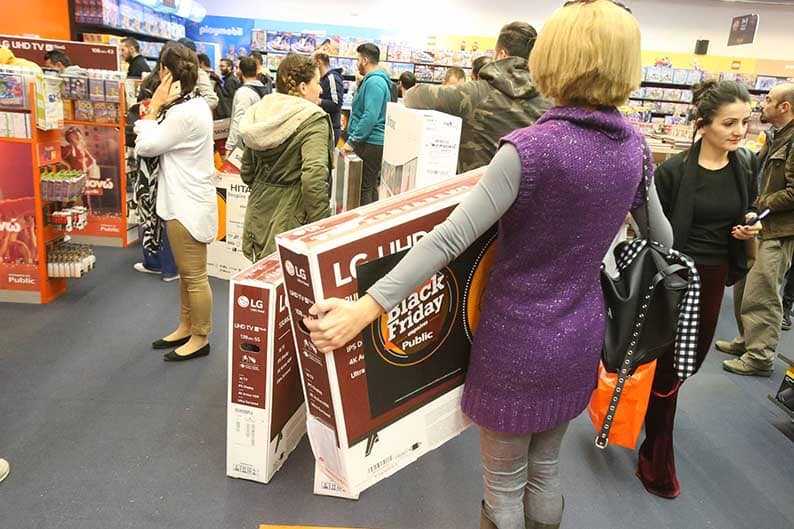 Nicosians were queuing in front of shops early on Friday morning ahead of Black Friday, ready to take advantage of bargains offered by a number of retailers.

Cyprus may be a latecomer to the concept of Black Friday but in recent years has embraced the American import. This year, a record number of shops are offering bargains on the day which is regarded as the start of the Christmas shopping season in the USA.

A line formed outside electronics shop Public at the Mall of Cyprus and at the time of the opening shoppers rushed in to be the first to get their hands on special offers.

More shops than ever are expected to participate in Black Friday this year after last year’s immense success when businesses made around €14 million just in credit card payments.

According to data collected from shops, mainly malls, there was a 52 per cent increase in shop visits during last year’s Black Friday compared to 2016.

On peak hours, a 72 per cent increase was recorded in shop visits compared to an average Friday, general secretary of the retailers’ association Marios Antoniou said.

Antoniou said that discounts during this year’s Black Friday will be between 20 per cent and 40 per cent and that many shops will expand offers throughout the entire weekend.

The most popular items are technology and mobile telephony, followed by shoes and clothes.

The origin of the name for the day are not clear. Some claim it was originally called ‘black’ because so many people go out to shop that it causes traffic accidents and sometimes even violence, others that it comes from shopkeepers balancing sales sheets to black (positive) from red (loss).
[smart-photo] 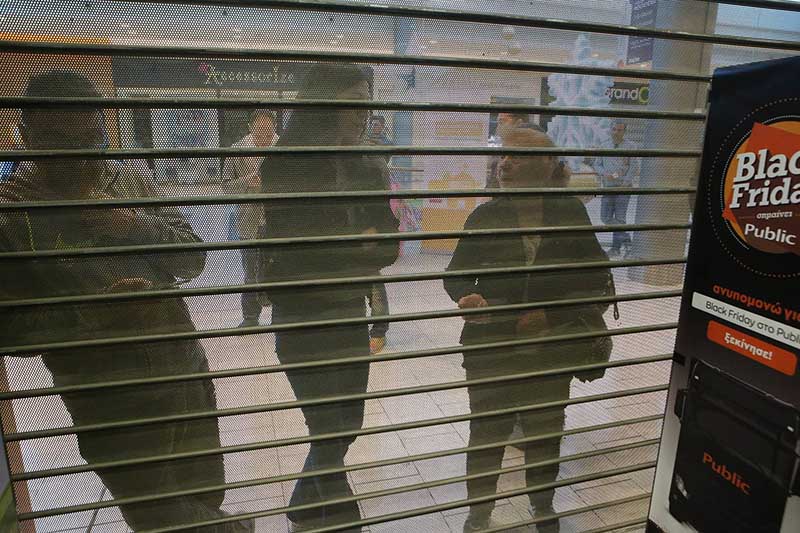 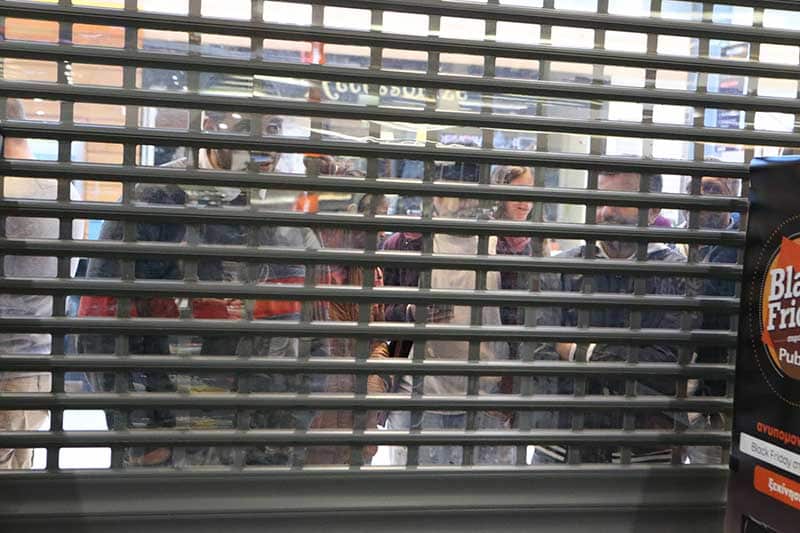 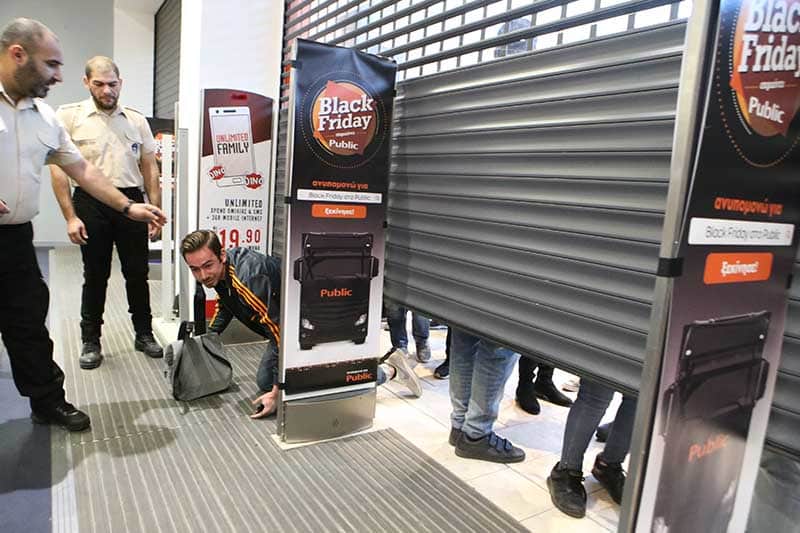 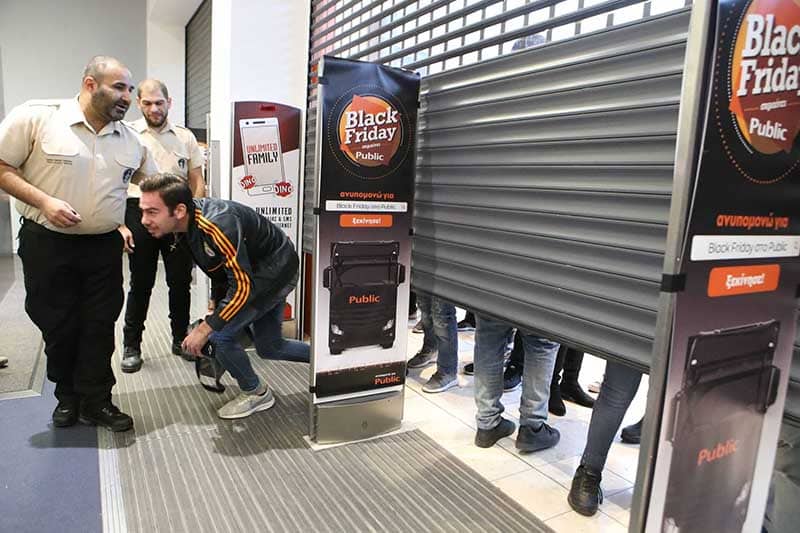 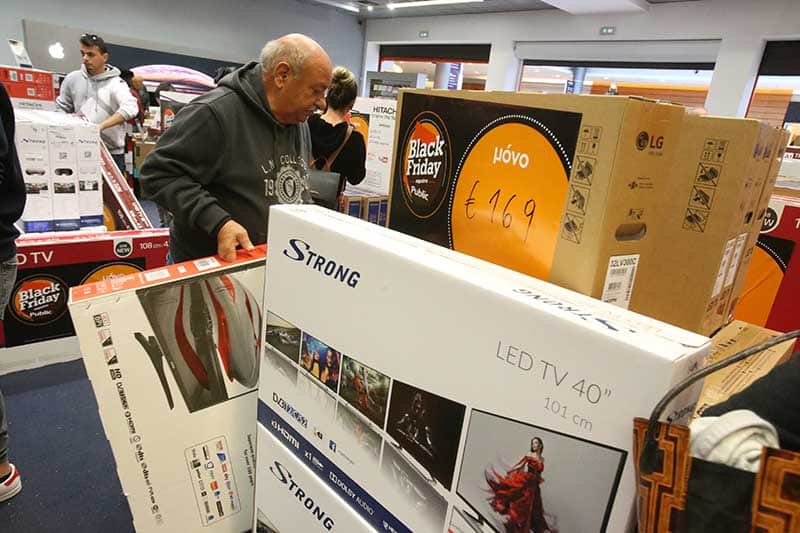 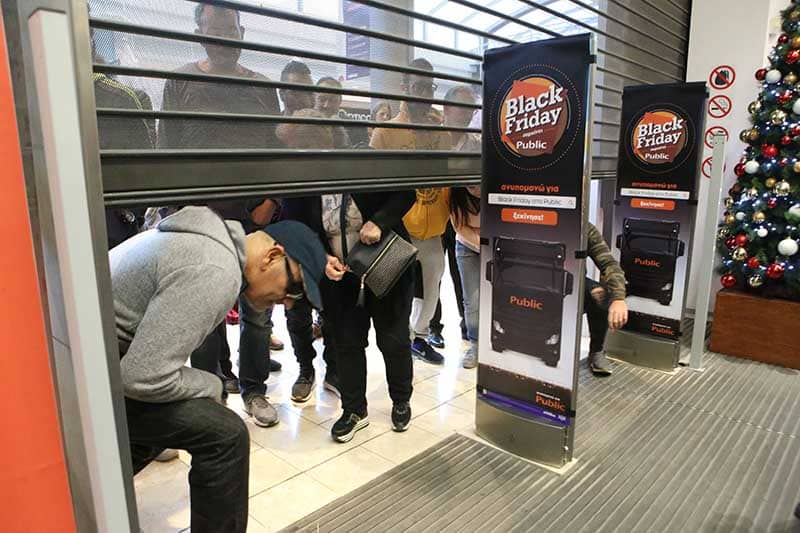 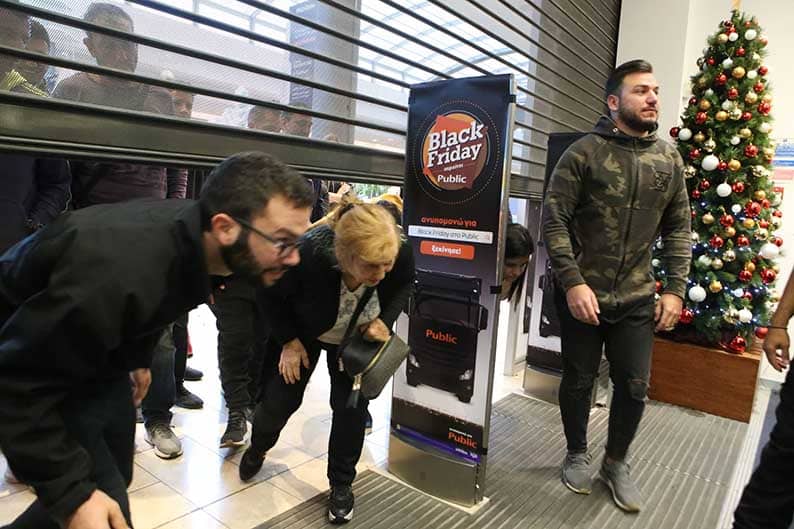 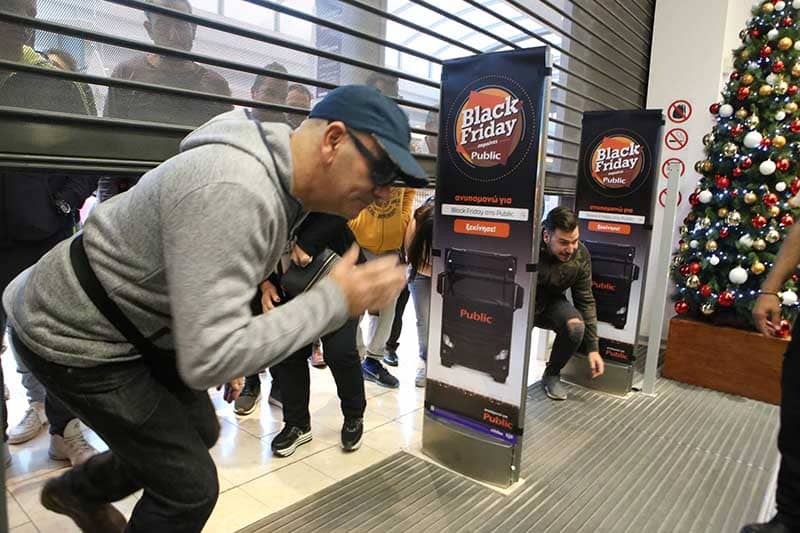 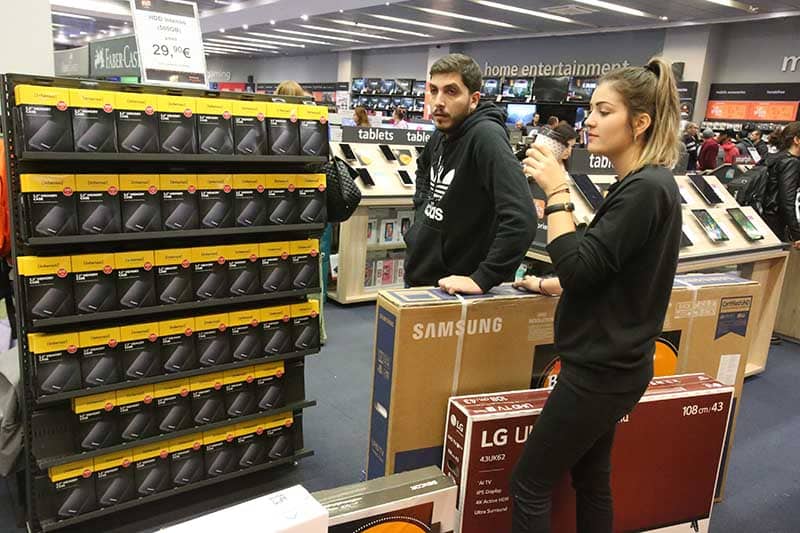 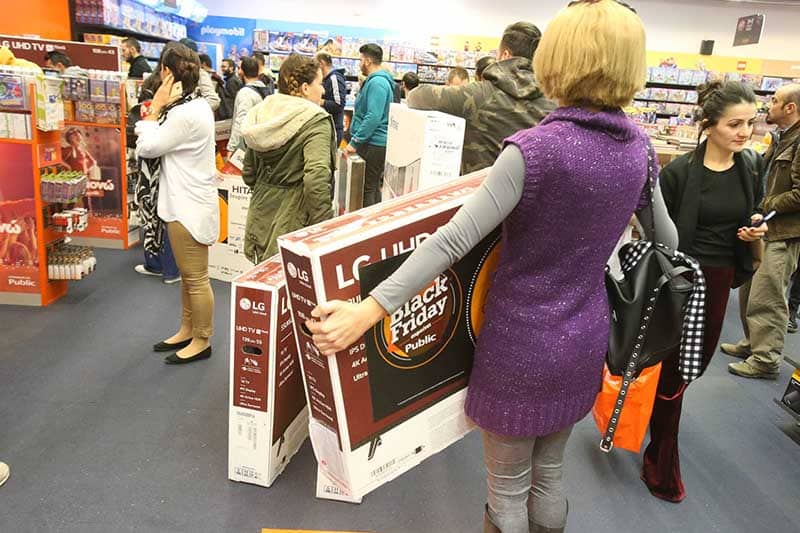 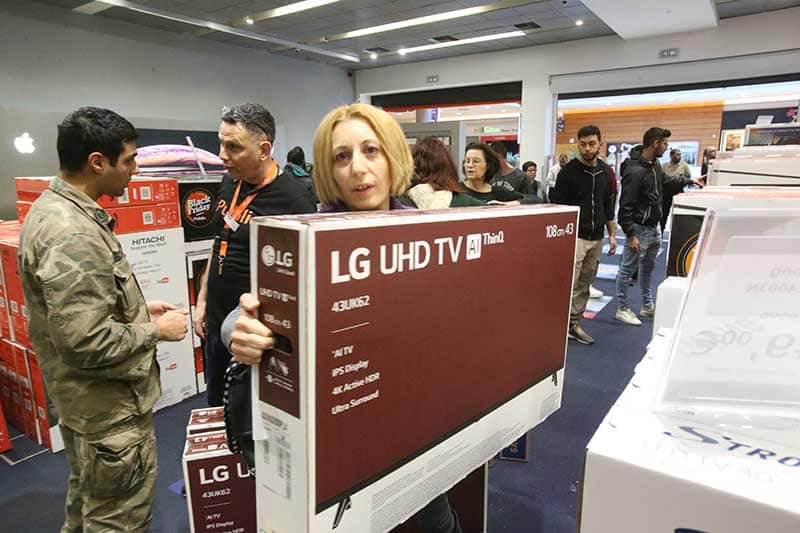 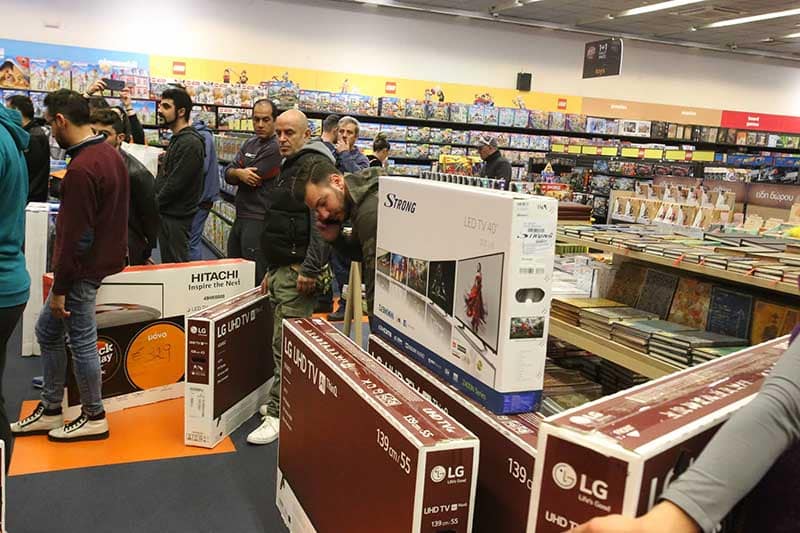 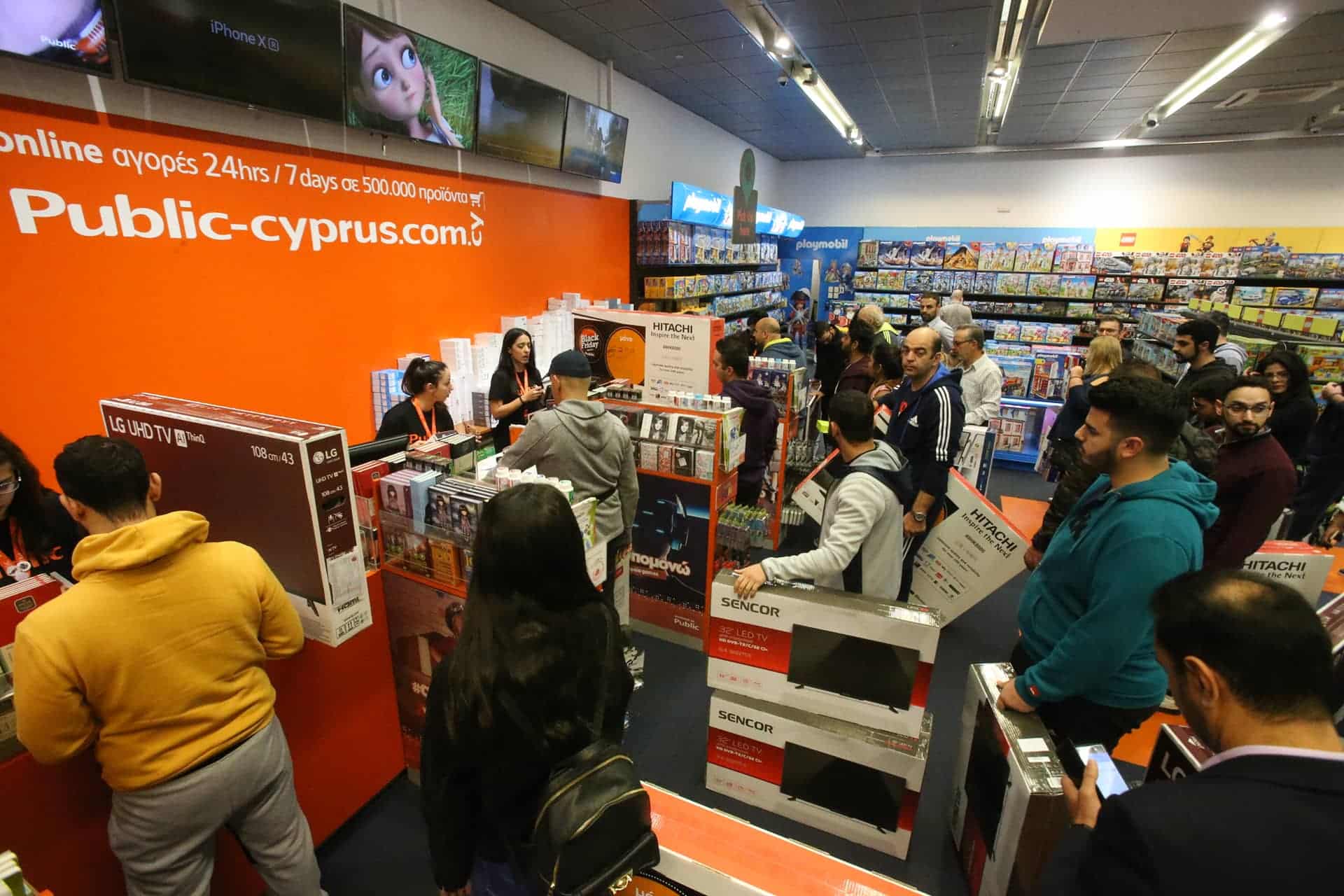 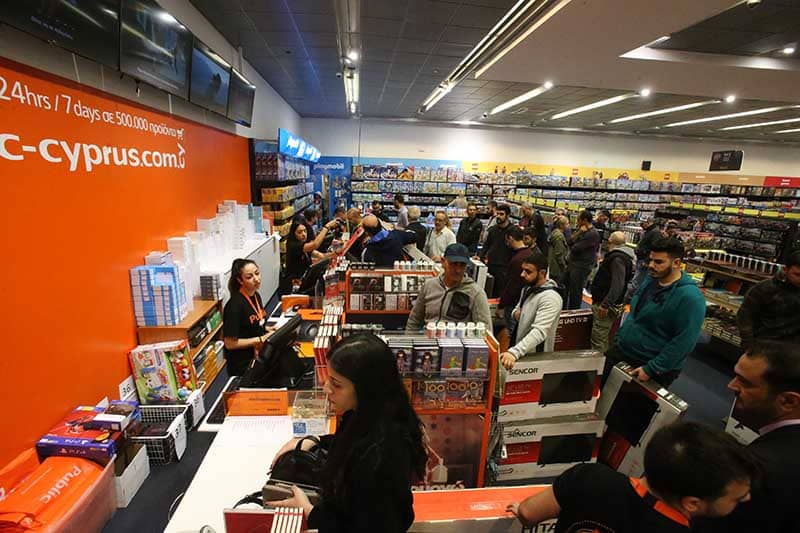 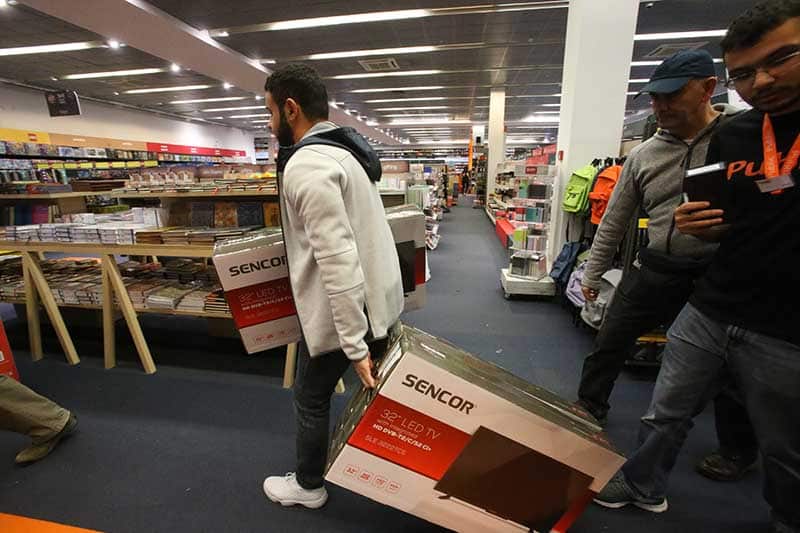 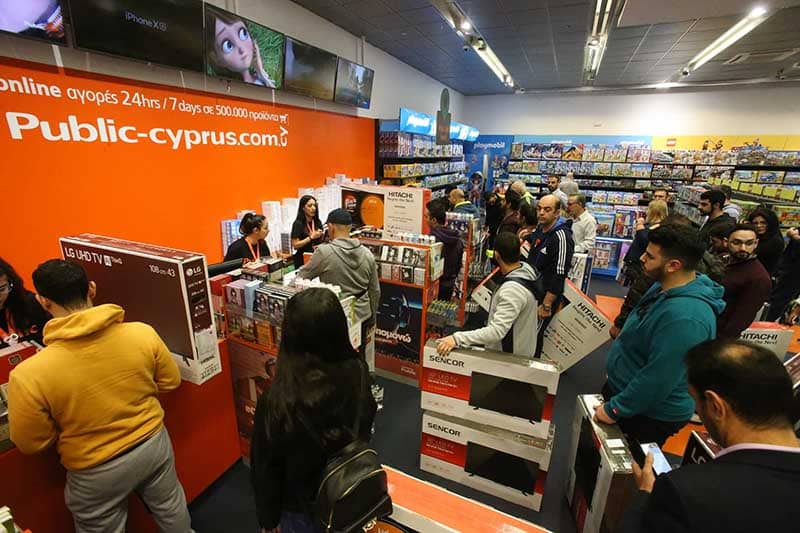 [/smart-photo]
First through the door: shoppers at Public on Friday (Christos Theodorides)

News podcast: Migrants in Cyprus, are they treated fairly?