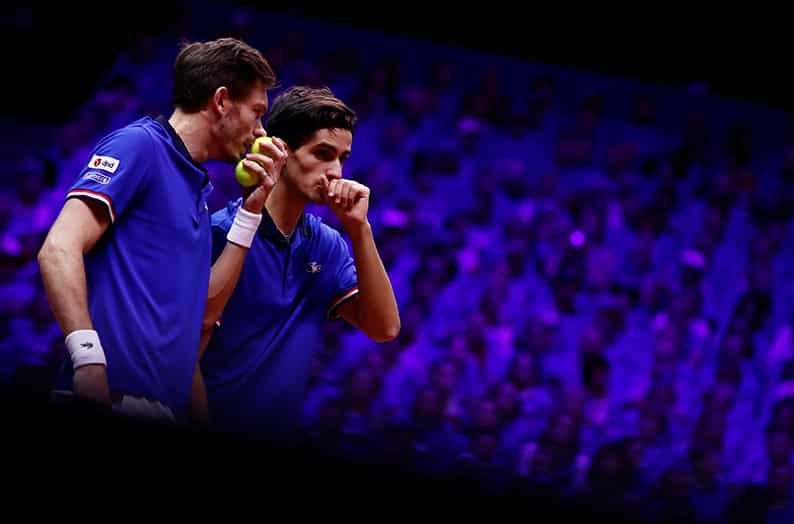 This weekend’s Davis Cup final between France and Croatia in Lille is the last one in the 118-year-old competition’s current home-and-away format with next year’s event to culminate in an 18-nation, World Cup-style showdown in Madrid in November.

The new format, given the green light at the ITF’s conference in August, is being backed to the tune of $3 billion over 25 years by investment group Kosmos, headed by Barcelona soccer player Gerard Pique.

It has come under fire from traditionalists, however, while leading players such as Germany’s ATP Finals champion Alexander Zverev have said they are unwilling to play in late November, which is when next year’s first event will be staged.

On top of that the ITF’s flagship competition is in danger of being overshadowed by the inaugural ATP Cup, a 24-nation team event to be played in January 2020 in three Australian cities, six weeks after the Davis Cup’s finals week.

World number one Novak Djokovic, who was part of the launch of the ATP Cup, said last week there was a danger of “two average events” if they were held in such close proximity.

Haggerty sounded an optimistic note on Saturday, however, saying “fruitful talks” had taken place with the various stakeholders to work “towards the greater good of the game”.

“We had very productive meetings in London with the ATP, Kosmos, the ITF, the Grand Slams and the players to talk about what is the best thing to do for tennis,” Haggerty told Reuters inside Lille’s Stade Pierre Mauroy where France and Croatia are contesting the last Davis Cup final in the current format.

“We talked about two different things. We know that at the heart of the problem is the calendar; no one owns the calendar. We are all responsible for making sure the players have a flow throughout the season, so they can start and finish strong.

“Then we also spoke about the possibility of having one event that we could all participate in together. Is there a way down the road to collaborate and work together?

“A lot of things need to happen to get us there but I can say it was the most productive meeting we have ever had. We will meet again in January to continue the dialogue.”

The new format will see a qualifying round using the existing home-and-away format in February then 12 nations will join this year’s semi-finalists and two wildcards in Madrid for the new week-long World Cup-style event in November.

Despite some initial negativity about the changes to such a tennis institution, Haggerty said it was not something that was keeping him up at night.

“It’s changed three times before,” Haggerty said. “Tennis tends to be traditional and for some people change is difficult.

“There is so much to honour for the Davis Cup but as we start a new chapter we are excited about where we can go.”