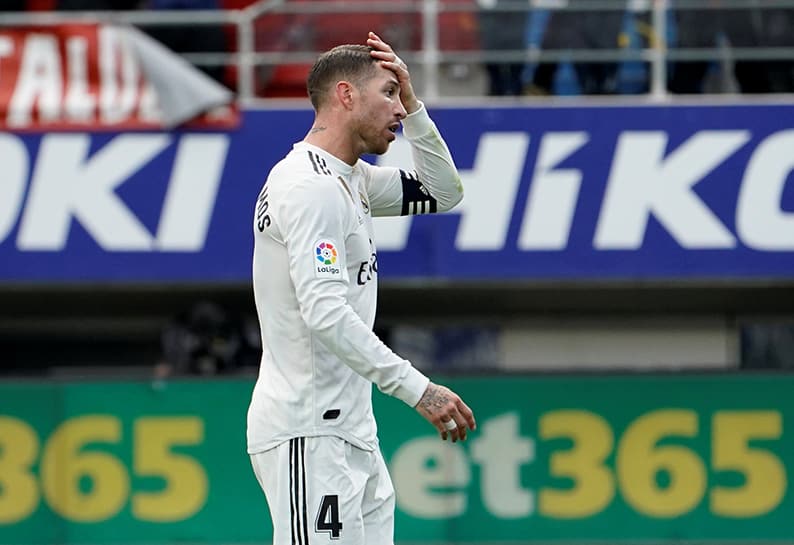 Santiago Solari’s first game as permanent coach of Madrid ended in his first defeat, after four consecutive victories during his time as interim manager.

On-loan Barcelona defender Marc Cucurella played a part in each of Eibar’s goals as they tore apart Madrid’s fragile defence and the Basques would have added to their tally but for some fine saves by goalkeeper Thibaut Courtois.

Eibar are now provisionally seventh on 18 points, two behind struggling Real in sixth.