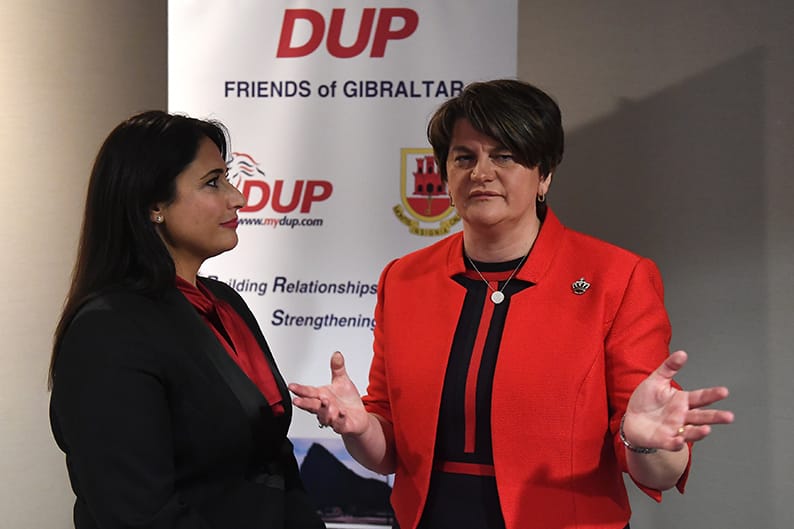 The Northern Irish party propping up British Prime Minister Theresa May’s government launched fresh attacks on her Brexit withdrawal deal on Saturday, saying it would leave Britain in a “pitiful” place and that a Labour government may be preferable.

At its annual conference in Belfast, the Democratic Unionist Party (DUP) rallied its supporters to oppose May’s deal and invited her arch rival in the Conservative Party, former foreign secretary Boris Johnson, to address delegates.

“The published withdrawal agreement portrays a pitiful and pathetic place for the United Kingdom … locked into an EU straitjacket, divided and diminished,” deputy DUP leader Nigel Dodds told the conference.

“It will require the collective will not just of this party, but of all who value and cherish our precious Union, to stand firm in the face of the inevitable onslaught,” he said. “Prime Minister – bin the backstop!”

With four months left until Britain leaves the EU, the divorce treaty and accompanying political declaration were due to be endorsed in Brussels on Sunday by May and the other 27 EU leaders, although Spain was threatening to derail the summit over the future of Gibraltar.

The biggest obstacle to the accord is the vehement opposition in the British parliament from within May’s party and the DUP, whose 10 members of parliament agreed to a ‘confidence and supply’ deal last year to back her minority government after a snap election.

Party leader Arlene Foster on Friday said the DUP would revisit the confidence and supply deal if the withdrawal agreement was approved in parliament.

In an interview with The Times newspaper published on Saturday, she suggested a government led by the Labour Party’s Jeremy Corbyn – a longtime sympathiser with the DUP’s arch rival Sinn Fein – might be preferable to the deal.

While a Corbyn government is “not a pleasant scenario,” a Brexit that carves Northern Ireland from Britain is worse, she was quoted as saying.

“The Brexit deal is a real threat as opposed to something that may happen,” she said.

The draft withdrawal treaty’s ‘backstop’ provision could ultimately align Northern Ireland more closely with the EU than the rest of the United Kingdom if no other way can be found to avoid a hard border with the Republic of Ireland.

Under the terms of a 1998 Good Friday Agreement that largely ended years of violence between Irish republicans and pro-British unionists, border posts were removed and the province was given a power-sharing structure where both communities were represented.

Foster’s pro-British unionist party fears that the backstop provision, if implemented, could one day threaten the province’s place in the UK altogether.

May has responded by telling her critics that Britain will not get a better deal with the EU if it does not take this one.

Her finance minister Philip Hammond, who met Foster in Northern Ireland on Friday ahead of the conference, told the BBC on Saturday that her concerns were “understandable” but that he hoped to find a solution.