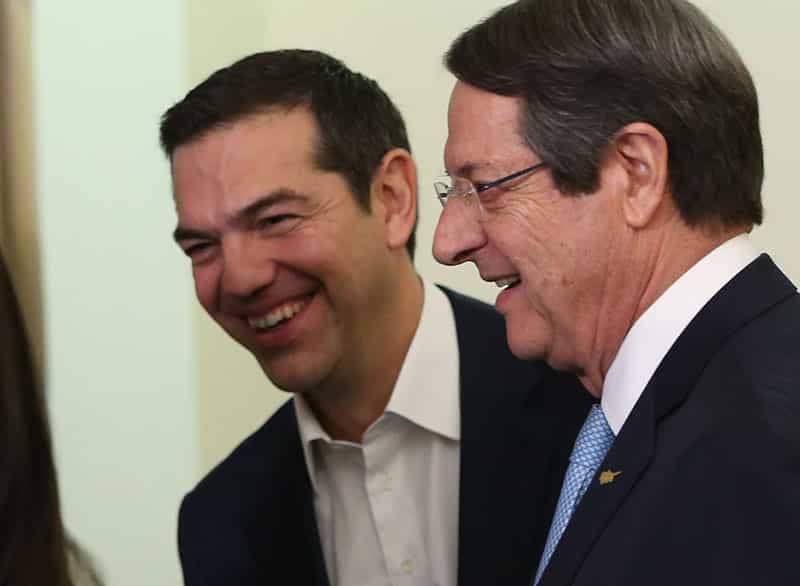 President  Nicos Anastasiades and Greek Prime Minister Alexis Tsipras have held a coordination meeting on Sunday in Brussels, on the sidelines of the European Council meeting.

According to Government Spokesman Prodromos Prodromou, Anastasiades briefed Tsipras on the latest developments regarding the Cyprus issue, adding that they reaffirmed the coordination between the two countries as regards the expected developments with a view to resuming the Cyprus negotiations.

He added that the President of the Republic and the Prime Minister of Greece also discussed other aspects of the close cooperation between Nicosia and Athens, as well as the issues raised at the European Council.

A Greek diplomatic source who briefed the press in Brussels said that  during the meeting, the two leaders were expected to discuss developments on the Cyprus issue and the contacts held by the UN Secretary General’s special envoy for Cyprus, Jane Holl Lutte. They were also to discuss  preparations for the trilateral meetings with Jordan, Palestine and the Tripartite Summit with Israel that will take place on December 20 in Israel, where developments in relation to the East-Med pipeline are expected.