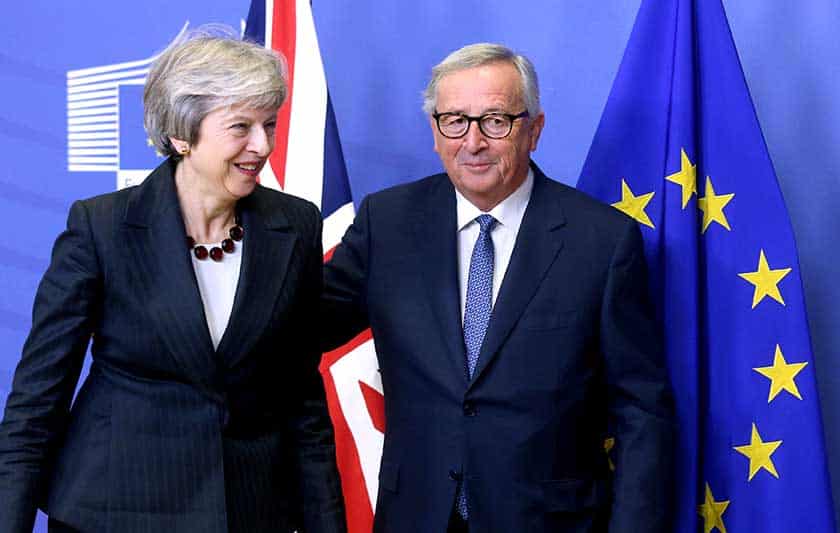 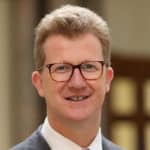 Over the last seven days, the UK has taken further historic steps towards an independent future outside the EU. At the beginning of last week, Prime Minister Theresa May achieved a decisive break-through when she secured the draft Withdrawal Agreement on the terms of our smooth and orderly exit from the EU. Alongside the draft Withdrawal Agreement, the Government also published the outline of a Political Declaration, which set out the framework for our future relationship with the EU.

On Thursday, November 22, the Prime Minister announced that the text of a 26 page Political Declaration: had been agreed at negotiators’ level and agreed in principle at political level, subject to endorsement by EU Leaders today – November 25.

The Political Declaration sets out the scope and terms of the future relationship with the EU. It marks another important step forward in the UK’s exit from the EU, signaling the ambition of both sides to embark on a new deep and special partnership.

Cyprus as a key friend and ally of the UK has already voiced its support for the proposed draft Withdrawal Agreement and Political Declaration.  President Anastasiades’ statement of November 15 and Foreign Minister Nikos Christodoulides’ statement at the General Affairs Council on November 19 welcomed the progress made and the importance of this for maintaining strong bilateral relations.

Following last week’s column, we received a comment, in response to our advice for “swallows”. We were asked why Cyprus can put a time limit of 90 days on UK and EU nationals visiting Cyprus given EU Freedom of Movement rules. I appreciate that this issue may cause some confusion so I wanted to share our response in case others are also confused.

The legal basis for EU Freedom of Movement is set out in the Citizens’ Rights Directive 2004/38/EC (also sometimes called the “Free Movement Directive”). Under this directive, member states must grant all EU citizens who hold a valid identity card or passport and their family members the right to enter their territory.

Article Eight of the Free Movement Directive goes on to state that for periods of residence longer than three months, the host Member State may require Union citizens to register with the relevant authorities. Cyprus is one of many EU member states who have elected to ask other EU residents, including UK nationals, to register if they are staying for longer than ninety days.

Therefore, as a UK or EU citizen, the rules currently state that you can stay in Cyprus longer than ninety days but that you should register with the authorities.

As we have previously reported, the Ministry of Interior recommends that UK and other EU nationals who are in Cyprus longer than ninety days and intend to make Cyprus their permanent home should apply for residency. Holders of a residency permit in Cyprus are eligible to access services such as healthcare and other public funds. UK nationals who hold a residence document by December 31, 2020 will have their rights protected under the UK’s Withdrawal Agreement with the European Union.

Future of Freedom of Movement

The text of the Political Declaration makes clear that the principle of free movement of persons between the Union and the UK will no longer apply after 2020. But, the text goes on to say that both parties will aim to provide, through their domestic laws, for visa free travel for short term visits. In other words, the hope is that UK holidaymakers coming to Cyprus or, Cypriot holidaymakers going to the UK for short periods, should expect to travel visa-free in the future. I know this will be welcomed both by Britons as well as Cypriot nationals given the strong people-to-people links we share. The Political Declaration also sets out the ambition for future cooperation between the UK’s Civil Aviation Authority and the European Aviation Safety Agency. This provides a good framework for ensuring the flights between Cyprus and the UK after 2020 continue with minimum disruption.

As you may well be aware, reciprocal voting rights in local elections for EU citizens in the UK, and UK nationals in the EU are not part of the Withdrawal Agreement. During one of my earlier outreach events, it was impressed upon me that the right for British residents to have a say in local political matters in Cyprus is an important element of feeling part of Cypriot society. I can now confirm that it is our intention to pursue a bilateral agreement with Cyprus to maintain UK citizens’ voting rights, so that Britons living in Cyprus can continue to vote and stand in local elections, after the UK departs the EU on 29 March 2019.

Although not directly related to Brexit, we know, from our outreach events, that overseas voting rights is an important issue. Britons in Cyprus are currently entitled to register to vote in UK Parliamentary elections as overseas voters for up to 15 years from the point you were last registered to vote in the UK. As some of you may know, the Government supports a Private Members’ Bill to extend the basis on which British citizens outside the UK quality to participate in Parliamentary elections. The Bill completed its committee stage on November 14 and is due to have its report stage and third reading on January 25, 2019. You can follow the Bill’s progress through Parliament here:

Over recent weeks, we have tried to cover all the main areas of concern raised by Britons in Cyprus over Brexit. With all the big issues covered, as far as possible, at this stage we will publish our final column in this series next Sunday. We will aim to summarise the key questions that come out of our outreach events next week. But rest assured that even after the end of the column we will continue to keep Britons in Cyprus informed of important development on Brexit. Please also feel free to contact us at [email protected] and we will do our best to provide clarity. The remaining outreach events will take place as follows:

If you are unable to attend any of those events then you may be interested to listen to my interview with Rock FM on 27 November between 11am and 12pm, where I will answer further Brexit questions.