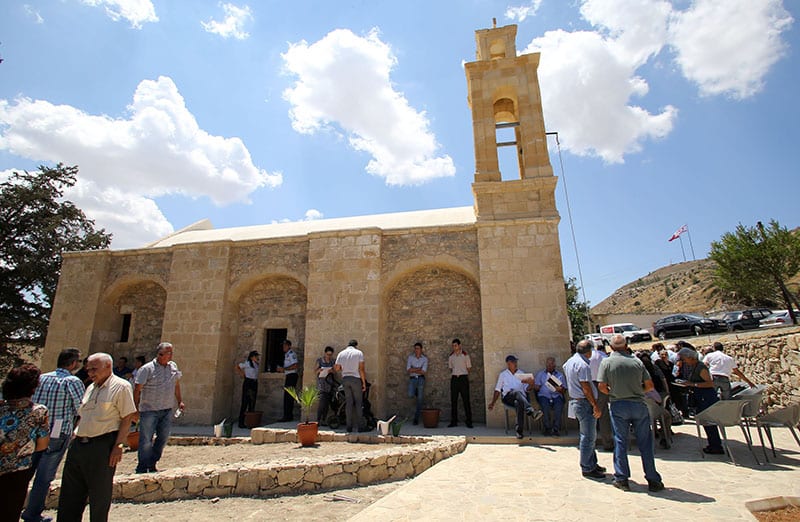 Although a decision has been taken to allow Maronites to return to their homes in two villages in the north, no substantial steps have been taken

Despite a decision almost eighteen months ago, the return of Maronites to their villages in the north has been stuck in limbo due to a lack of political will on the part of Turkish Cypriot officials.

Maronites, whose ancestors migrated to Cyprus from present-day Lebanon during the Middle Ages, lived in four villages before 1974. Two of these villages, Ayia Marina and Asomatos, are under the control of the Turkish army and are totally off limits. There are some military lodgements in Karpasha but the village is not under military control. The fourth Maronite village, Kormakitis has been open to its original Maronite residents to resettle since 2003. At the moment, a total of around 200 Maronites, mostly pensioners, live in Kormakitis and Karpasha.

In July 2017, Turkish Cypriot leader Mustafa Akinci announced that Maronites, who are in full communion with the Catholic Church of Rome, would be allowed to return to all their villages. The decision was taken during a high-level meeting with representatives of the ruling coalition, civilian and military authorities and the Turkish embassy, and a committee for the ‘Maronite villages resettlement project’ was established to study physical, financial and legal aspects. An amount of about 8.5 million Turkish lira (about €1.5 million) in the 2018 budget was allocated for the resettlement project.

However, despite statements every now and then by various Turkish Cypriot officials that a plan for the return of Maronites would soon be unveiled, there has so far been no progress.

In response a to a question during a recent TV interview, Akinci’s undersecretary Gurdal Hudaoglu blamed the financial crisis and stated that the ruling coalition had conveyed to them “that the allocated amount could not be used for the Maronite resettlement project.”

The devaluation of the Turkish lira against foreign currencies has had a big impact on the Turkish Cypriot economy and led the ruling coalition to take a number of austerity measures.

Serdar Denktas, who is responsible for the finance dossier, however, denied that the problem is financial. “The allocated amount is there,” he said. “But a decision by the Council of Ministers and a project is needed so that it can be released.”

Nobody knows who is responsible for preparing this project with officials passing the buck from one to the other. An official from the ruling coalition told the Sunday Mail that the committee established under Akinci’s office should be preparing a project, while a member of that committee said they need a political decision to go forward.

“All the technical studies and reports are ready,” said the member of the committee for the Maronite villages resettlement project, speaking on condition of anonymity. “Now, there is need for high-level political decisions on a number of issues including what the status of the returning Maronites will be. Will they become Turkish Cypriot citizens? Will they just have permanent residence? Will they have the same status as the Maronites living in Kormakitis? Will they be able to elect their own local representatives? All these questions require political decisions, which will determine the course of action.”

The question of who will make those political decisions also remains unanswered. 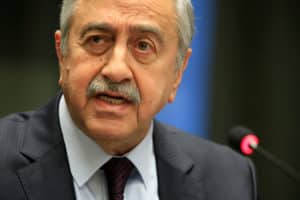 “This is a total collective incompetence,” said senior researcher Mete Hatay from the PRIO Cyprus Centre, who has done extensive research on Maronites and their struggle since 2003 to return to their villages. “Nobody is taking on the responsibility to push forward with this decision. Everyone is hiding behind the other’s back. They are not even able to come out and transparently state what the problem preventing the Maronites’ return is. Turkey is okay with the decision, the military is ready to withdraw from the villages, but somehow, Turkish Cypriot officials are not moving.”

Besides incompetence, there are some “absurd” concerns expressed by a number of Turkish Cypriot bureaucrats, Hatay added, such as how to deal with the return of many Maronites who are married to Greek Cypriots.

“This is total nonsense,” said Hatay. “Anyone who is from these Maronite villages should be allowed to return. What is the threat that will arise from a couple of hundred of peaceful Maronites and their families?”

The Turkish military has stated that it is ready to withdraw from Ayia Marina and Asomatos as long as it is given an alternative location, according to Hatay. This information was also confirmed by the member of the committee for the Maronite villages resettlement project.

Among the four Maronite villages, Ayia Marina was unique in that it was a mixed Maronite – Turkish Cypriot village. The Turkish Cypriots of the village have joined the Maronites in the struggle to return to Ayia Marina. Turkish Cypriot Mehmet Hoca from the village recently posted on his social media account about his disappointment. “We have not been able to make the tiniest progress,” wrote Hoca. “Despite high-level decisions, somehow the return of Maronites is being prevented.”

“The Turkish Cypriots assured us that the decision is there and that there are no disagreements about the return of Maronites,” a Maronite source said. “But we are still waiting for substantial steps to be taken.”

An official from the Turkish Cypriot coalition told the Sunday Mail that a total of 10 million Turkish lira (about €1.7 million) in the 2019 budget, which is currently being prepared, has again been allocated for the Maronite villages resettlement project.

The Maronite population in Cyprus, which is estimated to be around 4,000, is on the verge of extinction. Their identity is gradually fading away as they have been living scattered all over the island since 1974. Their return is seen as a move that could protect the existence of this community and revive its ancient language, which is a variety of Arabic.

“Unless these people return to their villages, we will become the accomplices of a historic ethnic cleansing,” warned Hatay. “This will be the end of the 1,200-year Maronite presence in Cyprus.”

More than 100 injured in Aleppo in suspected rebel gas attack

Property questions: How many witnesses are needed for a rent agreement?