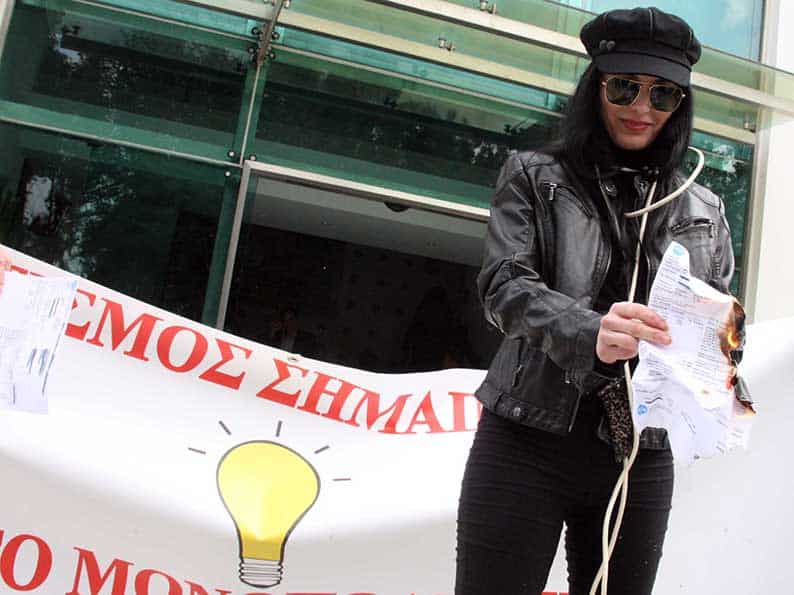 So, we all received our electricity bills for the two months to October which included an approximately 7 per cent increase over the preceding two months, attributed by EAC’s chairman to increased oil prices. We can expect a further 4 per cent increase from November.

According to the chairman, Andreas Marangos, prices cannot reduce while power generation is fuelled by “expensive heavy fuel oil… the company has no wiggle room at all to reduce its charges .. the only way electricity could get cheaper was if the grid switched to natural gas for power generation”. His comment was in response to a comment by the chair of the House watchdog committee in early October that “The government must understand that, with Cyprus having exited the bailout programme, people cannot cope with its policy of extortionate taxes.”

I wrote a couple of articles for the Sunday Mail about the EAC in 2012 after the Mari explosion in July 2011 which caused 13 needless deaths, and a very sharp increase in all electricity bills to make consumers pay for the damage arising from gross governmental negligence.

Despite the rather regular changes in the chairman and other board members, the attitude of the EAC appears to follow the same purposeful dreary and uninformative pattern. In 2016 fuel oil cost almost €246 million and amounted to over 42 per cent of total income (46 per cent in 2015) yet, as in past years, there is precious little information on the subject in the 122 pages of the 2016 Annual Report. Marangos makes no mention in his report at all, although the deputy general manager (there is no general manager at present) did point out that despite a fall in oil prices, fuel oil was 49 per cent of EAC’s total expenditure for the year.

However, within the financial statement there is no comment whatsoever regarding purchasing methods, etc. for this very critical expense. Nothing new there, since it was the same when I analysed the five years of statements to 2010 and wrote articles published in March and July 2012 (and one unpublished article in April). I carried out the research because of the then increasing concerns about the high electricity bills.

My March and April reports were sent to the then EAC chairman who, despite follow-up correspondence, did not respond. However, the then general manager wrote to me in May 2012 and described the content of my March 18 report as “over simplistic”, but failed to comment on my April report and did not reply to my response to him, which answered his various points and sought clarification and more information.

To try and reach a conclusion on the saga, the Sunday Mail asked me to prepare a summary of the key issues I had raised, which they submitted to EAC for comment so that both sides could be published in the newspaper. Although EAC at first agreed to issue their responses, the deadline of Friday, June 22, 2012 passed without their input, and so my questions and comments went unanswered.

Regarding fuel oil, my questions and comments included the following which seem to be as applicable today as they were six years ago:

Why doesn’t the EAC purchase fuel oil in advance at a fixed price to minimise costs when prices are low? Unless the EAC is precluded from doing so by, say, legislation, common sense would dictate that it should be purchasing their own fuel oil requirements in advance through brokers when prices drop. Six years ago, in response to the one article he did reply to, the general manager simply said: “EAC does not make forward purchases.”

What are the details of the international tender procedures that the EAC follows to purchase fuel oil? How many tenders are normally received and what is the rationale behind securing fuel supplies this way? He said: “EAC acquires heavy fuel oil and diesel pursuant to international tender procedures” and “The contracts for the purchase of fuel have a duration of 14 months and the prices are based on those published daily by Platts”. But he provided no explanation as to why the purchasing is done that way. Based on experience, EAC have a very good idea of what their annual consumption will be.

Two other matters I have raised in the past which remain unanswered are the appointment of board members and salaries paid and benefits accrued to staff.

Back in 2010 there were 10 members of the board which included “businessman-computers”, a “Greek literature teacher”, a graduate of mathematics from the University of Leipzig, and “bank employee”; none of which gave much hope that the board was made up of individuals with suitable qualifications and/or experience in the electrical industry.

I received no answer to my question as to what the criteria was for board appointments. In 2016 I see that the board has nine members, of which four are lawyers (including the chairman), two are certified accountants, two are engineers and one is an architect. That is a step up from teaching Greek literature and graduating in maths from Leipzig University but, as already queried, do any of them have knowledge or experience in the industry? Are any board members ever experienced employees who have worked their way up the ladder?

Then there is privatisation. Back in the dark days of 2013 when Cyprus hit a massive self-inflicted financial crisis and was ‘bailed out’ with a mighty ‘loan’ of some €10 billion by the EU, IMF, etc., I recall that one of the Memorandums of Understanding (MoU) very clearly stated that semi-government organisations such as the EAC and CyTA were to be privatised and, in the process, would conjure up a pie in the sky €1.4 billion to help repay the bailout ‘loan’. Indeed, part of Article 3.5 of the September 2014 MoU stated that EAC was to be privatised “by mid-2018”.

The final paragraph of that Article reads:

“The privatisation plan identified by the government after consultation with the programme partners will raise at least EUR 1 billion by the end of the programme period and an additional EUR 400 million by 2018 at the latest, which will be used for public debt reduction.”

I just don’t recall the EU, etc. announcing that all this was no longer necessary. Did I miss something?

So, will switching to natural gas alleviate the price problem? Well, it will obviously help, and maybe a lot, but privatisation is what is required to get EAC operating on a proper commercial basis, and the sooner the better. However, I fear that the very left-wing unions who actually run this country will continue to prevent that, not least because there aren’t any politicians with the guts to defy them.

Save our Brexit: May urges UK public to back her in letter to the nation

An exhibition that reverses landscapes