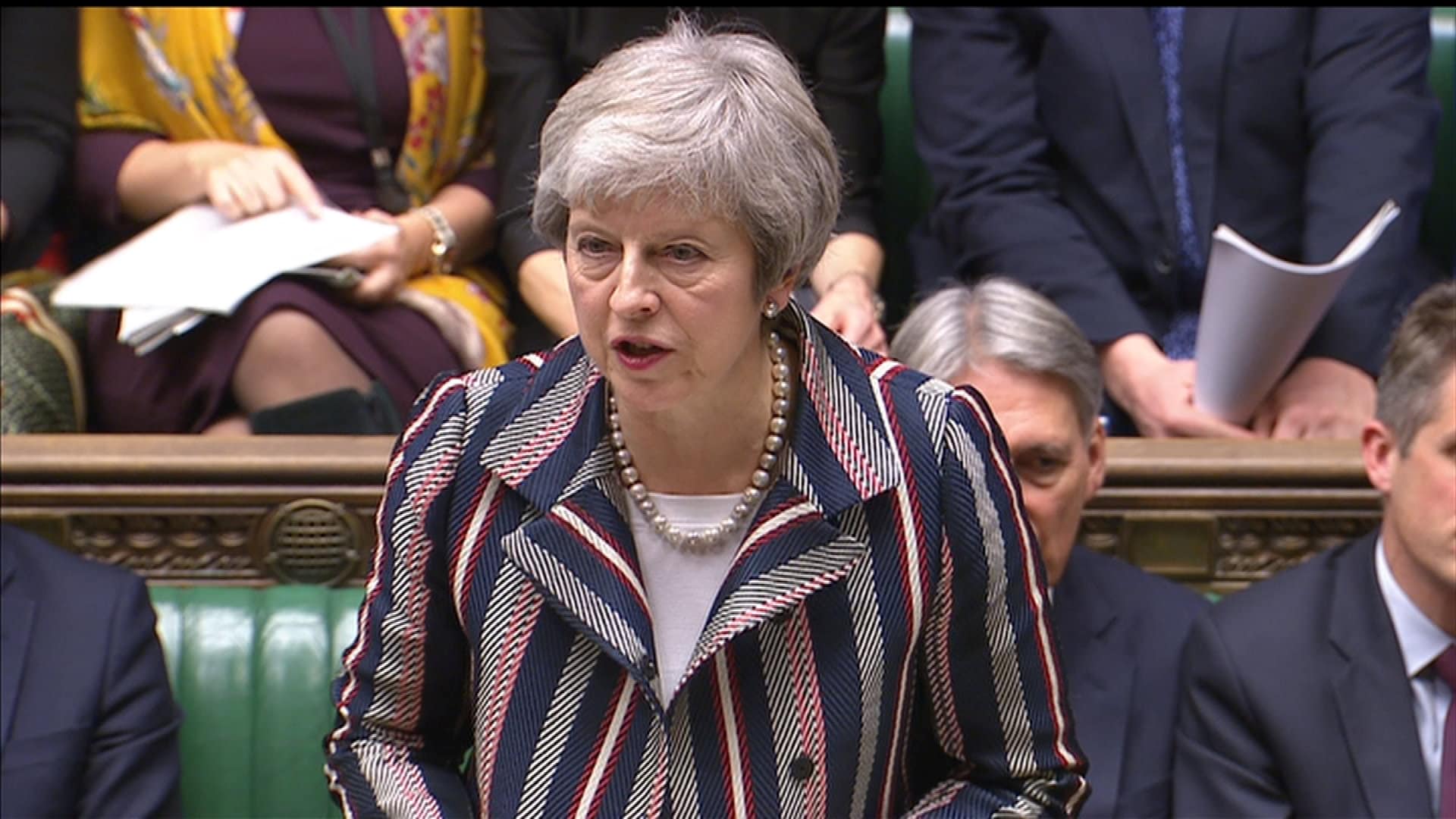 Prime Minister Theresa May warned on Monday that Britain would be thrust into the unknown if parliament rejects the Brexit deal she has negotiated with the European Union, as lawmakers from all sides lined up to criticise the agreement.

Under the deal secured with EU leaders on Sunday, Britain will leave the bloc in March with continued close trade ties, but the odds now look stacked against May getting it approved by a divided British parliament.

As May tried to win over her critics, lawmakers from both her own Conservatives and opposition parties attacked the deal, warning that parliament would not support it, and urging her to set out an alternative plan.

“There is not a better deal available,” May told the House of Commons. “We can back this deal, deliver on the vote of the referendum and move on to building a brighter future .. or this House can choose to reject this deal and go back to square one.”

“No-one knows what would happen if this deal doesn’t pass. It would open the door to more division and more uncertainty, with all the risks that will entail.”

Parliament will vote on the deal on Dec. 11 after a total of five days of debate, May’s office said.

May has warned lawmakers that if they reject it, Britain could face leaving the EU without a deal – something businesses say would hurt the world’s fifth largest economy.

The EU has also been clear that there is very little appetite to reopen the Brexit negotiations if parliament votes it down.

Her plan faces opposition from both eurosceptics and europhiles among her party’s 314 lawmakers and around 313 lawmakers from opposition parties. The 10 lawmakers of the Democratic Unionist Party, the Northern Irish group that props up May’s minority government, said at the weekend they will vote against the deal.

May needs to win a simple majority in parliament – 320 votes if all active lawmakers turn out and vote – but former whips, who have long studied parliamentary arithmetic, say the prime minister may end up needing only 305 votes if illnesses and abstentions are accounted for.

“This will never get through … it is as dead as a dodo,” Conservative lawmaker Mark Francois said, adding he agreed with the Sun newspaper’s verdict that the deal was “a surrender”.

“Prime Minister I plead with you, the House of Commons has never ever surrendered to anybody and it won’t start now.”

Asked if May was confident of getting a deal through parliament, her spokesman told reporters: “Yes.”

May said her deal was in the national interest, but opposition Labour leader Jeremy Corbyn said ploughing on with a deal that did not have the support of parliament was “an act of national self-harm”.

Her de facto deputy David Lidington will meet Labour lawmakers on Monday to discuss the deal, her spokesman said, in a move seen by many as an attempt to win their support.

May sought to reassure pro-Brexit lawmakers angered by comments from French President Emmanuel Macron on Sunday demanding access to UK fishing waters after Brexit. These remarks deepened worries that Britain will be forced into a so-called backstop to avoid a return of controls on the border between Northern Ireland and the Irish republic.

“The EU have maintained throughout this process that they wanted to link overall access to markets to access to fisheries. They failed in the Withdrawal Agreement, and they failed again in the Political Declaration,” May said.

“It is no surprise some are already trying to lay down markers again for the future relationship, but they should be getting used to the answer by now: it is not going to happen.”