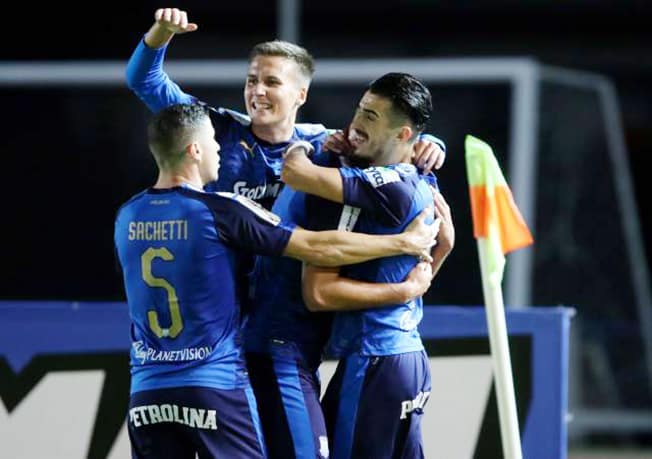 Apollon moved to the top of the table, level on points with AEL, after beating Alki 3-0

There were changes that led to congestion at the top of the table following the weekend results in the Cyprus football championship as five teams are now separated by just three points.

Apollon moved to the top, level on points with AEL, following their 3-0 defeat of Alki and their fellow Limassolians’ thumping by Nea Salamina.

AEK overcame Apoel in a dour match while Omonia and Anorthosis played out a 1-1 draw, a result that favours neither team as they remain nine points off the top.

Nea Salamina produced their best performance of the season as they hammered AEL 4-1. This was AEL’s second consecutive defeat and they have now let in seven goals in the last two games having conceded just two from their opening eight games.

AEL tried to respond and managed to reduce the deficit just after the hour mark through Texeira but it proved too little too late as Tiago rounded off a fine performance by Nea Salamina with a fourth two minutes from time.

The big game on Saturday between AEK and Apoel was settled by a moment of brilliance by Florian Tauleummuse who exquisitely started AEK’s move and was on hand to finish it off with a low drive that beat goalkeeper Boy Waterman for the only goal of the game.

It was admittedly a poor game with neither side willing to commit too many players forward resulting in a game with few chances. The only other chance of the game fell to Ivan Trickovski who ballooned his effort high over Waterman’s goal with only the goalkeeper to beat.

After taking the lead AEK were more than happy to allow Apoel possession of the ball and defend in numbers, something that they did with consummate ease.

For yet another game Apoel were abysmal in attack, unable to penetrate the well-marshalled AEK backline. With Jordanian star Al Tamari out injured for the second consecutive game the champions lacked any incisiveness going forward.

The injury in the fifth minute to Delattorre compounded the problem as his replacement, the Iranian Reza, proved easy to defend against for AEK’s central pairing of Catala and Truyols.

As expected Apollon had no problems defeating Alki despite having six first-teamers unavailable.

Two goals by Facundo Perreira in the first half and a third by Faupala ensured that the Limassol team climbed to the top of the table overtaking both Apoel and AEL.

Omonia and Anorthosis had to settle for a point each in a game that neither side deserved to win.

Omonia opened the score in the 18th minute through Ramirez but Douglao equalised on the stroke of half time with a fierce drive from outside the penalty box.

In the final weekend game Pafos FC defeated Enosis Neon Paralimniou thanks to a late first half penalty by Nemec, while Ermis and Doxa drew 1-1 in Monday night’s match.

Up to 145 whales die after mass stranding in New Zealand

Cypriot names onboard spacecraft due to land on Mars today