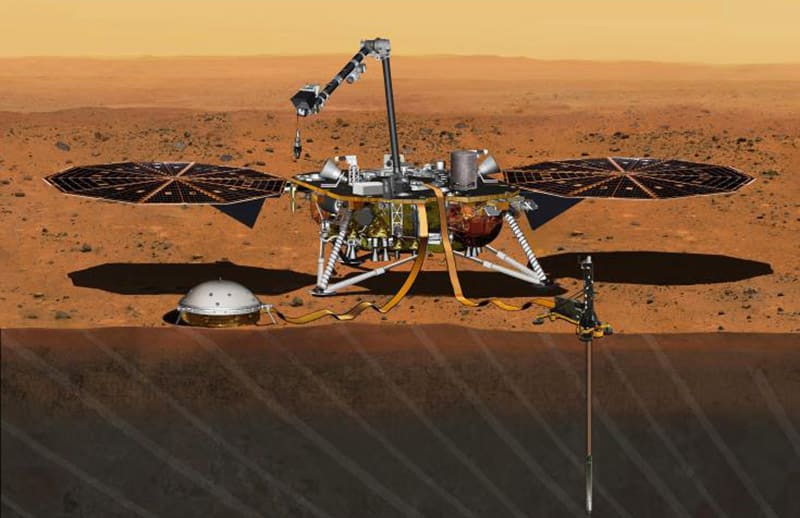 The names of 983 Cypriots on a microchip are onboard the Nasa spacecraft InSight, which is expected to land on Mars on Monday after a six-month trip.

Two microchips on the spacecraft, which is about to carry out tests on Mars, contain the names of 2.4 million people from almost all countries on earth.

The idea of taking names to the planet serves the purpose of a virtual ‘participation’ in space missions.

In Cyprus, 983 people took advantage of the opportunity and registered their name online.

The ‘passengers’ will receive a ‘boarding pass’ and join the equivalent of a frequent flyer programme. Those who have missed the opportunity to take part will be able to do so in future missions.

According to the Cyprus News Agency, the landing of InSight is not going to be easy. It will consist of several stages which are considered complex and difficult.

The last stage is due to commence at 9.40pm Cyprus time.

The aim of the $850 million mission is to study the surface and subsoil of Mars to better understand the history of both Mars and our entire solar system.

“Previous Mars missions have explored the history of the surface of the red planet such as in gorges, volcanoes, rocks, and the terrain, but no mission has so far explored the early evolution of the planet, which can be studied only by looking much below the surface,” said Nasa official Michael Watkins.

“InSight will help us unlock the mysteries of Mars in a new way, not only by studying the surface of the planet, but by looking deep into the ground to learn about the first building blocks of the planet that were prevalent in the past.”

Mars is considered to be the most suitable and closest planet for human beings to settle.

Both national space agencies and private companies have entered a space race to send the first people to this planet in an effort to ensure the continuity of mankind.

Congestion at the top of the table in Cyprus