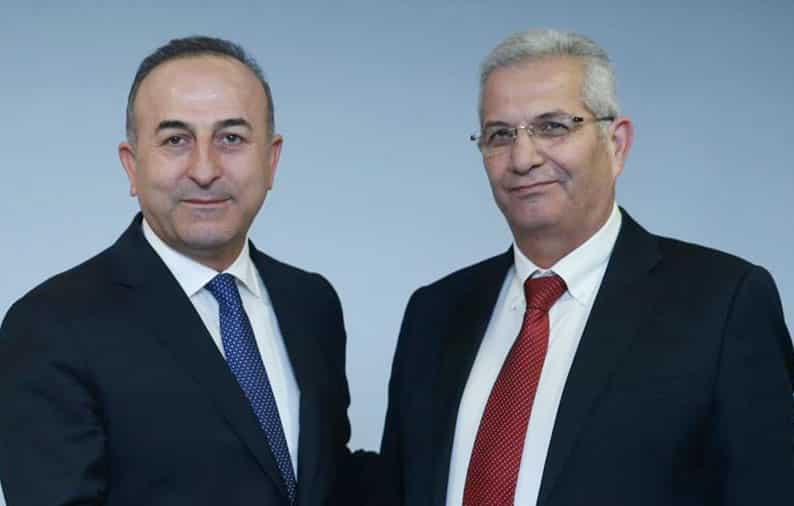 Any rejection of a bizonal, bicommunal federation (BBF) will lead only to partition and not some imaginary ‘decentralised federation’, Akel leader Andros Kyprianou said on Monday.

Kyprianou was speaking at a news conference four days after he met with Turkish Foreign Minister Mevlut Cavusoglu in Turkey. He has remained silent however on the content of those discussions.

The Akel leader said some argue now that the goal of a BBF is unfeasible.

“Now, the idea of ​​abandoning the federation seems to be even discussed in high places.” He added that the alternative – a decentralised state – that is being discussed was a form of partition and any rejection of the BBF would lead to partition.

This in turn would lead to the full assimilation of Turkish Cypriots and their disappearance, that 40 per cent of the island and 60 per cent of its coastline would be eternally occupied by Turkey, while Cyprus would have a 180km border with Turkey where the buffer zone now stands.

By contrast, under the BBF as negotiated under the Guterres framework, Turkish troops would be reduced drastically and Morphou would be returned along with Varosha.
“Of course, no UN framework can 100 per cent meet our own positions but the balance weighs heavily on the positive,” said Kyprianou.

He said that was why when Turkish Cypriot leader Mustafa Akinci asked for a resumption of talks from where they left off in Crans-Montana in July 2017 on the basis of the Guterres framework “we had indicated that Mr Anastasiades should have done so. Instead, the president continued to set terms and conditions,” Kyprianou said, adding that on the eve of the UN chief’s submission of his latest report, Anastasiades raised the ‘decentralised federation’.

“This is reheated food since he has done so at the National Council since 2010. He was then asked… to clarify what powers he wanted to be transferred to the constituent states, but he never made it clear. Now, after two sessions of the National Council, a public debate and a public proclamation about it, he continues to not clarify what he means.”

“What is the purpose of eliminating an existing convergence while attempting to resume the negotiation process? Why is the president stubbornly insisting on not sharing any of his thoughts with us?”

Kyprianou said he assumed it was because there were powers that if they were transferred to the constituent states, it would be clear that “we are not talking about a federation but a confederation”.

While there had always been a clear path forward with regards to the BBF, Kyprianou said everything had shifted to the ‘terms of reference’ the two sides must bring to the UN by the end of the year if talks are to resume.

“If we do not work with commitment to the agreed solution without footnotes and asterisks that overturn it, there is a risk that we will not even reach the terms of reference,” Kyprianou said.

President Nicos Anastasiades said later in the day that he did not wish to comment on information coming from Akel.

He said that he expects Kyprianou to brief him of his contacts “as he ought to, so that I would feel encouraged, if there are the prospects, which he is urging me to follow, for a new dialogue.”

Changes to fund will limit relief to 2013 banking crisis victims