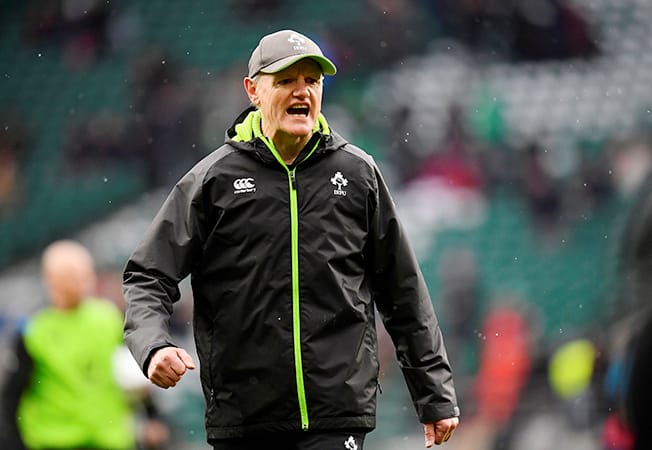 Since taking on the job in 2013, Joe Schmidt has overseen the team's most successful period, winning three Six Nations titles, as well as victories over New Zealand and a series triumph in Australia to announce Ireland as serious World Cup contenders

Joe Schmidt is stepping down as Ireland head coach after the 2019 World Cup in Japan and will be replaced by defence coach Andy Farrell, the Irish Rugby Football Union (IRFU) said on Monday.

Since taking on the job in 2013, Schmidt has overseen the team’s most successful period, winning three Six Nations titles, as well as victories over New Zealand and a series triumph in Australia to announce Ireland as serious World Cup contenders.

Schmidt has been touted as a successor to Steve Hansen as coach of his native New Zealand when both of their contracts expire after the 2019 tournament, though he indicated on Monday that he would take a break from rugby next year.

“I have decided to finish coaching and will prioritise family commitments after the RWC (World Cup) in 2019,” Schmidt, who has spoken previously about his teenage son’s difficulties with epilepsy, said in an IRFU statement.

“There are some inspiring challenges over the next 11 months so there’s plenty of motivation for me to continue working hard, alongside the other management staff, so that the team can be as competitive as possible.”

Schmidt has spent the past eight years in Ireland, having coached Leinster to two European titles before taking the national job and marking his first season in charge with Ireland’s second Six Nations title in almost three decades.

The hugely popular 53-year-old coach’s methodical approach has made him as sought after off the pitch as on it and IRFU Chief Executive Philip Browne paid tribute to his work with local clubs and fundraising for charity.

“Sport has the ability to lift people out of the day-to-day concerns of life and Joe, and his team, have provided historic moments of great joy that will live long in the memories of everyone in the rugby family,” Browne said.

Former dual-code international Farrell has been credited with bolstering Ireland’s defence since coming on board in 2016. Ireland’s 16-9 victory last week made Ireland the first team since 2014 — apart from the Farrell-aided British and Irish Lions — to beat the All Blacks without conceding a try.

Farrell, who was let go by his native England in their post-2015 World Cup clearout, paid tribute to Schmidt, saying it was a privilege to be considered for such a “prestigious role” with the team ranked number two in the world.

“I have learned a lot from Joe over the past few seasons and I will continue to learn from him over the next year as the coaching group and players focus on competing in two huge tournaments in 2019,” Farrell said.

Ireland begin the defence of their Six Nations title at home to England in February before heading to the World Cup, where they have been drawn in Pool A with hosts Japan, Scotland, Russia and Samoa.

Excavation of ancient mosaics proving to be a Herculean task