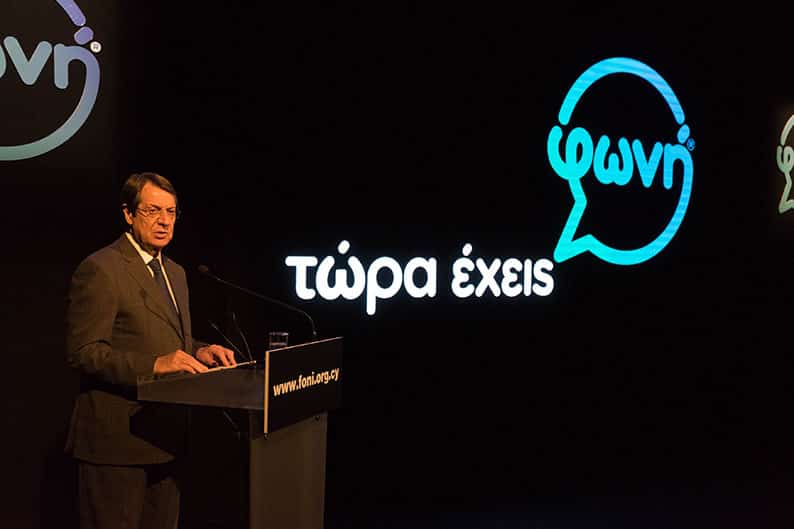 President, Nicos Anastasiades, apologised on Tuesday for granting indiscriminate pardons to molesters of children over 13 and gave reassurances the same mistake would not be repeated.

During his address at the presentation of the Foni (Voice) council for the implementation of the national strategy to fight sexual abuse and exploitation of children and child pornography, Anastasiades admitted to his error, which, he said, was weighing on his conscience.

He said that he wanted to apologise because, “during my election, by custom, while not well thought about, I had awarded a pardon by making a discrimination between those sexually abused considering that criminals who abused children over the age of 13 could qualify for the pardon.”

Anastasiades thanked the head of Foni, Anastasia Papadopoulou, “for pointing out to me this mistake.”

The necessary corrective changes have been made, he said. “I hope that the same mistake will not be repeated, not by myself of course, but by the one who succeeds me. Thank you very much Anastasia,” he said.

He was referring to the early release earlier in the year of a man convicted of sexually abusing a minor. The man returned to his home, to live without supervision in the same neighbourhood as his victim. He had received a pardon, along with others, on the occasion of Anastasiades’ re-confirmation as president. It transpired that it was the age criteria set by the justice ministry that made the man’s early release possible.

During his address, Anastasiades said that the 10-member council, appointed last March, was more than a watchdog for the implementation of the national strategy to fight sexual abuse and exploitation of children and child pornography. He said it is also the voice of victims but also the voice of the state and “of all those struggling to protect and shield children from sexual abuse and exploitation.”

The national strategy to fight sexual abuse and exploitation of children and child pornography, he said, sets the policy directions and is taking the necessary measures and actions to combat these phenomena.

Τhe Foni council, he said, is tasked with promoting, assessing and monitoring the implementation of the Council of Europe’s Convention on Protection of Children against Sexual Exploitation and Sexual Abuse, known as the Lanzarote Convention. Cyprus, he said, is among the few countries that have ratified the Convention.

Foni will also prepare the new national strategy for the next three years.

The coordinated effort by Foni, the ministerial committee that drafted the current national strategy and the Children’s Rights Commissioner, Leda Koursoumba, he said, “has placed our country among the pioneers in the European Union to combat these most heinous phenomena against children.”

Proof of the progress recorded concerning combating child sexual abuse in Cyprus, he said, is the fact that the Council of Europe (CoE) refers to the country “as exemplary model by welcoming the targeted measures we have taken.” The competent committee of the CoE which monitors the implementation of the Lanzarote Convention, Anastasiades said, has decided to organise conferences in Cyprus next year “in recognition of the important work and progress” made by the country in this area.

Anastasiades also referred to the Children’s House, that handles cases of children, victims of sexual exploitation and abuse.

Another innovative step, he said, was also the launch of the website of Foni that provides, round the clock, advice and help.

The website, that also offers advice to parents, teenagers and teachers may be found at: http://foni.org.cy/

A few hours before Anastasiades’ public apology, media reports said that, in total seven persons convicted of sexual offences against children under 13 had benefited by the presidential pardon earlier in the year.

The data was reportedly given by the justice ministry to MPs. The ministry said that no more pardons will be given to paedophiles, reports said