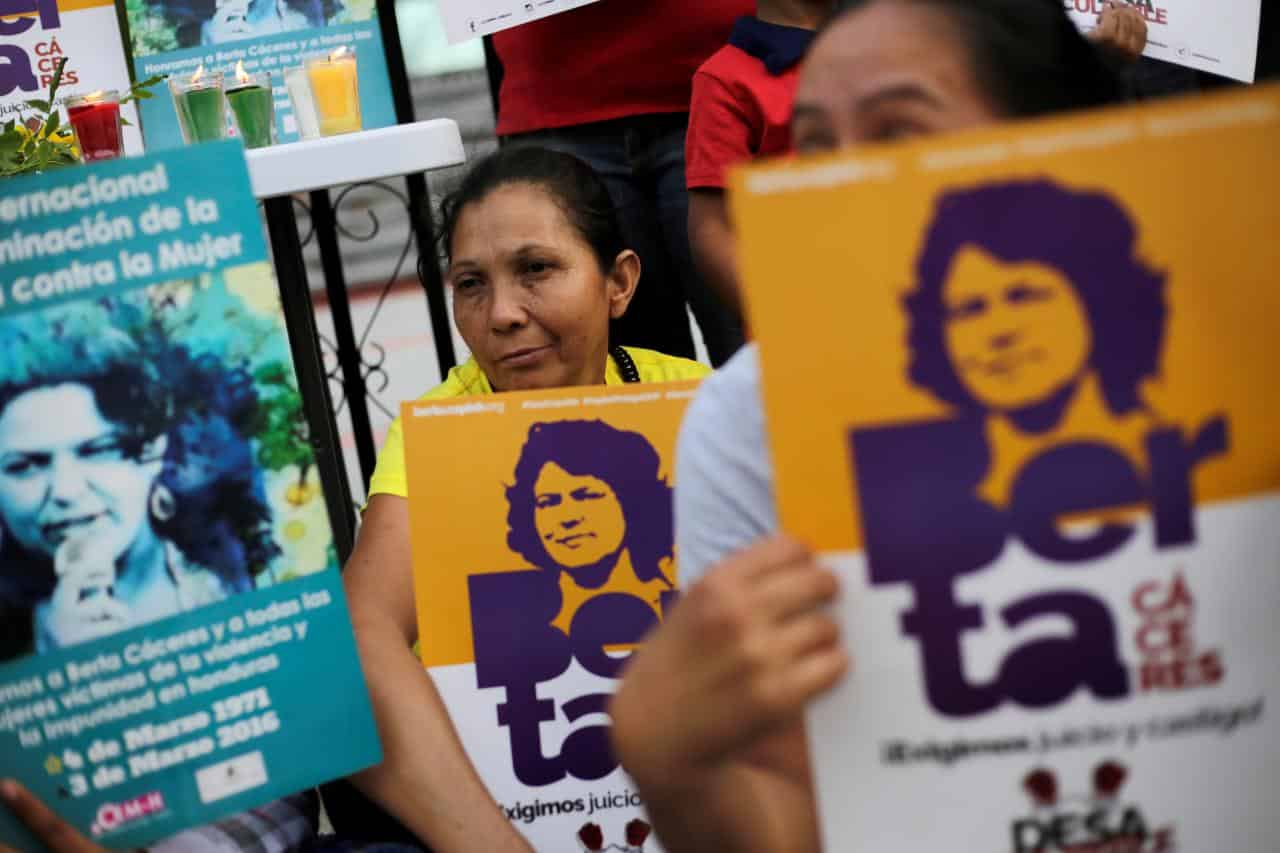 Demonstrators hold signs outside a court during the trial of the men charged with the murder of indigenous environmental activist Berta Caceres, in Tegucigalpa

A Honduran court convicted seven people on Thursday for the 2016 murder of indigenous land rights campaigner Berta Caceres, who led opposition to the construction of a hydroelectric dam on the ancestral lands of her Lenca tribe.

The seven men face up to 30 years in jail, while four of them could spend even longer behind bars as they were also convicted of attempting to kill Mexican activist Gustavo Castro, who was with Caceres during the attack.

Castro was wounded, but survived by playing dead until the gunmen left.

Caceres was shot and killed at her home on March 2, 2016 after receiving death threats over her challenges to the $50m Agua Zarca dam that threatened to displace hundreds of indigenous Lenca.

Caceres won the prestigious Goldman Environmental Prize in 2015 for leading opposition to the dam.

Among those convicted on Thursday was an employee of the DESA construction company behind the project, an active duty military officer plus a retired officer who was a DESA employee.

Sentencing is scheduled to take place in January.

Local and international humanitarian organizations nonetheless criticized the convictions as inadequate as they did not touch other company executives.

“Justice here was not complete because the DESA business owners have not been investigated or prosecuted, although they are the masterminds of the crime,” said Olivia Zuniga, a daughter of Caceres.

DESA has rejected accusations that it was responsible for Caceres’ murder.

DESA executive Roberto David CAstillo has been accused by legal officials in Honduras of helping to direct the crime and is being tried separately.

May says she’s focused on her Brexit deal, not a plan B