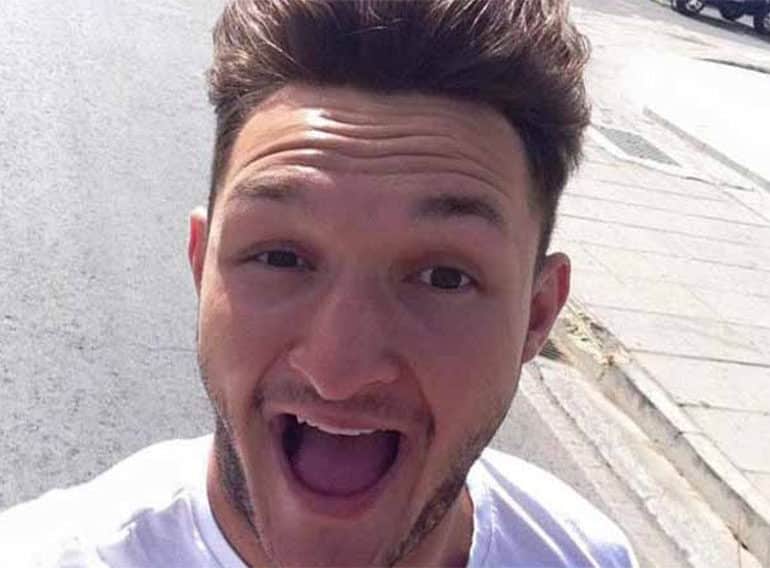 An inquest into the cause of death of George Low, the 22-year-old British man who was stabbed in August 2016 in Ayia Napa, took place on Friday at the Paralimni court. No date was set for the judge to issue his findings.

Present at the hearing were also the parents of the 22-year-old, Martyn and Helen Low, from Dartford, Kent, who flew to Cyprus for the inquiry.

The judge who conducted the inquest, had requested the evidence and other material police had collected concerning the case.

A police source told the Cyprus Mail that they had submitted what the judge requested, and that he is expected to issue his findings soon.

An inquest is a standard procedure held to determine the cause of a person’s death.

The parents of the victim told BBC News prior to their departure for Cyrus that that had many questions about how he died.

“All we know is George was stabbed and he died from those injuries,” Helen Low told the BBC. “We don’t know any details but I think we need to hear them to help us.”

The fact that it took more than two years for the procedure to take place concerning Low’s death, the police source said, was normal, as they first needed to exhaust all margin to locate the suspects.

The two suspects, Mehmet Akpinar and Ahmed Salih, escaped to the north right after the stabbing and were later captured in Kyrenia by Turkish Cypriot police and brought before a north Nicosia court for a remand hearing which centred not on the murder, but their trespassing into a military zone. This is a charge levelled at people crossing into the north by means other than a checkpoint.

Salih was tried for trespassing and travelling on false ID, and after serving a 10-month sentence was also taken to Turkey and released instead of being deported to Bulgaria. One is a Turk of Kurdish origin, the other a Bulgarian Turk. Both have since been freed. They are believed to be in Turkey.

The situation has mobilised many in the UK, including friends and family of Low, MPs and the then British Foreign Secretary, Boris Johnson, who had raised the issue of northern Cyprus’ refusal to hand over to the Republic the two suspects wanted for Low’s murder.

The family had also issued a petition to the UK and EU parliaments as well as UK Prime Minister Theresa May and Johnson, urging them to exert pressure on Turkey to hand over the two accused men to stand trial for murder and attempted murder.

Get in the festive spirit