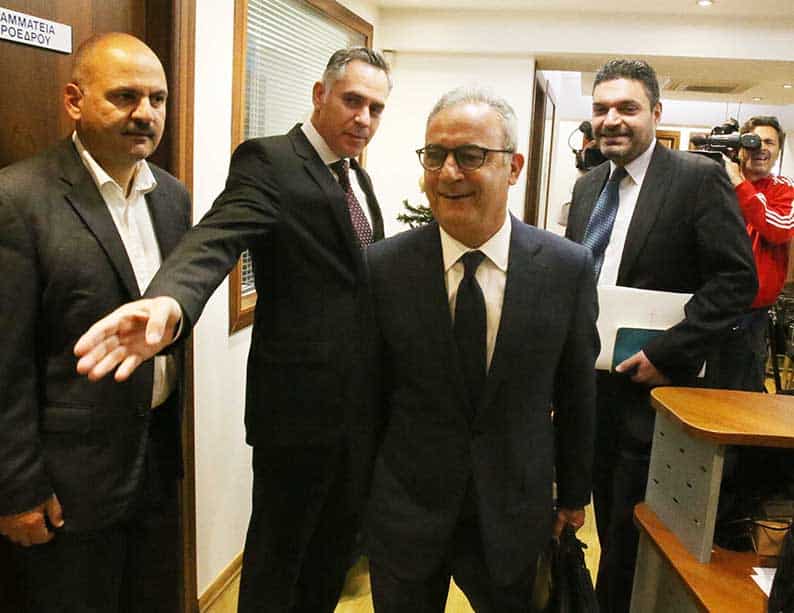 A new proposal on the clustering of municipalities and local government reform is to be ready with the next two months, Interior Minister, Constantinos Petrides, said on Thursday.

Following a meeting with the leaders of Disy and Diko, Petrides said successful societies are those with successful local authorities.

The leaders of Disy, Averof Neophytou and of Diko, Nicolas Papadopoulos, said that they agreed to some basic principles concerning local government reform.

“Local government reform is extremely important as it is not a simple reform but it concerns everyday life,” Petrides said.

“It concerns, the quality and pricing of the water supplied to houses, the relations between the entrepreneur and the state, the ease with which a town or building permit will be issued, concerns social, health, public order issues.”

He added that this reform was multifaceted because it redefines the relations of the central state with the local government in accordance with the principles of subsidiarity, according to which the adequate services should be provided as closely as possible to the citizen.

He said that the European Charter of local self-government defines successful societies as those with successful local authorities.

But in order to do so, he said, there should be economic and administrative autonomy and new responsibilities for the municipalities. He pointed out that the reduction of the number of municipalities was not an end in itself but a prerequisite. “With mergers and unions there will be this critical mass that can adequately provide these services to the citizen at less cost,” Petrides said.

The minister said that precisely because the concept of local self-government is a multifaceted one, in all countries where reforms have taken place as in Germany, Sweden and Denmark, the talks lasted for several years and was a fairly useful period.

“I believe that the conditions have now matured, as judged by the consultations I have had today,” he said.
On when a plan will be ready on which municipalities will be merged including other details of the reform, Petrides said that, although he does not like to set tight timetables, “very soon, within two months, a proposal will be possibly ready.”

He also said that there have been some thoughts on organising local government and euro elections on the same day, but that at the moment, he could not go into details. In any case, he said, this cannot be implemented before the next municipal elections.

Papadopoulos said that consultations will continue.

According to Neophytou, the biggest service that can be offered to citizens is radical reforms necessary for the country and society. The local government reform, he said, is one of those that must be prioritised.

Petrides had said earlier in the year that he would launch a new round of consultations with political parties after a number of government bills for local government reform have been languishing in parliament.

Energy and defence the focus of Serbian meeting (Updated)