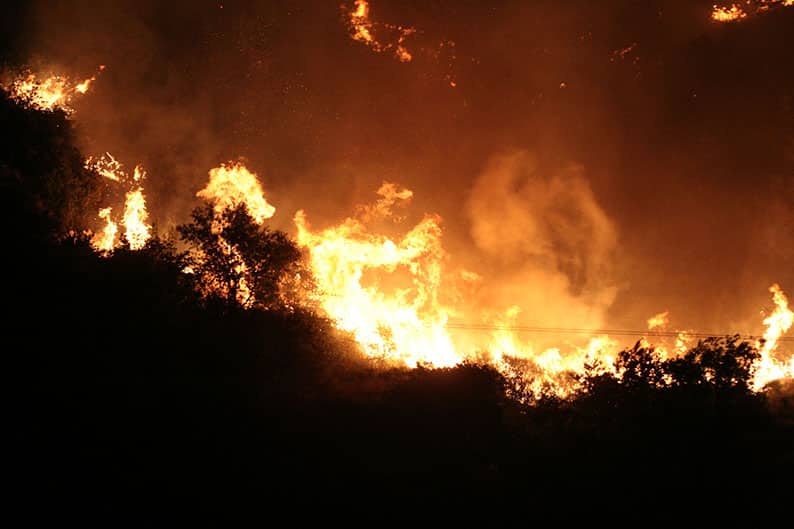 Trees in the Paphos region have had a tough time of it down the decades as arsonists have used their flammable properties to wreak vengeance on both individuals and the authorities.

Arson has a long tradition in the Paphos forest and this year has been no different.

In a period usually marking the end of the fire season, the first two weeks of November this year saw five fires in the Akamas area, with the latest occurring on November 14, burning six hectares of wild vegetation.

The fire broke out on private land between the Paphos villages of Ineia and Pittokopos, spread southwards due to strong winds towards Lara bay, and was extinguished by firefighters just metres from the edge of the state forest.

On November 11 , three fires broke out  – two in Arodes and one in Lara – while another broke out in Peyia on November 4.

In all these cases, the evidence points towards arson, Andreas Christou, the spokesperson of the agricultural ministry’s department of forests told the Sunday Mail. 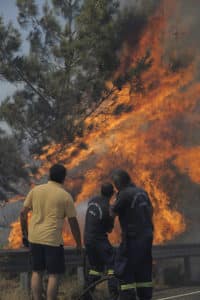 “Just this month we’ve witnessed a series of fires in the extended area of Akamas, and this points to the possibility of a series of malicious acts, which we are investigating with the police,” he said.

In total, 23.5 hectares of land in the Paphos area were burnt in a period that may have been off-season for forest fires, but also marked the start of the hunting season.

“There are various scenarios regarding the reasons for such acts; the fires began with the onset hunting season, and so we are investigating whether the hunters are in some way responsible, though this is unlikely,” Christou said.

An anonymous official of the forestry department told state broadcaster Cybc recently that perhaps the fires were deliberately set by persons wishing to incriminate the hunters.

The other scenario, Christou added, is that the fires were set following the proclamation of the Akamas National Park development plan by cabinet on November 2.

The development includes eight entrances, 14 facilities, such as parking spaces and stands offering refreshments and snacks, three souvenir shops and eight roads totalling 85km, all in an area part of the European network of protected areas, Natura 2000.

This scenario, which also circulated on social media, posits that the forest is purposefully being set on fire to destroy the very factors that designate Akamas as a protected area, to gradually make way for larger-scale and profitable development on the northwest extremity of Cyprus, such as luxury hotels and golf courses.

Cyprus’ natural reserves are no stranger to arson and malicious acts. According to the forestry department, nine out of 10 fires are caused by people, while in the period 2010-2017, which saw a total of 1,001 fires across the island, 197 fires (26 per cent) of the 759 fires that had anthropogenic causes were deliberately set.

In 2018, out of the 57 fires that the Paphos forest endured, which burnt a total area of 227 hectares, 43 or 75 per cent were set intentionally, according to forestry department statistics.

The recent incidents come after Cyprus witnessed a summer tainted by forest arsons, such as the fire in Ayia Paraskevi in the Paphos forest on June 21, which needed some 250 men, 60 vehicles and two helicopters, and burnt one square kilometre of forest land, and for which a 35-year-old was arrested.

Following the arrest of the Pyrgos Tyllirias resident, news reports claimed that the reason behind the arson was the hiring of seasonal forest firemen by the forestry department, and the resentment of some who were not chosen for the job.

If that seems implausible, then the arson-laden year of 1924 suggests otherwise. As bad as 2018 may sound, it pales into insignificance compared to the summer of 1924, described by the British colonial authorities as  “the greatest disaster Cyprus has ever seen”.

That summer saw 38 fires devastate the Paphos forest, all deliberately set by the inhabitants of the villages in the region apparently because the impoverished residents were desperate for work as forestry department officers but had been turned down.

Between July 1 and October 1, 1924, the 38 fires burnt approximately one quarter of the area (10,215 acres or 41 square kilometres). To give a sense of the scale of the destruction, consider that during the 1974 invasion bombardments and other warfare activity in Paphos and the northwest of the Troodos mountain range destroyed approximately 26 square kilometres.

Starkly echoing the possible reason for the fire in Ayia Paraskevi in June this year, the British Principal Forest Officer (PFO) in the spring of 1924 had received a letter signed by desperate “forest villagers” who threatened to burn the forest down because the jobs as forest guards had been given to other villagers.

“When summer arrives we will burn all forests into ashes, because you appoint Forest Guards from villages not connected with forests, and we living in the forests are not appointed,” a letter filed in the State Archives reads.

The British forestry department had hired men from Nicosia and Lakatamia, on the basis that they spoke English, while the forest villagers spoke very little.

Most forest villagers at the time were goatherds or woodcutters, but after the British arrived in 1878 and progressively tightened the existing Ottoman regulations and created new ones concerning goat grazing and forest use, the residents’ ability to adequately survive became increasingly constrained.

In the final report on the fires in the summer of 1924, sent to the colonial chief secretary in Nicosia and dated October 14, 1924, the PFO writes:

According to the PFO, in many cases the forests were also set ablaze to give more work to the people, as the forestry department salvaged burnt material for timber.

Some of the fires, however, were set for less ‘honourable’ reasons than reactions against poverty and lost livelihood.

When fires broke out, British police would round up the able-bodied men of all nearby villages – in this case labourers from 111 villages were assembled – but not many villagers were willing to assist, and so many resorted to hiding out in distant caves, vineyards and ravines, feeding on nothing but carobs and grapes until the rounding up had ended.

Others deliberately set fires to the forest close to or in their own villages so as to be taken to douse those nearby rather than the ones already blazing in areas further away.

While these causes border on the ridiculous, all arsons in the summer of 1924 can be seen as a reaction to poverty, and the villagers’ lost livelihoods as the rigid British policies of afforestation left little space for grazing, which was the main source of the goatherds’ income.

As described by the PFO in October 1924, “last year and this year has seen the full effects of the collapse of the boom of the War period, when everyone had plenty of ready money.”

“It has been a general reaction against the worsening of their position,” the PFO writes, “especially as in the same period, wages have gone down very much too,” and so, according to the PFO, “the uneducated people take revenge for all their ills on the nearest forest, as it being unlikely that they will be caught in the act.”