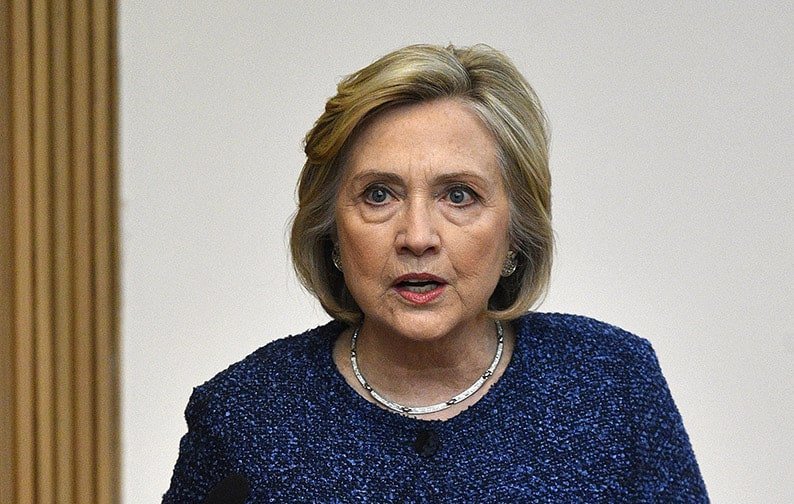 Hillary Clinton does not seem to realise that Donald Trump and people like him are not the cause of populism, just the beneficaries of it

Five of the world’s largest democracies now have populist governments, claimed The Guardian last week, and proceeded to name four: The United States, India, Brazil and the Philippines. Which is the fifth? At various points it name-checks Turkey, Italy and the United Kingdom, but it never becomes clear which. (And by the way, India’s prime minister Narendra Modi is not a populist. He’s just a nationalist.)

It’s embarrassing when a respected global newspaper launches a major investigative series and can’t really nail the subject down. Neither can the people it interviews: Hillary Clinton, for example, admits the she was “absolutely dumbfounded” by how Donald Trump ate her lunch every day during the 2016 presidential campaign. She still doesn’t get it.

“We got caught in a kind of transition period so what I had seen work in the past…was no longer as appealing or digestible to the people or the press. I was trying to be in a position where I could answer all the hard questions, but…I never got them. I was waiting for them; I never got them. Yet I was running against a guy who did not even pretend to care about policy.”

Yes, Trump is a classic populist, but why did he beat her two years ago when he wouldn’t even have got the nomination ten years ago? She doesn’t seem to have a clue about that, and neither do other recent leaders of centre-left parties interviewed by The Guardian like Britain’s Tony Blair and Italy’s Matteo Renzi. So let us try to enlighten them.

Populism is not an ideology. It’s just a political technique, equally available to right-wingers, left-wingers, and those (like Trump) with no coherent ideology at all.

In this era, populism seems to partner best with right-wing nationalist ideologies like those of Jair Bolsonaro in Brazil, Viktor Orban in Hungary and the Brexiteers in England, but even now there are populist left-wing parties like Syriza in Greece and Podemos in Spain.

How does this tool work? It claims to be on the side of ‘ordinary people’ and against a ‘corrupt elite’ that exploits and despises them. It’s light on policy and heavy on emotion, particularly the emotions of fear and hatred. It usually scapegoats minorities and/or foreigners, and it only works really well when people are angry about something.

We know that a politically significant number of people are angry now, because populism is working very well indeed, but people like Donald Trump can’t take the credit.

In politics, as in ecology, every niche is always filled. There are always dictator-in-waiting, would-be martyrs, and everything in between, but they only get a chance to shine if the political situation creates an opening for their particular kind of politics. So what is creating that opening now?

The anger is about the fact that the jobs are disappearing, and what’s killing them is automation. The assembly-line jobs went first, because they are so easy to automate. That’s what turned the old industrial heartland of the United States into the ‘Rust Belt’. What’s going fast now are the retail jobs, killed by Amazon and its rivals: computers again.

The next big chunk to go will probably be the driving jobs, just as soon as self-driving vehicles are approved for public use. And so on, one or two sectors at a time, until by 2033 (according to the famous 2013 prediction by Oxford economist Carl Benedikt Frey) 47 per cent of US jobs will be lost to automation. And of course it won’t stop there.

Why don’t clever politicians like Hillary Clinton get that? Perhaps because they half-believe the fantasy statistics on employment put out by governments, like the official 3.7 per cent unemployment rate in the United States. A more plausible figure is American Enterprise Institute scholar Nicholas Eberstadt’s finding in 2016 that 17.5 per cent of American men of prime working age were not working.

That’s three-quarters of the way to peak US unemployment in the Great Depression of the 1930s, but it goes unnoticed because today’s unemployed are not starving and they are not rioting. You can thank the welfare states that were built in every developed country after the Second World War for that, but they are still very angry people – and they do vote. A lot of them vote for populists.

Populism thrives when a lot of people are angry or desperate or both. Donald Trump and people like him are not the problem. They are symptoms (and beneficiaries) of the problem – yet they dare not name it, because they have no idea what to do about automation.