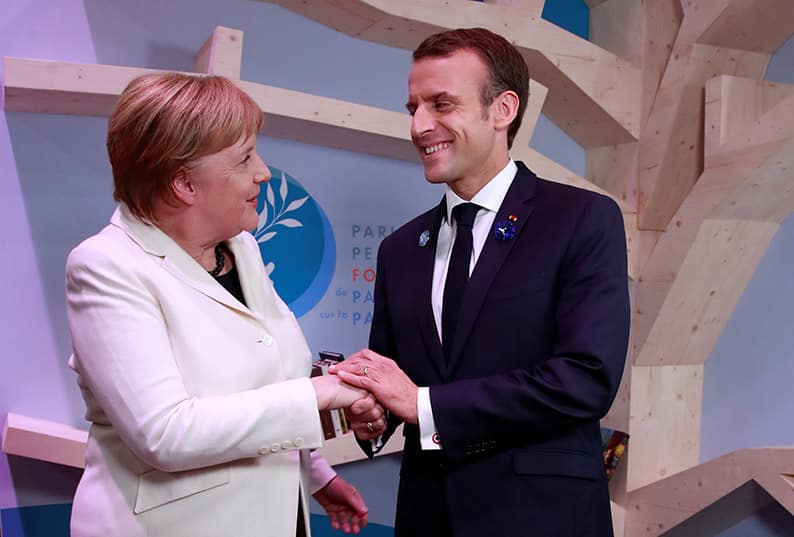 THE way countries look at their past say a lot about how they envision their future.

Coming from a country where to view the past means selective and dishonest remembering, half-truths and lack of self-criticism are the norm, seeing the way France and Germany handle theirs is both amazing and enviable.

I was in Paris for the Peace Forum on Armistice Day last month. The events organised for the anniversary of the World War I armistice, not only marked 100 years since the end of the war, but brought forward powerful acts of reconciliation between France and Germany.

The two countries, which fought each other mercilessly in not only one, but two world wars, have been able to leave behind their bloody past and build a joint future.

On this year’s Armistice Day, French President Emmanuel Macron and German Chancellor Angela Merkel jointly visited the site where Germany signed the armistice in 1918, and then Hitler, in an act of revenge, forced France to accept defeat in 1940. It was the first time since 1940 that leaders from France and Germany had met at this historic site. As the French and German national anthems played, the two leaders laid a wreath and unveiled a plaque celebrating the reconciliation between their countries.

Millions of deaths, years of bloodshed, indescribable suffering … yet Macron and Merkel were now hand in hand, commemorating both the French and German victims, condemning nationalism and praising unity.

Their every act, every sentence, every message were lessons in reconciliation, forgiveness and vision.

“I’ve seen where, jumbled together in mass graves, lie the bones of German and French soldiers who, one freezing winter, killed one another for a few metres of ground,” said Macron during his speech. “The lesson of the Great War cannot be that of resentment by one people against others… It’s a rootedness that forces us to think about the future and what is essential.”

On the same day, at the opening of the Paris Peace Forum, Merkel said the two world wars were “examples of the disastrous consequences a lack of compromise in politics and diplomacy can have”.

“It’s anything but self-evident” that Germany and France should have such friendship now, “especially after the suffering that Germans caused to their neighbour, to Europe and the world in two world wars,” she added.

There were no triumphant statements, no valour, no display of military might during the Armistice Day events. No fighter jets circling the skies, no glorification of war and killing, no nationalist slogans. There was no distinction between the victorious and defeated, but a lot of looking at the past, reflecting, reconciling, and moving on with a strong commitment to peace. And a deep respect – regardless of their nationality – for the people, who lost their lives in past wars.

“Patriotism is the exact opposite of nationalism: nationalism is a betrayal of patriotism,” Macron said in his speech on Armistice Day. “In saying ‘our interests first, and who cares about the rest’ you wipe out what’s most valuable about a nation: its moral values.”

Macron was talking about the same nationalism that makes us want to fight rather than compromise, prefer the dangerous unknown to reconciliation, go for permanent partition rather than a united Cyprus.

When will we ever learn?