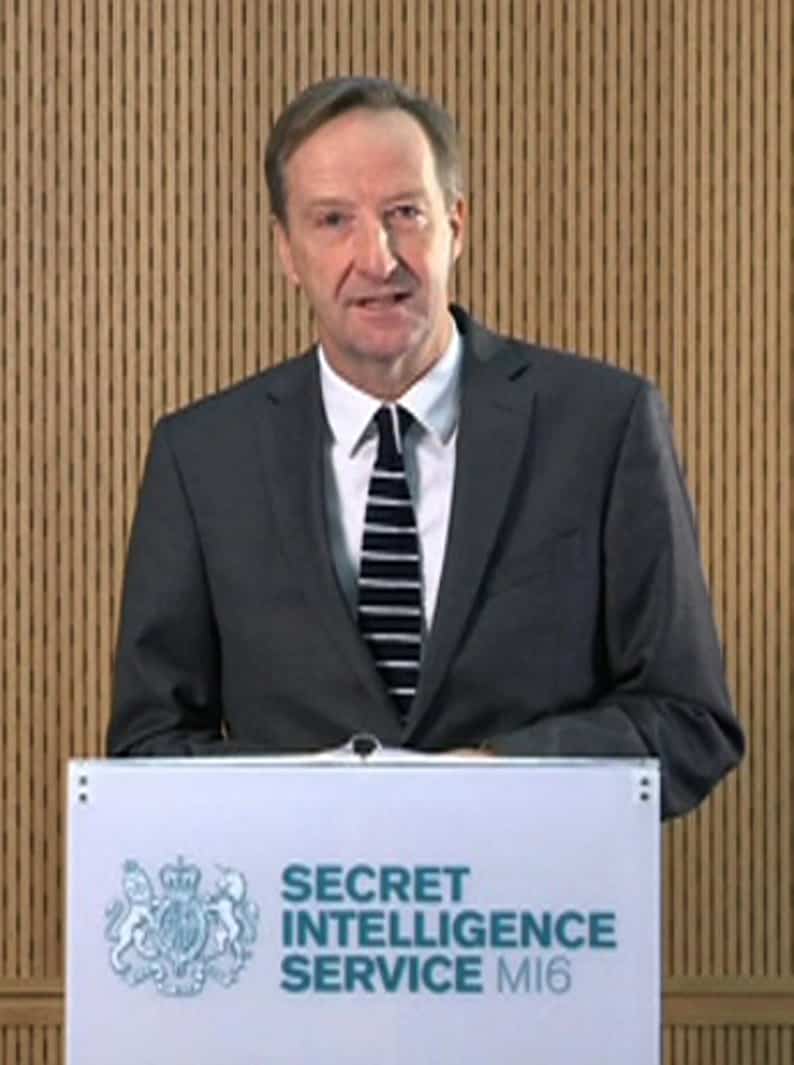 The chief of Britain’s foreign intelligence service warned the Kremlin on Monday not to underestimate the West after a brazen nerve agent attack on a retired double agent in England stoked fears about Russian covert activity abroad.

In his second major speech since being named in 2014 to head the Secret Intelligence Service, or MI6, Alex Younger, ranged across the global threats faced by Britain as it prepares to exit the European Union in less than four months.

Russia, the only national adversary named in his scripted speech, has a stance of “perpetual confrontation” with the West, said Younger, citing the nerve agent attack on former Russian agent Sergei Skripal in March in the English city of Salisbury.

Western allies ordered the biggest expulsion of Russian diplomats since the height of the Cold War in response to the attack, in which Britain said Russian GRU military intelligence agents had used the Novichok nerve agent against Skripal.

“The Russian state used a military-grade chemical weapon on UK soil,” Younger told students at the University of St Andrews in Scotland, where he once studied economics and computer science before joining the British army and then MI6.

“Our intention is for the Russian state to conclude that, whatever the benefits it thinks it is accruing from this activity, they are not worth the risk,” said Younger.

Moscow has repeatedly denied any involvement and accused British intelligence agencies of staging the attack to stoke anti-Russian hysteria.

Skripal, an officer in Russian military intelligence, betrayed dozens of spies to MI6, though he was later pardoned and exchanged in a Cold War-style spy swap.

The motive of the attack remains unclear, as is the logic of using such an exotic nerve agent, which has overt links to Russia’s Soviet past.

“Basically, power, money and politics is going east,” he said. “That’s a new political reality we need to adjust to.”

He said 5G reliance on Chinese technology was something Britain needed to discuss, though a bigger issue was the likely Chinese future dominance of emerging technologies.

Younger said he had been struck by President Xi Jinping’s “made in China” ambitions and that Beijing could within decades dominate all of the key emerging technologies, particularly artificial intelligence, synthetic biology and genetics.

“This is something we really need to think about,” Younger said. “The future of knowledge is in play.”

A career spy who joined MI6 as the Soviet Union was crumbling, Younger said that while technologies advanced, human intelligence remained crucial.

“Even in an era of artificial intelligence you need human intelligence, in fact it will become even more important.”

In a recruitment pitch, Younger gave some details of his own life, including drinking obscure homemade alcohol in an attempt to penetrate an organisation intent on genocide in the Western Balkans in the 1990s.