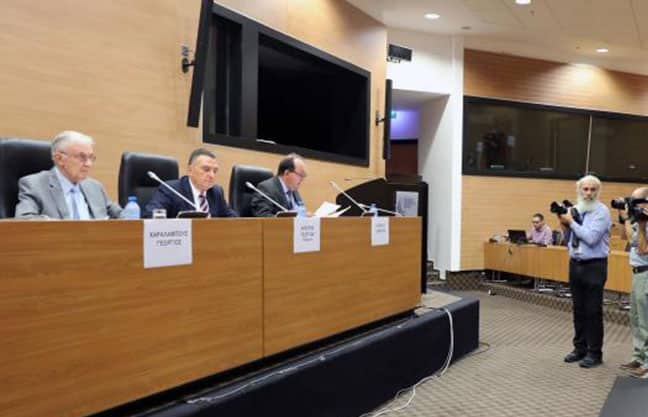 The co-op inquiry continued on Monday

Some of the staff working for the Cyprus Co-operative Bank’s non-performing loans (NPL) division themselves held delinquent loans with the lender, a former senior manager revealed on Monday.

Varnavas Kourounas, formerly the head of the co-op’s division in charge of managing NPLs, was testifying for the third time before the panel investigating the causes for the demise of the lender, which was wound down five years after it was nationalised in 2013.

Kourounas has since left the lender, and is currently the managing director of Altamira Asset Management, the Spanish firm which under a 2017 deal came to own 51 per cent of a joint unit to which the bank would outsource the management of its delinquent portfolio. The other 49 per cent was owned by the co-op itself.

Responding to questions, Kourounas confirmed the case of an employee at the NPL division who personally had delinquent loans with the co-op. Not only that, some of his relatives also had loans in arrears.

Asked how this was allowed to happen, the witness speculated that perhaps the bank had to rely on existing staff to get its work done.

The panel heard that, in 2017, 162 employees at the co-operative bank had loans arrears amounting to €30m.

Asked why the bank did not recover the loans by docking the wages of these employees, Kourounas said the lender initially did not have this policy in place.

Later, letters were sent to the individuals in question and efforts were made to restructure the bad loans.

He was not aware whether these attempts had since come to anything.

According to Kourounas, by the end of 2017 the lender had managed a considerable reduction of the NPLs on its books.

After European authorities amended the definition of NPLs, he said, the bank had to focus on debt-for-equity swaps (acquiring ownership of mortgaged properties). This helped a great deal.

The panelists asked Kourounas why the bank allowed some loans to become so inflated that they were subsequently forced to write them off their books altogether.

The witness said that post-2013 the lender lacked the staff to handle the hundreds of delinquent accounts, and in the meantime several cases were bogged down in litigation.

Citing his own data, Kourounas said that at the moment the legacy co-op’s NPLs stand at about €6bn, relating to 57,000 accounts, of which 3,141 are in the process of termination.

For another 8,844 accounts, corresponding to €944m, a court decision has been issued.