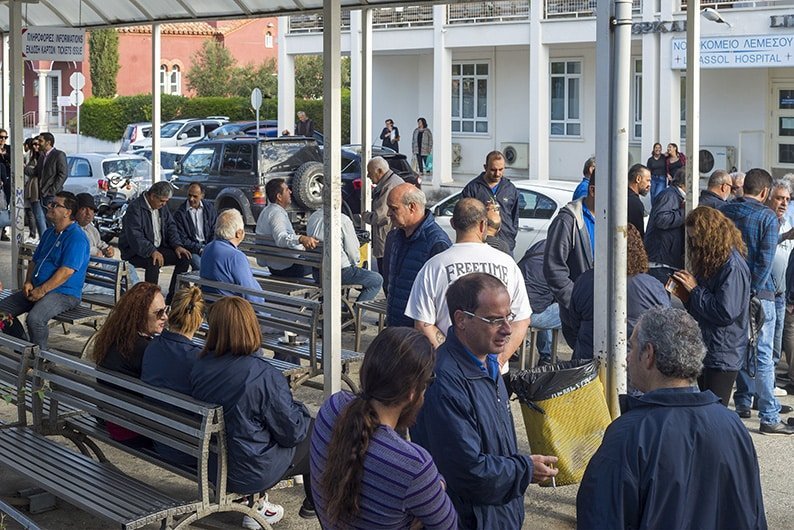 The government signed off on Monday on financial contributions to the Larnaca and Limassol bus companies, though only Larnaca’s Zenon announced the postponement of strike measures, with public transport strikes in Limassol and Paphos expected to continue on Tuesday.

Employees of Larnaca bus company Zenon announced on Monday that they would postpone strike measures in view of the company’s reassurances that salaries for the month of November would be paid by December 6 at the latest.

Strike measures by employees of Limassol bus company Emel, who received confirmation on Monday that their November salary would be paid on Tuesday, are expected to continue.

Union reps told CNA that strike measures by Emel would continue until they receive the transport ministry’s and the company’s commitment in writing regarding future salaries until 2020, when their contract is to be terminated.

In an announcement later on Monday, Emel confirmed that salaries for November would be paid on Tuesday, while recognising that “this development does not constitute a permanent solution to the viability problem that has been created.”

The government’s contribution of €800,000 would cover basic salaries for November, but Emel CEO Giorgos Kyriakou told Cybc that it was not enough for the company cover its other financial obligations, such as overtime.

The striking employees who gathered from the morning at the main bus station at the old Limassol hospital told Cybc that the company’s inability to pay wages was just the final straw as they were facing many other long-term labour issues which had yet to be resolved.

“Once again, about 300 workers are suffering from the failure to pay their wages and we are causing suffering for the travelling public in our district,” Limassol district secretary of the SEK transport workers’ union, Yiannis Tsouris, told the Cyprus News Agency.

He said that stopping the strike meant not just a promise to pay the November salaries but also the next 20 months of the contract with the companies and the state.

“We want to ensure pay is not unimpeded pay for at least the next few months,” he added.

Employees of the Paphos company, Osypa, who threatened an indefinite work stoppage from Monday, are also expected to carry on with strike measures.

Osypa stopped working at 6am when around 120 bus drivers, technicians and secretarial staff went on strike.

Some 5,000 pupils and 3,500 passengers were affected by the Paphos strike.

The government spokesperson Prodromos Prodromou called on all striking companies and employees to call off all strike measures to give way to talks, through which payments can be decided with companies.

He highlighted that while strike measures continue, the talks that must be initiated by the director general of the transport ministry, Stavros Michael, with the public transport companies could not begin.

Thousands of public transport users, mainly students, were without buses on Monday as wrangling continued behind the scenes between transport officials and bus companies.

The director general of the transport ministry, Michael had said on Sunday that payments to bus companies in Nicosia, Limassol, Larnaca and Famagusta would be made on Monday to avoid more strikes.

Germany to back Russian gas link despite Ukraine tensions