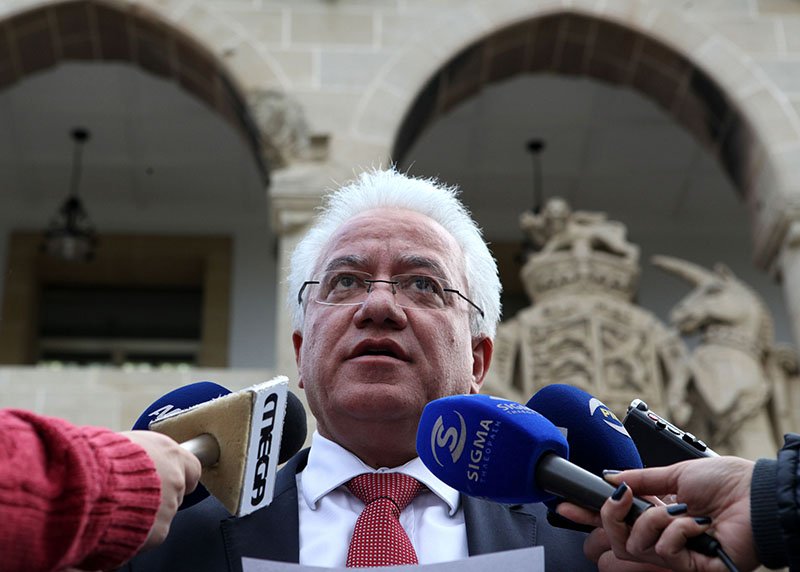 The head of the Cyprus Sports Association (KOA), Kleanthis Georgiades, revealed on Monday that he had received such serious threats in the past over the introduction of the football fan ID card that police had to patrol his house.

He was speaking at a session of the House legal affairs committee at which MPs were discussing the possibility of revising regulations concerning the fan card which was recently introduced in a bid to combat hooliganism.

MPs heard that a survey is underway by the Cyprus Football Association (CFA) to determine what has led to the decrease this year in the sale of tickets for football matches.

The committee had said it would reassess the football fan card after first division clubs claimed that their introduction had led to a 30 per cent decrease in ticket sales. Observers, however, suggest that live television broadcasting, match-fixing and poor performances by certain teams, had probably caused more damage to the game.

Justice Minister Ionas Nicolaou had said last week that the government would not scrap the controversial card but would look into amending provisions to reduce certain hooliganism offences included in the wider law from criminal to disciplinary.

Speaking after the committee meeting, Nicolaou said that even though there is a margin for discussion as regards football violence, there cannot be any concessions.

He added that the government is ready to discuss amending the law on the fan card along its initial suggestion. This was that the football clubs themselves issued the card and kept the sports fans registry. When the football clubs refused, the job was handed over to KOA.

Nicolaou said that under the government’s latest proposal a fan who does not wish to have their fan ID card issued by one of the clubs can have one issued by KOA.

But he added that the football clubs presented a different position at the committee meeting than the one agreed to at an earlier meeting at his ministry.

“If clubs reiterate that it would be best for things to remain as is, then we are ready to discuss any other issues that have been put forth such as reviewing some offences from criminal to disciplinary,” Nicolaou said.

He said that his ministry has prepared a suggestion which will be discussed with the police, KOA and CFA.

“We are not talking about reviewing offences dealing with actions provided for either in conventions or offences which Fifa or Uefa consider as serious offences, or offences which most countries have included in their legislations,” he said.

The minister said that his ministry is expecting the results of the survey carried out by CFA as to the reasons why fewer sports fans are attending matches.

Georgiades said that he accepts and respects reactions against the fan card, but that if the football clubs and the state are patient the situation would improve.

He said that it is well-known that many offences had been taking place in stadiums during football matches such as drug trafficking and several forms of violence.

“Until the past few years, stadiums were a space where illegality hatched,” he said.

He added that he had received such serious threats, that police had arranged for patrols outside his house.

“We have been through difficult times and we still do. But that does not stop me or my associates,” he said.

He also said that the reply to those against the measure were the 60,323 people who are now registered holders of the fan card.

Georgiades stressed that authorities must “stand the pressure”, as there cannot be any concessions over security and the protection of law-abiding sports fans.

The fan card, aimed at cracking down on hooliganism, was introduced last August following a long discussion in parliament and football clubs mainly on concerns of violation of personal data, as its holders had to provide some details such as identity card number and address.  It was opposed by fan clubs of all major football clubs, citing concerns that police would use the data to keep tabs on them.

Champions League to use VAR from knockout stages