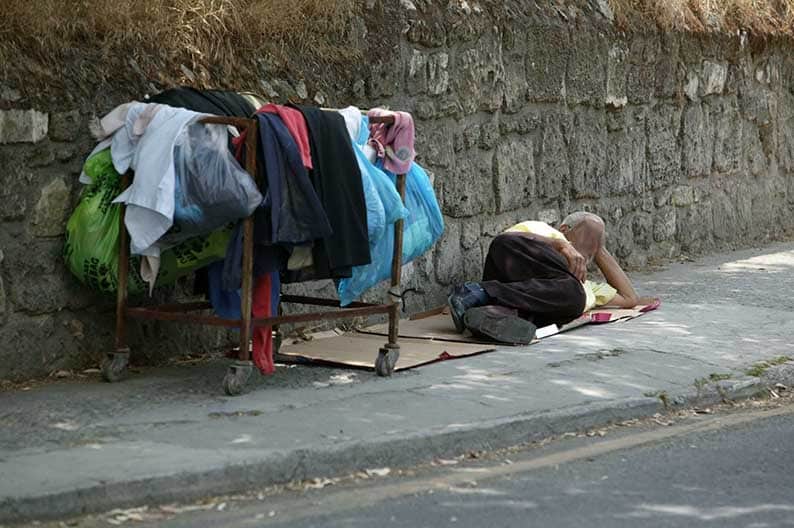 The number of homeless people on social welfare’s radar has more than doubled each year since 2015 with 129 cases being managed last year compared with 49 in 2016 and 26 in 2015, labour ministry data revealed on Monday.

The figures were presented to the House interior committee in written form during its discussions on soaring rents, in reply to an earlier request by MPs for the data.

Minister Zeta Emilianidou’s response said the vast majority of homeless people were third-country nationals and EU citizens, many either on the island illegally in the case of the former.

According to the data by district, Nicosia had no recorded homeless people in 2015. Today there are 49.

Limassol in 2015 had 13 cases, which last year jumped to 24. In Larnaca 40 cases were recorded in 2017 compared with only four two years previously.

Of the total 129 cases, 76 are receiving state financial assistance, double the number receiving benefits in 2016 and four times as many as in 2015.

Emilianidou’s response said the main reasons some people end up homeless included psycho-social or psychiatric problems, addictions to drugs or alcohol coupled with a lack of family and societal support. She also said some homeless people declined help when it was offered.

The minister’s submission did not address the issue of growing homelessness as a result of higher rents.
Lefteris Georgiou, head of the ‘Movement for the right to shelter’, who attended the House committee meeting said the state had “once again exposed itself as non-existent for those who need it”.

His movement would continue its battle for housing for all, and even go so far as to take legal measures if necessary, not only in Cyprus but abroad if necessary, he said.

MPs also bemoaned the situation as they had during a similar discussion last week where it was revealed that rents in Cyprus were comparable to – sometimes even higher than – some of the most expensive cities in Europe, like Amsterdam and Barcelona.

Disy MP Nicos Nouris said after Monday’s meeting, it would be useful to examine how Cyprus finds itself in the current situation. He pointed out that the state in its rent subsidy policy for Greek Cypriot refugees had already raised it twice by a total of 25 per cent since January. He did not go as far as criticising the elevation of refugees above other vulnerable groups, only that successive governments’ housing policies has failed and needed to be changed.

“All these policies achieved was managing to create millions in non-performing loans,” he said.

Nouris said MPs expected to see a comprehensive submission by the interior ministry on the new housing policy by the end of January 2019.
Diko MP, Pavlos Mylonas, said the state was always playing catch-up instead of addressing social problems from the outset. He suggested that many Turkish Cypriot properties managed by the state had tenants that were not entitled to them. Other were being left unused, he said, adding that the labour ministry representative promised to look into that.

Greens MP Charalambos Theopemptou said the Land Development Corporation should look at building more homes for low-income families, while Elam MP Linos Papayiannis suggested building more student accommodation away from city centres, especially in Limassol where the University of Technology, along with a slew of luxury high rises has driven up demand and thus rents.

Addressing the MPs, Interior Minister Constantinos Petrides said the state was working on its new housing policy, while at the same time trying to come up with ways to respond to the immediate housing needs of low-income families.

Our view: Estia scheme in keeping with short-sighted populism