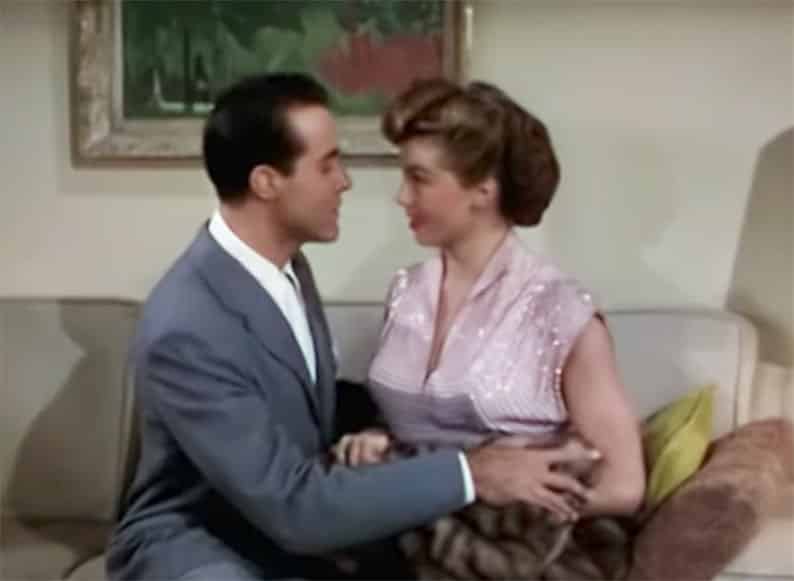 Written in 1944, the catchy duet about the efforts of a man to dissuade a woman from leaving has been recorded by such musical greats as Dean Martin, Ray Charles and Dolly Parton

Music is as much a part of the Christmas season as nativity scenes, snow and Santa grottos.

But some seasonal songs are now associated more with causing offence than festive cheer, and last week a U.S. radio station pulled “Baby It’s Cold Outside” from its playlist after objections from listeners.

Here are three festive classics that have proved contentious.

The irreverent Pogues and Kirsty MacColl classic regularly tops lists of favourite Christmas songs, but there have been calls for it to be banned over the word “faggot”, a derogatory term for gay men.

In the original recording Kirsty MacColl sings, “You scumbag, you maggot / You cheap lousy faggot,” at The Pogues’ frontman Shane MacGowan, in reply to him calling her “an old slut on junk”.

In December 2007, one of Britain’s biggest radio stations BBC Radio 1 briefly edited out the words “slut” and “faggot”, which is also an Irish colloquial word for a lazy person.

The BBC later backed down after protests and its stations now play the original.

“The word still has power, sharp cruel fangs, and is still used to demean and destroy lives of young people up and down the UK,” Justin Myers, an openly gay writer, said on his blog last month.

“For certain members of the LGBT community, that one word might have screwed over their entire coming out process,” Tom Haynes, the assistant editor of British student publication The Tab, wrote in an article on Tuesday.

Written in 1944, the catchy duet about the efforts of a man to dissuade a woman from leaving has been recorded by such musical greats as Dean Martin, Ray Charles and Dolly Parton.

But some feel that lyrics such as “say, what’s in this drink?” and the responses – “beautiful what’s your hurry” and “baby don’t hold out” – are inappropriate in the post-#MeToo era.

“When the song was written in 1944, it was a different time, but now while reading it, it seems very manipulative and wrong,” DJ Glenn Anderson posted on the website of WDOK, the U.S. radio station that decided not to play the song.

However, some feminists have defended it.

“It’s a joke about how she’s perfectly sober and about to have awesome consensual sex and use the drink for plausible deniability,” an anonymous user wrote on the social media site Tumblr.

“Because she’s living in a society where women aren’t supposed to have sexual agency.”

‘DO THEY KNOW IT’S CHRISTMAS’

This plea to help Africa by Band Aid, a star-studded ensemble that included Bono, Paul McCartney and George Michael, raised millions of pounds for famine relief in Ethiopia in 1984.

But many commentators said lyrics such as “there won’t be snow in Africa this Christmas” and “where the only water flowing/ is the bitter sting of tears” paternalistically stereotyped a continent.

“Yes, they do know it’s Christmas time in Africa, because huge swaths of that vast continent are Christian,” journalist Bim Adewunmi wrote in Britain’s Guardian newspaper on the song’s 30th anniversary in 2014.

Singer Bob Geldof hit back at the critics.

“It’s a pop song, it’s not a doctoral thesis,” he told the Telegraph newspaper.