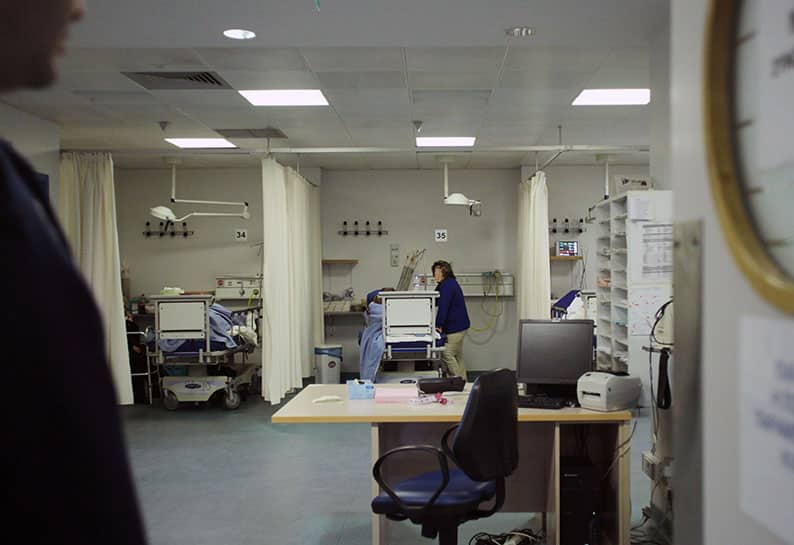 EXECUTIVES of the organisation tasked with overseeing the administrative and financial autonomy of state hospitals – the stepping stone to the rolling out of the National Health Scheme – were hauled over the coals on Thursday, with one alleged to have cheated on his taxes and another of failing to disclose information that might otherwise have revealed a conflict of interest.

In parliament, MPs were discussing the findings of a report by the auditor-general, showing that David Nicholson, the chairman of the organisation of state health services (Okyy), had not stated all his business affiliations when applying for the position and as required by law.

The law states that Okyy members have a conflict of interest if they are linked to “any businesses dealing with health issues.”

Okky members are also required to state the interests of up to 4th degree relatives.

For example, since May of this year Nicholson has served as interim chairman of the board of the Worcestershire Acute Hospitals NHS Trust, which provides hospital services to three hospitals in Britain.

And on a Register of Interests for the Worcestershire Acute Hospitals, Nicholson had listed a number of interests, such as “Chair of Impact Evercare, Evercare 1 Billion Healthcare Provider, Africa and South Africa (based in Dubai).”

But this data was omitted from his declaration of interests when applying for the job at Okyy.

Nicholson, who was present in parliament, conceded he had not declared all his professional and business affiliations, some of which might be construed as constituting a conflict of interest.

He had not done so intentionally, he stressed, adding that he has been a civil servant his entire life and has nothing to hide.

Nicholson is also associated with at least a dozen other organisations overseas, leading to criticism that he spends very little time on the ground in Cyprus.

“We are not seeking anyone’s resignation,” said auditor-general Odysseas Michaelides.

“But we shall be asking the attorney-general to furnish a legal opinion as to whether conflict of interest is established and, if he does establish that, the cabinet [which appointed the board of Okyy] should take steps to ensure compliance with the law.”

The House watchdog committee also looked into the matter of Nicolaos Polyzos, the general manager of Okyy.

Two issues came up. The more serious one is that Polyzos is being accused by an individual of committing tax fraud.

Okyy itself said that it would pass on this information to the attorney-general’s office.

The auditor-general said he would be contacting the Tax Office.

Polyzos is also in possible hot water for apparently misstating his qualifications for the job.

Evidently, in applying for the position at Okyy he had stated that he had held an executive role in a private hospital.

However, according to the auditor-general it turns out that Polyzos was a member of the board at the hospital in question, but did not have executive powers.

Speaking to the press later, Michaelides lashed out at a particular media outlet which, he said, had insinuated that he was out to dig up dirt on members of Okyy in an underhanded bid to derail the implementation of the National Health Scheme.

Michaelides said this was slander, adding that the outlet in question is owned by another company in which the health minister Constandinos Ioannou is a shareholder.

Later in the day, the minister responded to the auditor-general, denying that the media outlet was being directed to attack Michaelides.

“Journalism is a free profession. Every journalist can express his opinions, and I don’t think that anyone can submit to a journalist what to write and what not.”

Okyy was set up a year ago, with a mandate to oversee the operation of all public hospitals and centres of primary health care as well as the implementation of administrative and financial autonomy in public hospitals.

The entity is to replace the health ministry in the provision of health services once the National Health Scheme goes live.