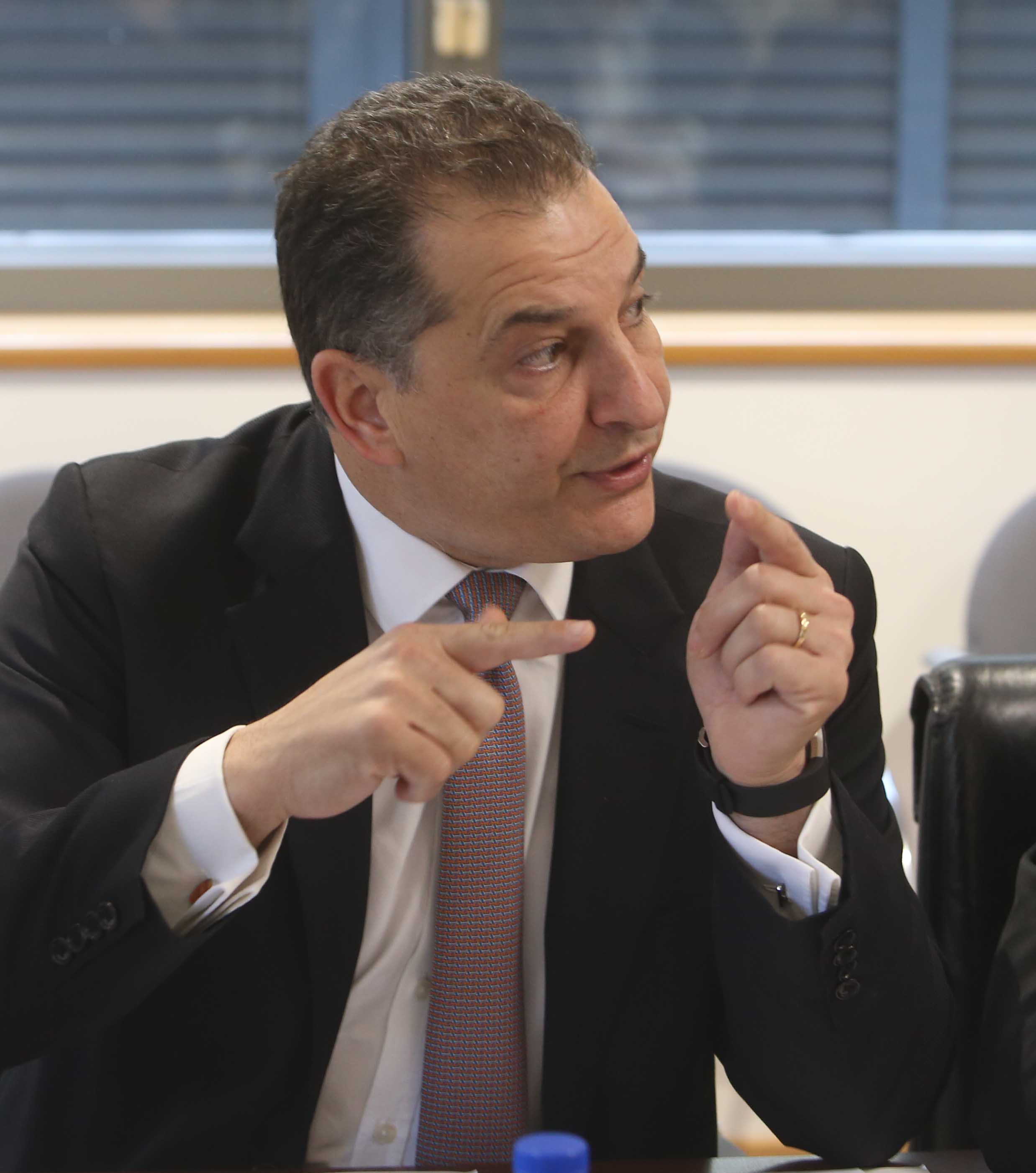 Commerce Minister, Giorgos Lakkotrypis said Thursday Cyprus has reapplied to register halloumi in the UK after losing it due to the ministry’s failure to respond on time to applications filed by a British company, John & Pascalis Ltd, to invalidate or revoke the trademark.

Cyprus has already filed a request to re-register the halloumi trademark in the UK and corrective measures were put in place to prevent a repeat of the blunder that cost the island’s the trademark, he told the Cyprus News Agency.

The company involved, however, founded by second-generation UK Cypriots, said on Thursday that with their action they were facilitating, not restricting Cyprus’ halloumi exports contrary to the actions of the Cypriot government.

Lakkotrypis said the situation had two aspects; the first concerned deficiencies in his ministry’s procedures and the second, the general attack against halloumi aiming at the withdrawal of the file for the registration of the traditional cheese product as an EU Protected Designation of Origin (PDO). The file is currently pending before the European Commission.

The minister said he was determined to see corrective measures in place to avoid similar mistakes. “I feel disappointment but I am also determined to take all necessary measures to avoid such an incident in the future,” Lakkotrypis said.

The whole issue, he said, has revealed serious shortcomings and inactivity. He said that measures had already been taken to improve procedures concerning monitoring of court cases. The minister also said that they would reinforce the team handling the halloumi PDO file.

He added that a probe ordered into the incident has been completed and that its findings would be sent to the attorney-general.

As regards attacks from within, Lakkotrypis said that there was great dispute concerning the PDO file, milk ratios and trademarks, which “should be of concern to everyone.”

The halloumi PDO file stipulates that the ratio of goat’s and sheep’s milk, or a combination of both, needs to be more than the amount of cow’s milk. But cheesemakers insist that there is not enough sheep and goat’s milk to meet demand.

Earlier in the day, the head of the ministry’s trade and commerce service, Nelly Koulia, said that the government was under a mass attack from within and outside aimed at forcing it to change the regulations filed concerning the registration of halloumi cheese as PDO as regards milk ratios.

Speaking to state broadcaster CyBC, Koulia said that the agriculture and commerce ministers received recently letters asking for the withdrawal of the PDO file and a change in regulations as regards the milk ratio “for this polemic against the ministry to come to an end.”

Although she refrained from mentioning who had sent the letters, John & Pascalis Ltd, said on Thursday in an announcement that they had sent letters to the ministers in question asking for a meeting but received no reply.

Koulia said that it should be everyone’s concern that a company registered in the UK, but belonging to Cypriots, is going against the interests of the Republic of Cyprus for their own gain. Halloumi, she said, is a national product.

John & Pascalis, said in a written statement on Thursday that the Cypriot government “had tried to distort reality, to register halloumi as an EU PDO with specifications it had deemed appropriate without any reason or requirement from the European regulations for such a specification.”

It said that the sales manager of the company, Peter Joannides had a meeting with the minister of commerce during a visit to Cyprus where he had explained to him that such actions were not in the interests of the halloumi trade or Cypriot exports.

The company said that it distributes the largest quantities of Cypriot halloumi worldwide while it imports and trades, since 1952, traditional halloumi from Cyprus to the UK. It said that it has made a significant contribution to the spread of the product in the UK markets so that halloumi is today among the 10 top selling cheeses in the UK, with a growing potential.

The company said that despite its efforts, it was left exposed by the actions of the Cypriot government. “Through decisions and statements by state officials, it was suggested that the company was cheating consumers,” it said.

The “slanderous references” by the former Minister of Agriculture to “monkey halloumi”, it said, caused it financial damage and negative impressions among its customers, including some major UK supermarkets, forcing the company to proceed with applications for the cancellation of the trademark “for the restoration of the truth.”

It added that, following the cancellation of the halloumi trademark in the UK and following a request by ministry of commerce officials to investigate the possibility of a compromise, it sent a letter to the ministers of agriculture and commerce for a meeting. “The letters of John & Paschalis, went unanswered.”

The company said it was willing to withdraw these cases “as long as the ministry, for the first time, embraced a constructive dialogue on amending the anti-growth and incorrect regulations of trademarks and specifications contained in the file submitted to the EU concerning the production of halloumi, to include the traditional production method of halloumi with milk not heated to 65 degrees Celsius or not pasteurised, milk ratios, shape, production method, etc.”

Its intention, it said, is that specifications include all halloumi types produced in Cyprus so as to facilitate Cypriot producers to export and market the product internationally. “In this way, the product’s Cypriotness is also ensured, and, by extension, exports of halloumi from Cyprus, which are currently close to €200m, will be reinforced.”

“With its move, John & Pascalis facilitates rather than restricts Cyprus’ halloumi exports as demand grows,” it said, expressing hope that the government would respond “and restore the truth and reality, as concealment threatens the Cypriotness of halloumi.”