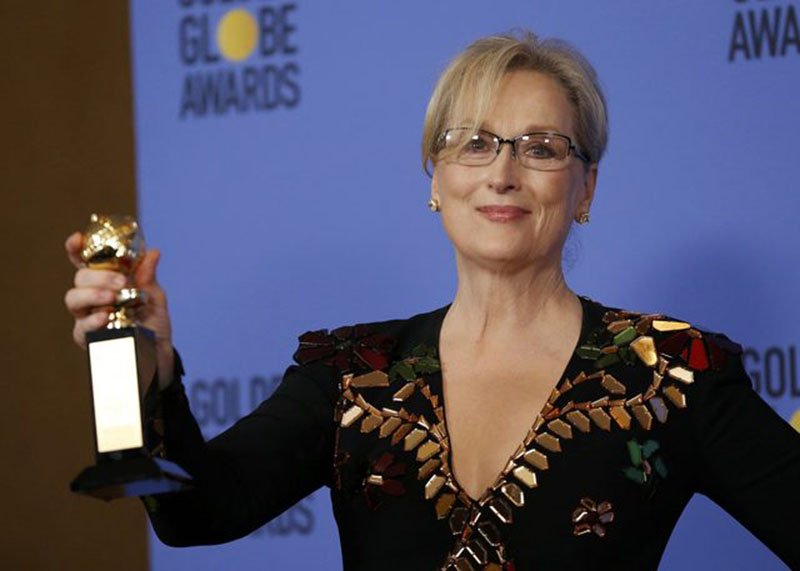 Movies about race, politics and music dominated nominations for the Golden Globe awards on Thursday, setting the stage for a lively Hollywood awards season leading up to the Oscars in February.

Dark comedy “Vice,” a scathing look at the rise to power of former U.S. Vice President Dick Cheney, led all comers with six nods. It was followed by the Lady Gaga musical remake of “A Star is Born,” British historical comedy “The Favourite” and road trip movie through 1960s segregated America “Green Book” with five nods apiece.

Several expected contenders, including female-led heist thriller “Widows,” were left out in the cold, while moon landing movie “First Man” was snubbed in the best drama race and had to settle for just two nominations.

“Vice” director Adam McKay described his film, which will be released on Dec. 25, as “an amazing portrayal of power.”

“What we tried to do was reflect the times that we are living in, which can be pretty absurd and pretty dramatic and tragic at the same time,” McKay told Reuters on Thursday.

The Golden Globes, chosen by the small Hollywood Foreign Press Association (HFPA), will be handed out at in Beverly Hills on Jan 6 in the season’s first major show business awards ceremony.

“Green Book” star Viggo Mortensen, who was nominated along with Mahershala Ali, said in a statement that the Universal Pictures film asks audiences to “think profoundly about our society’s past and present.”

“Crazy Rich Asians,” the first big Hollywood movie in 25 years with an all-Asian cast, further diversified the Globes contenders with nods for best comedy and best actress for Constance Wu.

“Not in my wildest dreams did I ever think our movie would be embraced to this magnitude by the audience and now the HFPA,” “Crazy Rich Asians” director John Chu said in a statement.

Music featured strongly with “Bohemian Rhapsody,” starring Rami Malek as late Queen frontman Freddie Mercury. Malek gave a “heartfelt and humbled thank you to the man this is for and because of, Freddie.”

“A Star is Born,” the Lady Gaga and Bradley Cooper remake of the show business romance, solidified its status as a major contender for Oscars, while “Mary Poppins Returns,” a sequel to Disney’s beloved 1964 film, won nominations for stars Emily Blunt and “Hamilton” creator Lin-Manuel Miranda.

Cuaron, who also won a directing nod, said the film celebrated families “and encourages my belief that the human experience is one and the same for all.”

Briton Olivia Colman won a best actress nod for her turn as a petulant Queen Anne in the Fox Searchlight historical romp “The Favourite,” along with supporting stars Emma Stone and Rachel Weisz.

In television, limited FX series “The Assassination of Gianni Versace” about the murder of the Italian fashion designer, was ahead with four nods and helped the FX network take a leading 10 nominations.

But favorites like “The Handmaid’s Tale” and “This is Us” were shut out of the biggest races in favor of newcomers including podcast-adaptation “Homecoming,” starring Julia Roberts, and comedies “The Kominsky Method” and “Kidding.”

Culture of offence: Christmas classics in the crosshairs