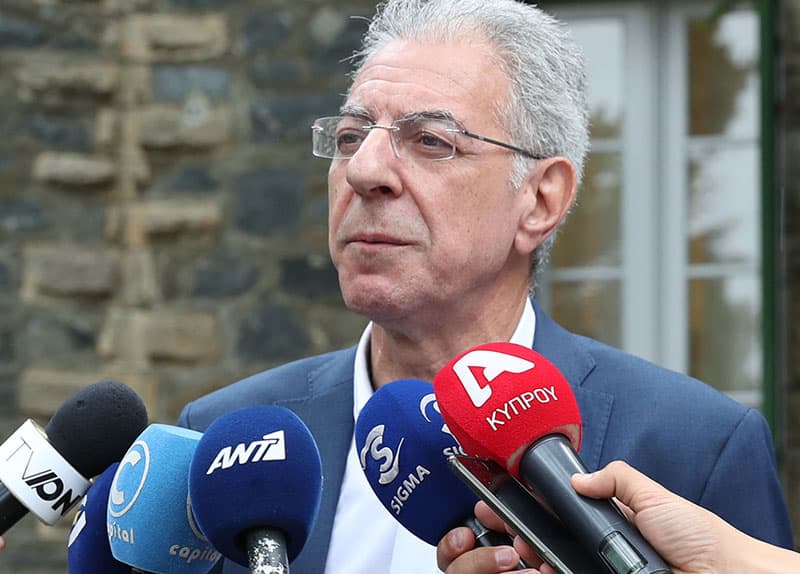 The US State Department has rejected as “absurd”, Russian suggestions of a military build-up in Cyprus, accompanied by a threat to retaliate.

A State Department spokesperson said that “in November the United States and Cyprus signed a non-binding statement of intent expressing both countries’ desire to explore opportunities to deepen bilateral security cooperation on a wide range of issues including counterterrorism, disaster response, cyber security, and anti-money laundering.”

In Moscow on Friday, Greek Prime Minister Alexis Tsipras, during a joint news conference with his Russian counterpart Vladimir Putin, said there were no thoughts or prospects of militarising Cyprus. He has also spoken with President Nicos Anastasiades and they had agreed there was no sense to such an idea at a time when Cyprus and Greece were striving to end the Turkish occupation.

Tsipras said all necessary contacts had been made between the ministers of foreign affairs of Russia and Cyprus on the issue, adding that the Republic was following an extremely balanced policy regarding dockings at Cyprus ports for all countries.

The Cypriot government said Friday it considered the issue closed.

“We want to consider the matter closed. Indeed, there were certain unfortunate statements but the Republic of Cyprus, as an independent member state of the EU follows the EU orientation,” government spokesman Prodromos Prodromou told reporters.

He said Cyprus frequently granted facilities to countries it had close links with, including Russia, mainly for humanitarian reasons.

Prodromou stressed that Cyprus did not desire militarisation of international relations, especially in the Eastern Mediterranean.

“It is a different state that is trying to militarise international relations and impose its views,” the spokesman said of Turkey.

In February, Turkish warships prevented Italian energy company ENI from drilling in a field inside block 6 of the Republic’s ΕΕΖ.

Prodromou said Cyprus has given its replies to the Russian Federation and the discussions should end.

He said Nicosia was focused on the Cyprus problem as always.

“Our direction is to have peaceful relations and cooperation with all countries in the region and of course, first of all, demilitarisation of Cyprus through the withdrawal of the occupying troops.”

It also emerged on Friday that Russian Deputy Minister for Foreign Affairs Alexander Grushko will be visiting Cyprus on December 14.

According to the Cyprus News Agency, the visit had been scheduled before the issue created by Zakharova’s comments.

Grushko handles Russia’s relations with the EU, Nato, the Organisation for Security and Cooperation in Europe (OSCE), and the Council of Europe.

He will meet Foreign Minister Nicos Christodoulides and delegations from the two countries will hold talks on bilateral relations, regional and international issues, and Russia-EU relations.

A comeback for ceramic art