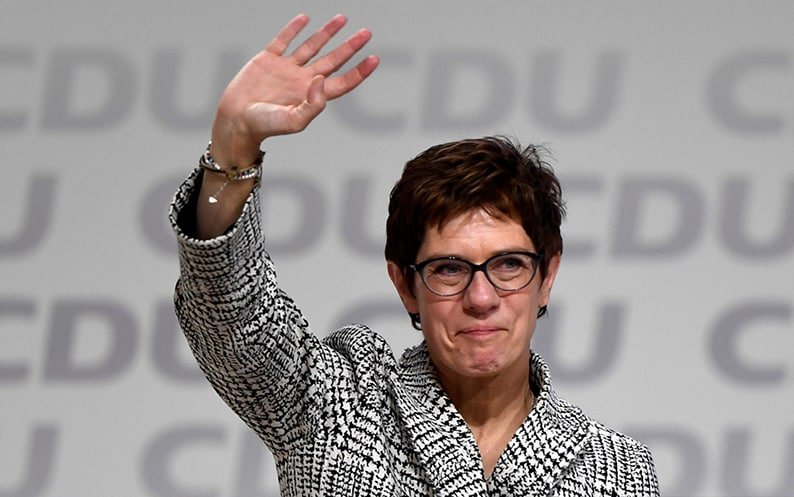 Germany’s Christian Democrats elected Annegret Kramp-Karrenbauer on Friday to replace Angela Merkel as party leader, a decision that moves her into pole position to succeed Europe’s most influential leader as chancellor.

Kramp-Karrenbauer, 56, is Merkel’s protege and was the continuity candidate favoured by the party elite. She won the leadership with 517 votes from 999 votes cast by delegates. Her rival, Friedrich Merz, won 482 votes in a run-off.

A former state premier in Saarland, where she led a three-way coalition, Kramp-Karrenbauer has a reputation for uniting support across the conservative Christian Democratic Union (CDU) and a talent for striking alliances with other parties.

Russia and Greece want to make up after diplomatic row

Disy and Diko submit bill for cut in fuel tax