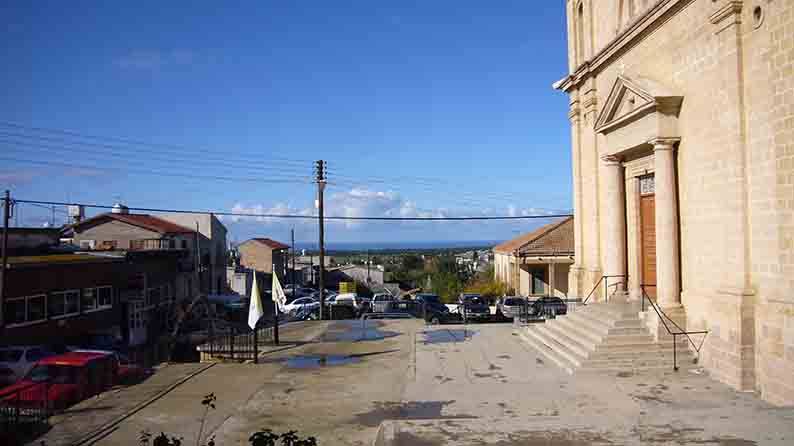 The Maronite village of Kormakitis in the north

Maronites cannot wait for a solution of the Cyprus problem to return to their villages in the north of the island, which were on the brink of extinction, their parliamentary representative has said.

“Maronite villages are on the brink of extinction,” Yiannakis Mousas told the Cyprus News Agency in an interview, adding that a settlement would provide a comprehensive solution to the community’s problems.

“But until the settlement, we have a duty and obligation to keep our villages alive,” he said.

Maronites, whose ancestors migrated to Cyprus from present-day Lebanon during the Middle Ages, lived in four villages before 1974.

Two of these villages, Ayia Marina and Asomatos, are under the control of the Turkish army and are totally off limits.

There are some military lodgements in Karpasha but the village is not under military control.

The fourth Maronite village, Kormakitis has been open to its original residents to resettle since 2003. At the moment, a total of around 200 Maronites, mostly pensioners, live in Kormakitis and Karpasha.

The Turkish Cypriot side has been saying since last year that Maronites would be allowed to return but so far there has been no concrete progress.

Mousas said people could return to the villages before a settlement under the same regime as Kormakitis. He said the matter was not political but humanitarian.

“To keep a historic minority of the country alive,” he said.

On Thursday, President Nicos Anastasiades said he fully agreed with the Maronite community’s “fully justified demand for the return of the four villages to their legitimate residents.”

“Without our villages, there is no prospect of survival for the community,” Mousas said.

To return, however, the Turkish army must first withdraw from the villages, which must then be reconstructed.

“We are talking about roads, electricity, telecommunications. A society will be set up from scratch,” Mousas said.

The Maronite representative knows this would take time but the villages were small and getting them in shape would take two to three years.

Mousas said at first only those people who want would resettle s there were people who would not do it immediately for many reasons.

There were however, families whose desire to return was so strong that they were willing to settle in a chicken coop, he said.

“The issue is not political and I disagree with the position that it would create a new fait accompli,” he said. “It is a huge effort with humanitarian characteristics to keep alive a historic minority of the country.”

What does the future hold for cryptocurrency regulation?

Project aims to raise awareness of lionfish to defend against it