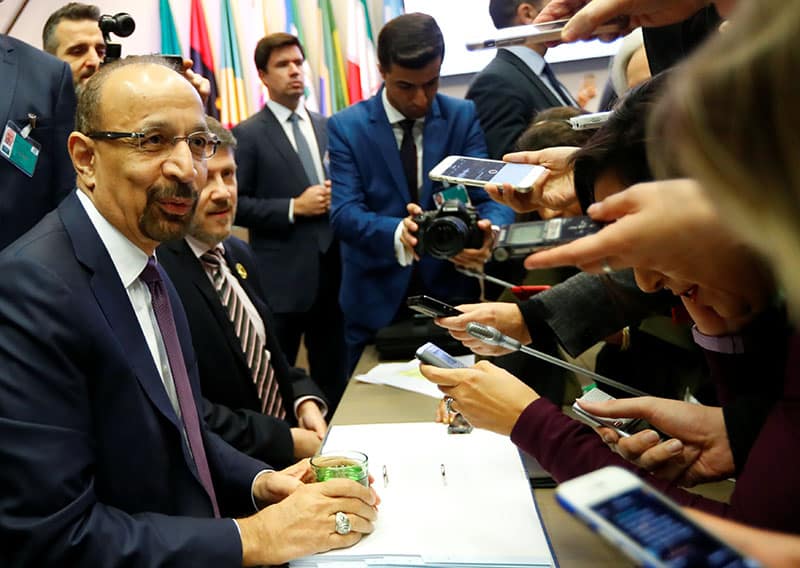 Iran appeared on Friday to be the main obstacle for an OPEC deal to cut oil production as the group’s leader Saudi Arabia had yet to agree on exemptions for sanctions-hit Tehran, two OPEC sources said.

The Organization of the Petroleum Exporting Countries resumes discussions in Vienna during the day before heading into a meeting with non-OPEC oil producers led by Russia.

On Thursday, OPEC tentatively agreed an oil output cut but could not decide concrete parameters for reductions as it was waiting for a commitment from non-OPEC heavyweight Russia, sources from the group said.

“Iran will insist on an exception until sanctions are removed,” one of the OPEC sources said.

Saudi Arabia has come under pressure from U.S. President Donald Trump to help the global economy by refraining from cutting supplies.

And with Trump seeking to squeeze Tehran with sanctions, an OPEC output cut would provide additional support to Iran by increasing the price of oil.

Possibly further complicating any OPEC decision is the crisis around the killing of journalist Jamal Khashoggi at the Saudi consulate in Istanbul in October. Trump has backed Saudi Crown Prince Mohammed bin Salman despite calls from many U.S. politicians to impose stiff sanctions on Riyadh.

The price of crude has fallen almost a third since October to below $60 a barrel as Saudi Arabia, Russia and the United Arab Emirates raised output to offset lower exports from Iran, OPEC’s third-largest producer.

The price decline prompted OPEC and its allies to discuss output cuts, and Falih said on Thursday possible reductions by those involved ranged from 0.5-1.5 million bpd.

A reduction of 1 million bpd would be acceptable and so far was the main scenario, Falih said, but added that Russia needed to commit significant volumes.

“We still want Russia to cut as much as possible,” Falih told reporters.

Russian Energy Minister Alexander Novak met with President Vladimir Putin in St Petersburg on Thursday and was flying back to the Austrian capital on Friday morning.

OPEC was due to resume its meeting after 0800 GMT, followed by talks with allies after 1100 GMT.

Russia, Saudi Arabia and the United States have been vying for the position of top crude producer in recent years. The United States is not part of any output-limiting initiative due to its anti-trust legislation and fragmented oil industry.

We support return of Maronites to their villages: President