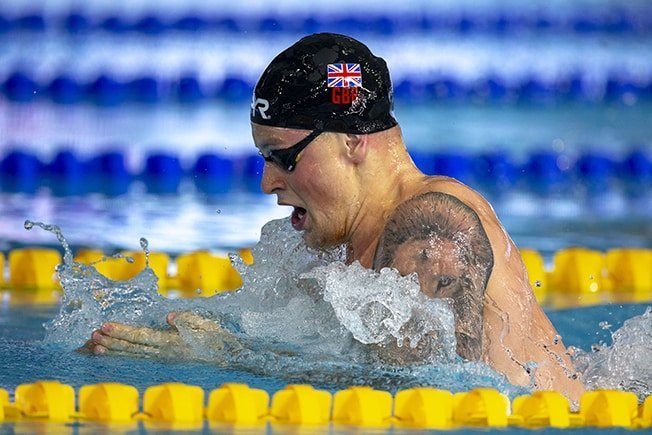 Adam Peaty says swimming’s world governing body must change or it could curtail his career.

Olympic 100 metres breaststroke champion Peaty has previously outlined his ambition to continue to the 2028 Olympics in Los Angeles, all being well.

There are many considerations over the length of Peaty’s career, but the state of the sport under FINA is high among them.

“If the sport is the way it is now, it won’t be sustainable for me to continue to 2028,” Peaty told Press Association Sport.

“It becomes very rigid, almost tedious. ‘Why am I going to the same competitions ever year? Why am I doing the same format that I’ve been doing for the last 10 (years)?’

“It becomes ridiculously tedious and I don’t want to be involved in something when the governing body is not willing to change.

“It just depends on the next few months and years. We’ll see what happens.”

Peaty’s criticisms of the inflexible FINA brought a response. The organisation is the governing body for all aquatics disciplines and promised to “improve and modernise” with an “innovative” competition to be introduced in 2019.

But Loughborough-based Peaty, the 50m and 100m breaststroke world record holder, says the athletes have not been consulted about the new events.

“I’m not going to bash it until I’ve heard it, but the athletes haven’t had any input,” Peaty added.

“They’re coming out with this new format and I know people on the athlete board and they (FINA) don’t even listen to them.”

The inaugural Independent Swimming League had been due to take place in Italy this month but was cancelled after FINA threatened to impose sanctions on the event and any swimmers who took part.

The sanctions included a possible ban from the 2019 World Championships.

Peaty added: “If it did come to that, they’ve lost all integrity as the world governing body of aquatics.

“It was only a threat. Was I scared by the threat? Not at all.

“It just shows how they aren’t willing to change, if they’re already bashing out threats to athletes who want the best for the sport.”

Peaty does not want the issue to be a distraction leading into the Tokyo 2020 Olympicsand called for FINA to now listen to the concerns of swimmers like himself.

“FINA have an opportunity now to rectify their mistakes and start to listen to the athletes,” he added.

“Someone has to have a face to face meeting and say ‘what’s wrong? What do we need to do?’ But they haven’t offered that. Where does that put the athletes? Bottom of the food chain.

“As long as the athletes turn up they don’t care and unfortunately they have athletes in a choke hold because they can’t earn any money commercially. It’s a bit of a sticky situation.

“It’s not about the money, it’s about having what the athletes want and how the sport can grow for ourselves and for everyone else.

“It would create a professional aspect from the sport.”

Paphos girls who died too young remembered in dance performance