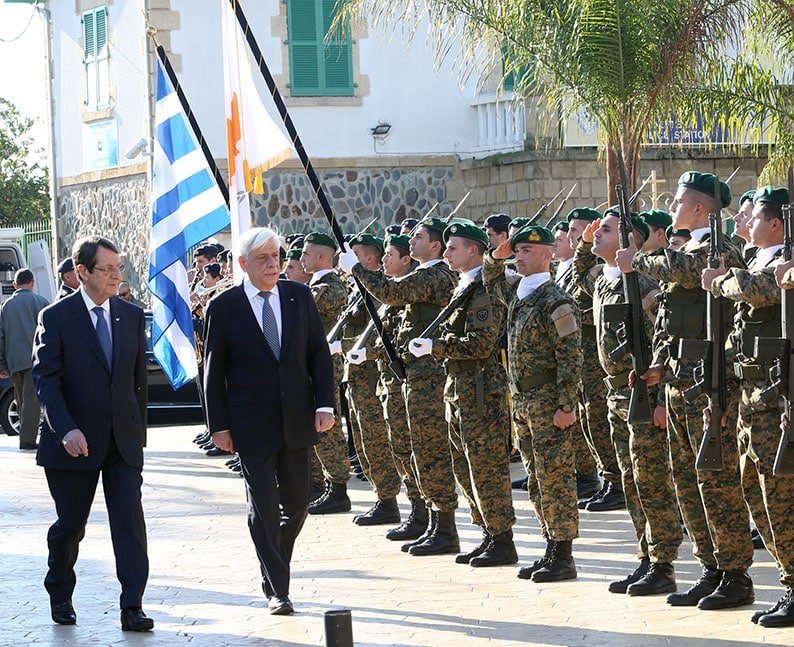 Failure to find a solution to the Cyprus problem is solely due to the intransigence of Turkey, President Nicos Anastasiades said on Sunday.

At a memorial service in Nicosia to honour the 10th anniversary since the death of former president Tassos Papadopoulos, which was also attended by Greek President Prokopis Pavlopoulos, Anastasiades also referred to former president, the late Glafcos Clerides, whose five-year anniversary was marked last month.

“However, the failure was not due to lack of initiative, movements and efforts. It was solely due to the intransigence of Turkey,” he added.

With full respect to both former presidents, “let us reflect on our responsibilities, and let us be united on those initiatives that will lead us eventually to achieve a solution that allows not only to live in peace, but to have a future”.

The president also said there could not be good preparation for the resumption of UN talks, if Turkey was not present in the preparation process.

The president was replying to a question on the arrival on the island of UNSG Envoy Jane Hall Lute, scheduled for 15-16 December and the fact that she did not, so far, have contacts in Ankara.