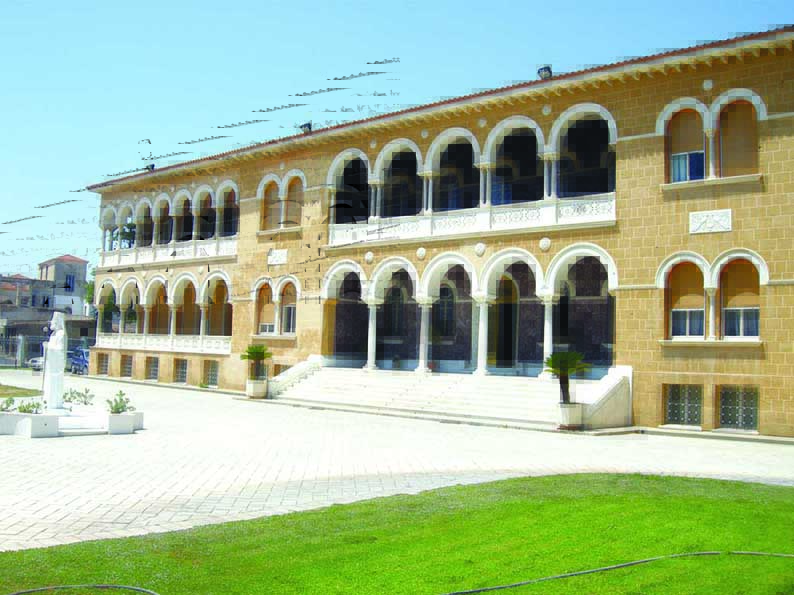 A Church of Cyprus clergyman who was pushed out of the running to become Bishop of Morphou in 1996 after being accused of being gay, despite being the choice of the people, has broken his silence after more than 20 years.

Although Pancratios Meraklis, a former Archimandrite was so popular with the Greek Orthodox faithful that they almost broke down the gates of the Archbishopric in Nicosia during the ‘scandal’, he has given a sparse number of interviews since going into exile in 1998.

In Phileleftheros on Sunday he brought up the suggestion that he was deliberately infected with HIV and that he was never gay.

In an interview in 1998 Meraklis said he may have caught Aids from contact with HIV-positive patients he ministered to. “I have a fungus infection on my fingers, which is now almost cured, but two years ago was more serious and caused wounds,” was Meraklis’ explanation for how he may have contracted the virus. “Of course this is not certain and not even science can define when or how I contracted the virus. Perhaps it is a gift from God to sanctify me,” Meraklis told Alithia at the time.

Now, he told has Phileleftheros from his small landholding in Flassos, that when the people appeared to be moving in favour of him in the elections for Morphou bishop in 1996, other moves started being made against him.

In March 1996, several people were hurt when stone-throwing Meraklis supporters clashed with police using teargas outside the Archbishopric in Nicosia. Meraklis was the people’s favourite but the late Archbishop Chrysostomos I said he was homosexual and thus “unsuitable” for promotion.

Fresh elections for a new Morphou Bishop, suspended after the rioting, were held in July that year with Meraklis out of the running.

In 1998 Meraklis admitted to being the ‘HIV priest’ that was being reported on.

He said he had not spoken out before because the person in question asked him not to because they were in fear for their life, but they have since died, Meraklis said. “But I do not want to expose that person or why they came to tell me what happened,” he added.

When it was revealed that he had contracted the virus, Meraklis said “this person came and told me the truth. He called it “an infectious transfusion”.

The paper said the priest who is now 59, did tell them some of the details but asked they not be published as he did not want to trigger open wounds or shake the Church as he has already forgiven those involved “and leaves them to the judgment of God”.

The paper also mentions the attorney-general’s probe at the time into whether there was a conspiracy to destroy the cleric’s reputation. Then AG Alecos Markides, told Phileleftheros: “Because it was a serious case, I personally saw the file through from the very beginning to the end, and I actually found that there would be a case… What he said to me was that he did not want to testify before a court against anyone … I, from what I saw and from what I knew, I had the impression that he wanted to apply in practice the teachings of the Christian religion ‘love your neighbour, love your enemy’ … I could not do otherwise, and I respected what he had asked me to close the file.”

“God loved me for this and saved me and brought me here,” the former priest said of his hermit life.

Progressive rock sounds in the capital

May should renegotiate Brexit deal if loses vote in parliament