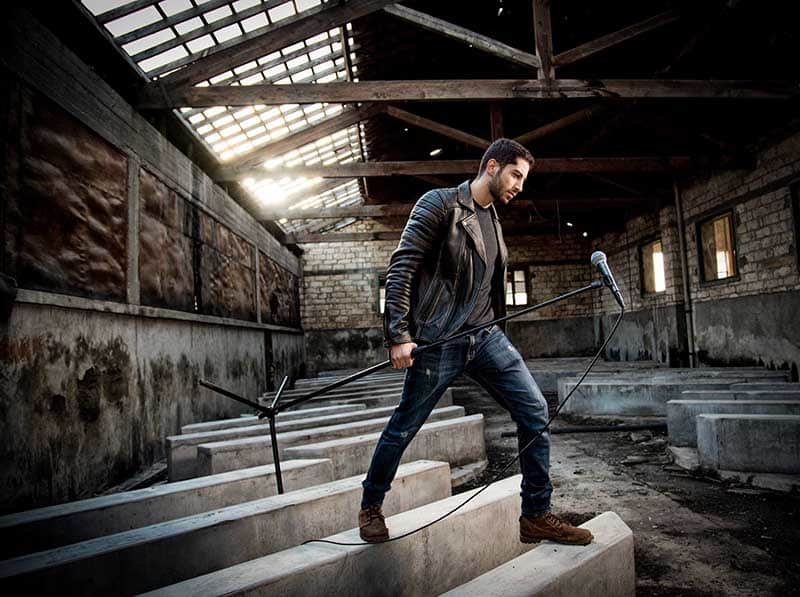 Ready to rock the stage and present his new album is Joakem. The performance to promote his progressive rock/metal album Mind Matter will uplift Nicosia’s music scene on December 22.

But it hasn’t always been rock that has, rocked his boat. He was a classical pianist from the age of six before expanding his skills and becoming a member of several bands in 2009, some of which are still active today. He gradually evolved to become a sound-exploring keyboardist, vocalist and composer with influences ranging from progressive rock, metal, ambient, classical, jazz and fusion music.

He rose to fame and gained international notoriety after being a finalist on The Voice of Greece, earning second place. Now, he is ready to present his melodies to the Cypriot public and lovers of progressive rock.

Joining Joakem on this night is Isla Fortuna (Lykourgos Xenophontos, guitars, Nikolas Fournaris, bass and vocals, and Stephanos Eliopoulos on the drums), a three-piece rock band formed in Larnaca in 2013.

Their music that is a combination of heavy rock riffs, psychedelic and atmospheric elements, incorporating influences from a diverse background of music genres, including desert, progressive rock and trip hop. Isla Fortuna has the vision to combine old and new musical elements with ever-expanding experimentation on sound and compositions.

Isla Fortuna has spent five years between Cyprus and the United Kingdom, sometimes with its members living in different countries. Though distance was never an issue and they continued to create music. During late 2017 the band went into the studio to record their debut album Verity, which includes 8 songs.

Thousands dressed as Santa Claus race through Madrid for charity