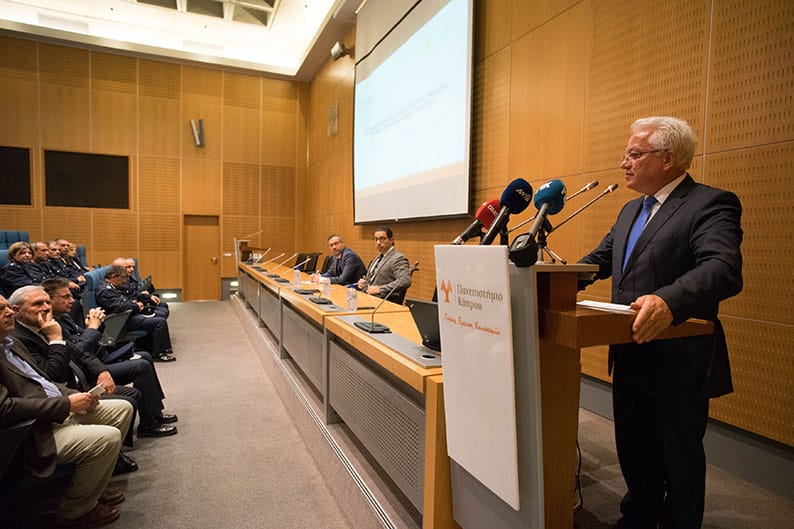 Justice Minister Ionas Nicolaou on Monday praised the progress Cyprus has made in terms of human rights in recent years by pointing to what he described as “tangible results”.

He was speaking at the event ‘Modern challenges in the protection and promotion of human rights in Cyprus’ which took place to commemorate this year’s Human Rights Day.

“In Cyprus, human rights and freedoms are primarily protected by the constitution, which is the supreme law of the state. A standard for their content and safeguards was the European Convention on Human Rights, which was incorporated into Cypriot law, with even greater power over any ordinary law,” he explained.

The protection of human rights is the axis of the actions of the government in areas such as the justice system and prisons, while the role of the courts is also crucial.

The ministry is substantially reforming the judicial system for faster and more effective administration of justice, the minister explained, adding that detention conditions are also being upgraded.

“The changes in the prison system have elicited positive responses from international and European organisations visiting our prisons,” he added.

In recent years, there has been a particular emphasis on tackling corruption and promoting accountability, and organisations and individuals have been consulted to strengthen transparency he said.

He also commented on the treatment of refugees and undocumented migrants, saying that Cyprus has responded effectively to the recent influx.

“We have ensured decent reception, security, and hospitable living conditions in properly designed reception areas, as well as special care for refugees in need of urgent or special protection,” he noted.

“For our government, safeguarding human rights, universal respect and promotion will continue to be firmly at the forefront of our priorities and at the heart of our aspirations and policies, both nationally and internationally. For us human rights are not the prerogative of one person, but are for the good of all.”

UN members adopt global migration pact rejected by US and others