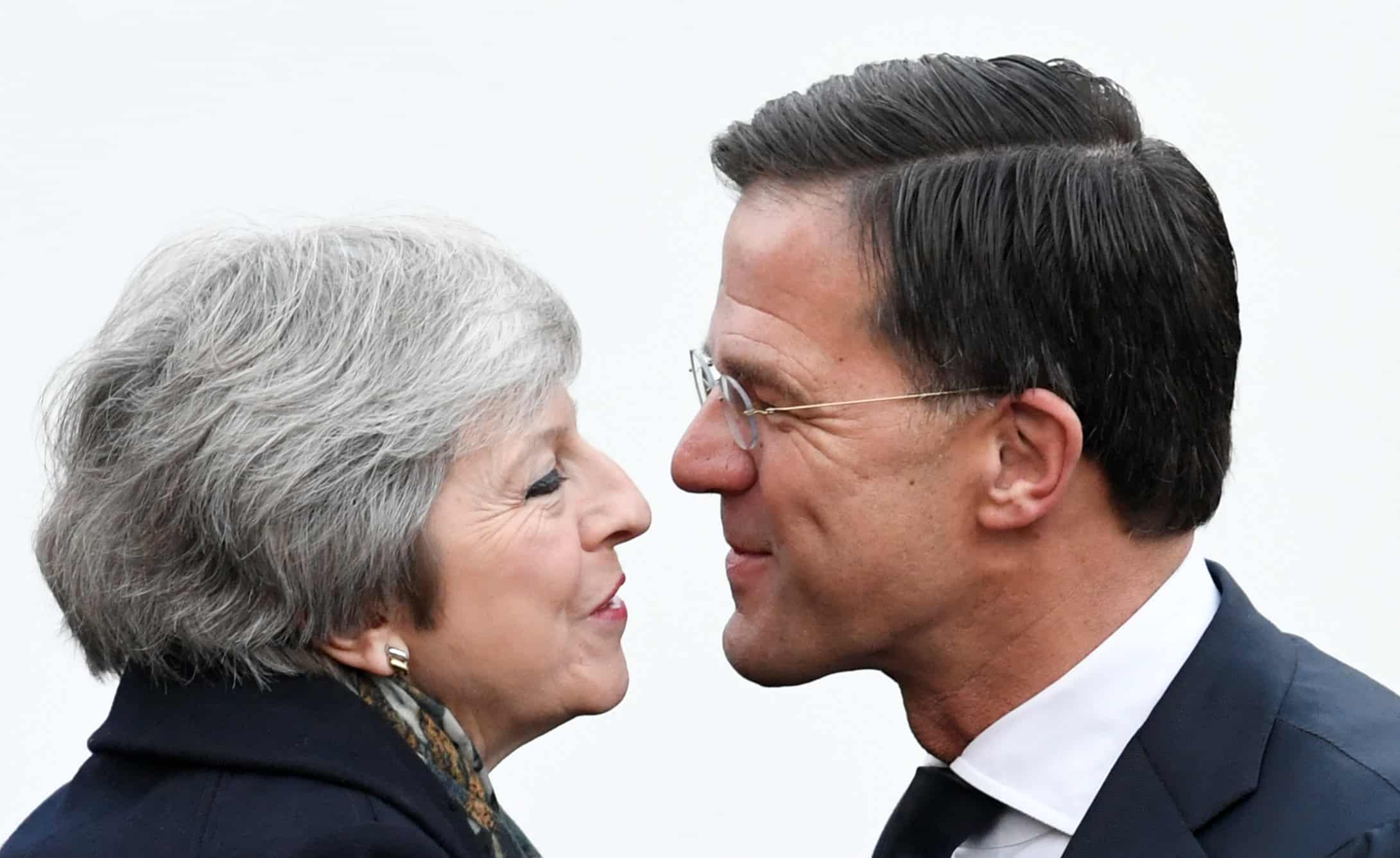 British Prime Minister Theresa May will seek German Chancellor Angela Merkel’s support on Tuesday for changes to the Brexit deal in a last minute bid to avoid a disorderly exit that would silt up the arteries of trade and roil financial markets.

Less than four months until the United Kingdom is due to leave the European Union on March 29, Brexit was plunged into chaos on Monday when May finally acknowledged that British lawmakers would not accept her current deal.

Amid demands for a national election, ridicule and blunt warnings that her eleventh-hour bid for a changed deal was in vain, May pledged to seek EU support for changes to make it more palatable to lawmakers.

The EU said it was ready to discuss how to smooth ratification in Britain, but that neither the withdrawal agreement nor the contentious Irish backstop would be renegotiated.

May met the Dutch Prime Minister Mark Rutte earlier today and will meet German Chancellor Angela Merkel later on. Brexit will be discussed at a previously scheduled EU summit on Dec. 13-14.

Without a deal, the options for the world’s fifth largest economy include a last-minute agreement, probably struck in 2019, another EU referendum or national election, or a potentially disorderly Brexit without a deal.

The ultimate outcome will shape Britain’s $2.8 trillion economy, have far-reaching consequences for the unity of the United Kingdom and determine whether London can keep its place as one of the top two global financial centres.

May said the deeper question was whether parliament wanted to deliver on the people’s will from the 2016 referendum, or open up divisions with another national vote.

“If you take a step back, it is clear that the House faces a much more fundamental question. Does this House want to deliver Brexit?” May said.

Support for another referendum has been rising in recent months.

Many business chiefs fear a chaotic Brexit that they say would weaken the West and spook financial markets.

“We view the situation with a mixture of worry and hope,” one FTSE CEO said. “The hope comes from the fact that it’s now such chaos it gets called off.”

As investors and allies tried to work out the ultimate destination for the world’s fifth-largest economy, rebel lawmakers in May’s party said she had to go.

“If we can’t go forwards with her deal … then I’m afraid the only way to change the policy is to change the prime minister and I really think it’ her duty to go,” Brexit-supporting Conservative lawmaker Steve Baker said.

A leadership challenge is triggered if 48 Conservatives write letters demanding one to the chairman of the party’s so-called 1922 committee, Graham Brady.

The Labour Party was urged by other smaller opposition parties to trigger a vote of no confidence in the government but said it would not act right away.

“We will put down a motion of no confidence when we judge it most likely to be successful,” a spokesman said.

Barcelona back out of next month’s La Liga Miami match