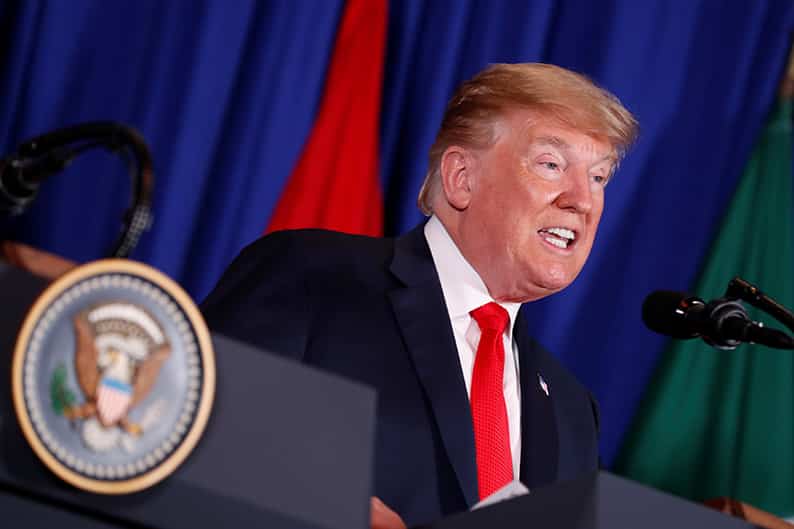 President Donald Trump on Tuesday defended his search for a new White House chief of staff, telling reporters he would make an announcement about the job within two weeks, after his first choice declined the position.

Earlier on Twitter, Trump said more than 10 people were vying for the crucial job but offered no names. He later said some of his friends were interested.

“We have a lot of people that want the job,” Trump told reporters at the White House. “We’ll be seeing what happens very soon. We’re in no rush.”

Trump and the outgoing chief of staff, John Kelly, a retired Marine Corps general, reportedly had been at odds for months, and Trump announced on Saturday that Kelly would be leaving the job. Kelly had taken the job in July 2017 to instill order to a sometimes chaotic White House after Reince Priebus left the post.

Trump was left without a clear replacement for Kelly after Nick Ayers, currently chief of staff to Vice President Mike Pence, declined the job and said on Sunday he was returning to Georgia with his family at the end of the year.

The chief of staff opening comes as the White House braces for an onslaught of political and legal challenges in the coming year in the face of the Russia investigation, multiple lawsuits and Trump’s efforts to win re-election in 2020.

White House adviser Kellyanne Conway on Tuesday said Kelly would stay on the job through Jan. 2 to lead “a very peaceful and pragmatic transition.” Asked if Kelly would stay longer, she said it was up to Trump and Kelly.

Asked why he was in no rush, Trump told reporters: “We have a wonderful chief of staff right now.

Conway later told reporters at the White house that Trump’s list of candidates included women but would not comment on whether she was one of them or if she was interested in the job.

Some possible contenders, including Treasury Secretary Steven Mnuchin and White House budget director Mick Mulvaney have said they are not interested, sources said.

Bossie, who is a contributor for Fox News, said on Tuesday he was meeting with Trump on Friday but did not expect to be offered the job.

Jared Kushner, Trump’s son-in-law and a White House adviser, told Fox News on Monday night that hopefully Trump will “choose somebody he’s got great chemistry with, great relationship with, who will help him navigate the next couple years.”

The chief of staff job is considered one of the most powerful in Washington, advising the president and serving as a gatekeeper controlling the flow of information and access to the Oval Office. (