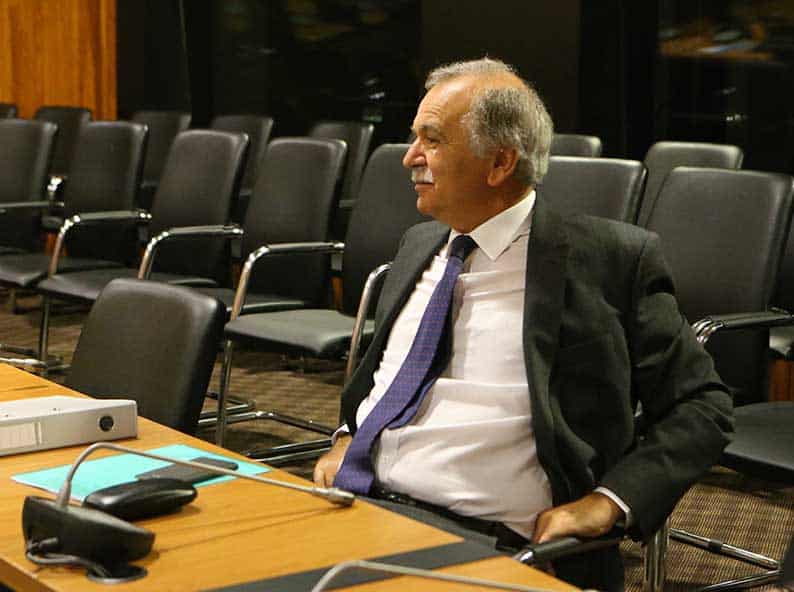 The end for the Co-operative Bank was sealed when the European supervisors lost their confidence, the lender’s former CEO said on Wednesday, in what was likely to be the last hearing of the four-month inquiry into the collapse of the co-ops.

Marios Clerides, who testified before the inquiry for the second time, suggested that all was lost when the European Central Bank lost confidence.

“In my view, and without being in the thick of things, I think the institution’s confidence was gone,” said Clerides, who quit long before the collapse.

That was the one main issue.

The second important element, according to Clerides, was that Co-op officials subscribed to the conspiracy theory that the ECB wanted to sell the bank “and maybe they could not realise the problems they had before them and possibly they failed to heed the advice.”

Of the problem with the non-performing loans, Clerides said the Co-op had high collateral but it could not foreclose.

“The Co-op more or less operated like a pawn shop,” he said. It had a lot of loans backed by primary residences and therein was its big dilemma: would it evict someone from their home, especially as it was considered a social movement or a state bank. One the other hand, if the lender cannot evict someone then it is only a matter of time before it goes bankrupt, he added.

Former board chairman Takis Taoushianis, who served from August 2016 until his resignation in October last year, separated the reasons for the Co-op’s demise into two periods.

Prior to 2013, there were irregularities, corruption, party meddling, favouritism, deliberate lack of supervision, inaction and unsuitable executives, he said.

From 2013 onwards, the Co-op faced huge accumulated problems, especially the mountain of non-performing loans, which could not be tackled with increases in capital.

The main reason for the demise after the bailout was the selection of the wrong people and poor governance, “which resulted in the supervisors first losing their trust and then their patience”.

Earlier, the inquiry heard from Erotokritos Chlorakiotis, the embattled former chief of the Co-operative Central Bank before the 2013 bailout, who had personally requested to appear.

Chlorakiotis said he was disappointed because the Co-op had been reduced to dissolution and its contribution to the country had been forgotten.

Asked if he had an apology to offer, Chlorakiotis said he had a lot say but “I will avoid answering Mr president” because of his trial in connection with dodgy loans from the Strovolos Co-op.

“I feel as if I haven’t lived to see the grandeur of the co-op for 33 years and what it gave this country,” he said.

Chlorakiotis said the various co-op banks across Cyprus were unions of individuals not capital and it was considered very bad to have high profits.

Asked whether he had been approached by a party leader at any point, Chlorakiotis said: “personally, no, never.”

Taoushianis should be the last witness to testify before the inquiry bar any unexpected developments.

The inquiry started on August 4 and to date it has heard testimonies from 74 witnesses.

“It appears we are closing today unless something comes up during the drafting of the findings,” its chairman, Giorgos Aresti, said.