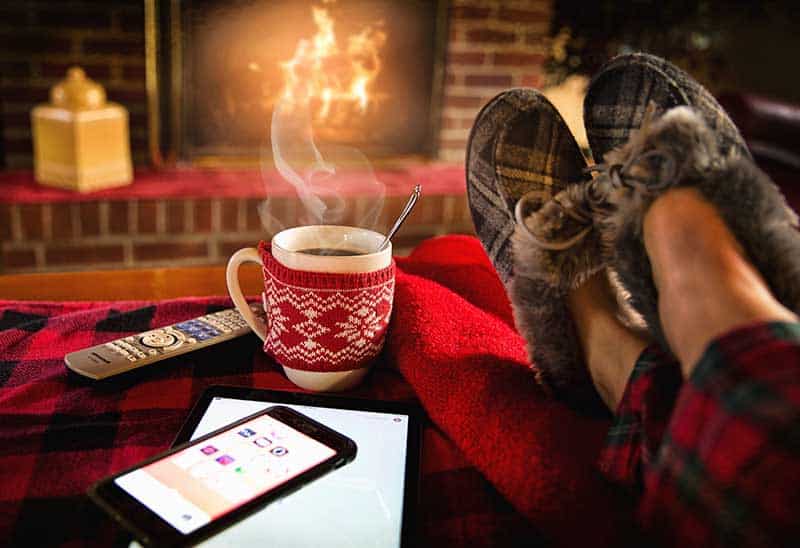 I was walking along the main road near where I live when the scent of wood smoke made me halt in my tracks. It wasn’t the nose-arresting smell of impending souvlakia, rather the aroma of burning wood, the warmth giver. I looked around to see where it might be coming from and found the source, a metal chimney poking up into the evening sky from a home down a side street. Since the recession, and with the cost of electricity soaring, people have resorted to fireplaces instead of electric heaters for comfort as the coolness of winter starts to make itself felt. Stacks of firewood labelled with whatever tree was its source wait for buyers outside my local kiosk. They are quickly consumed. Another neighbour goes around in his double cabin gathering discarded wood and chopping it up for his fire, no outlay of cash at all, just some of his energy.

As a child of eleven or twelve, I used to go with my herd of cousins and my not-so-young but adventurous Aunt Rosie bedecked, as was her wont, in a pair of voluminous wellies, to the woods beneath the small humps we called ‘the mountains’ to collect firewood to supplement the coal and briquettes that got us through chilly Irish winters. At a time when we had no idea of what was harmful to health, we adored watching the leaping flames, cuddled in pyjamas with mugs of milky cocoa, drawing in the smell of the crackling logs as though it was a blessing; they were comfort scents of a loving home.

To reach the area where the best wood was to be found, we had to walk through a long field used by other children and adults for various sports. We called it The Tennis even though we had never seen tennis played there. Perhaps in some bygone era the elite played it and the name stuck. Then there was the narrow trail through the overhanging trees and untidy undergrowth where massive tangles of rhododendrons grew upwards encompassing craggy rocks fringed in patches by delicate green-leafed ferns. The rich soil under their roots gave off a marvellous damp earthy scent. In summer their dark green branches swollen with huge blooms of purple, lavender, pink and red made an array of colour Jackson Pollack would have envied.

Sometimes we would go further on to the golf course which had to be crossed if we wanted to climb Sheil Martin whose slope, some believed, covered a passage tomb to rival Newgrange in Co Meath. We followed an old custom carrying a stone to the top and placing it on an ancient mound. Leaving Rosie resting below, we perched on a hill surveying in awe the narrow gap that prevented our peninsula from being an island, as it had been in the past. We climbed swiftly on young legs for a view that made the word panorama inadequate.

Then – the invasion of the golf course which we traversed knowing it was dangerous, and beyond it to the wishing well where, bound to old superstition, we would tie bits of cloth around the brambles that overhung it or threw a coin into the water below.

This daring escapade was always met with howls of anger as golfers had to pause to let us pass, yelling, quite rightly, that we could get our ‘bloody heads knocked off!’ One man became very irked and approached Rosie saying, ‘Go away, you have no right to be here.’ Her hackles went up, the white mane of hair almost gave off electric sparks, the mouth tightened and her hands went on her hips. We followed suit like a gang of lemmings.

‘My family have lived in this town, walked these fields, woods and mountains for generations before a golf course was put in place.’ She advanced, he backed down. ‘Who are you to tell me I don’t have rights here?’

Rights were, at times, taken for granted even when one was in the wrong. Intervention by a golfer she knew soothed things and we went on to fulfil our mission.

From the vantage point on the rock we used to view our beloved, breathtaking little spot on Ireland’s map. We could see the Castle but, like the Forbidden City in old China, we could not access its environs. The menfolk of the family could and did to the chagrin of the gamekeeper to poach rabbits and hares and collect mushrooms. But that’s another story.

Paphos remains the most popular district for 11 consecutive months