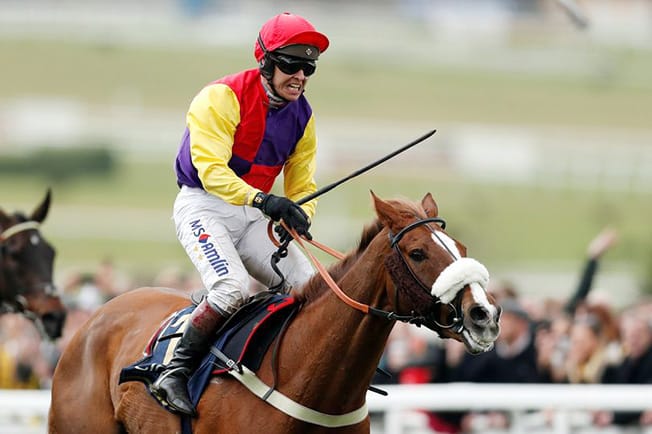 An impassioned call for the use of the whip in racing to be banned met with a rigorous response from the British Horseracing Authority on Wednesday.

Respected journalist Matthew Syed said in his column in The Times the racing industry was “in denial” and that “pain is being inflicted upon animals for the purpose of making them run faster.”

He added: “It is in the interests not only of horses but of racing itself to consign the use of this device for the purposes of increasing speed to the scrapheap of history”.

Responding on Twitter, the BHA said: “If horses behaved as if they were in pain, then the millions of people who watch the sport – and the thousands who take part and dedicate their lives to the care of these animals – wouldn’t accept it.

“They would be horrified. In fact, our trainers, riders and owners are knowledgeable and compassionate and the last thing they want to do is see their horses hurt.

“The whip is foam-padded and air-cushioned and we have very strict rules which limit the amount of times which the whip can be used, and jockeys who care about the horses they ride.”

It added: “We are aware that a debate is ongoing about the use of the whip and the BHA is following the wide range of views very closely.”

However, while many in racing aligned themselves to the BHA’s viewpoint, former Channel 4 pundit John McCririck has long been an advocate of banning jockeys from hitting horses with the whip.

He feels the BHA should take the lead from the latest debate to outlaw its use.

“It is appalling there are people still prepared in this country to stand up for hitting racehorses,” McCririck told Press Association Sport.

“No other living creature are you legally allowed to hit, so what on earth are we doing?

“Racing would go on without it. It does go on. We have whip-less races (for apprentices). The only thing I would say is that jockeys must be allowed a whip for straightening purposes only.

“I used to be a supporter of the whip as a punter and complaining if the jockey did not ride as strongly on a horse than a rival that had beaten mine.

“You do get far more suspensions now in the Group One and other top races.

“It is extraordinary. People will look back at this age and say this was a great chance to boost racing’s image. It’s the perception we have to overcome, whether they are feather whips or whatever.

“People come into racing, see horses being hit and are repulsed by it. Why are we defending it?

“Imagine if the whip had never been invented and if someone came along now and said ‘let’s bring whips in’. They wouldn’t be allowed in this day and age we live in.

“I’ve got the zealotry of a convert because I was a supporter of the whip when I was a punter in a betting shop – but then I listened to the late Sir Peter O’Sullevan and the greatest jockey John Francome and others.

“Views are changing on so many issues, and rightly so. You adapt and you change.

“To my mind it’s a great chance for the BHA. They could do so much for racing voluntarily by outlawing the whip.

“There would be an outcry from the racing regulars – the trainers and the jockeys – but after a month no one would think about it. We’ll look back in time and say ‘why on earth did we do this when no one else does it?’.

“They do have hands and heels races and this enhances horsemanship. Hitting horses is totally unacceptable and it shames us as a sport. It puts people off.

“We could set a worldwide example. It is up to the BHA to say what’s morally right in this day and age. It would cost nothing and it would help change the image of racing.”

Break the cycle of long-term pain