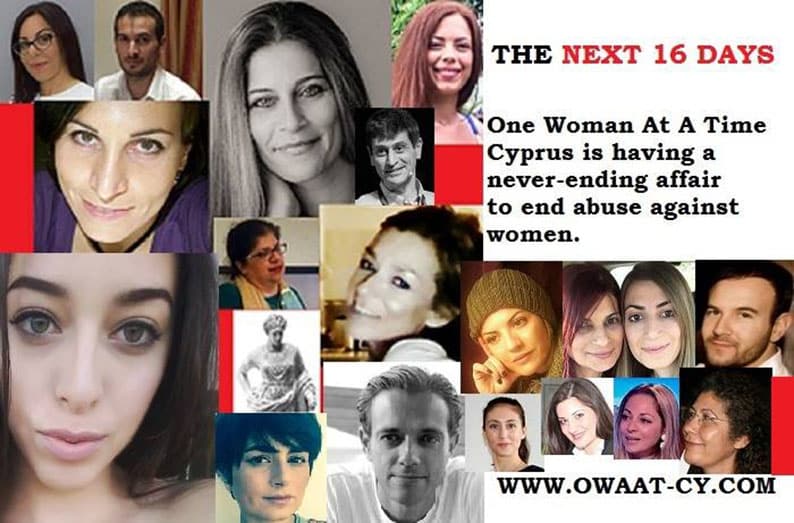 Over 16 days starting from December 16 until the end of the year, women globally will suffer the greatest incidences of abuse, according to Patricia Martin, a US Attorney At Law and founder of One Woman At A Time, OWAAT.

OWAAT is the world’s first international self-help online human rights toolbox for abused women to file for civil protection orders and divorce.  “But timing is everything, especially for #TheNext16Days 2018 in Cyprus,” Martin said.

Now that the Council of Europe Convention on preventing and combating violence against women and domestic violence, also known as the Istanbul Convention is in force, Martin said, “it’s not necessary for abused women to first show evidence of blood, bruises or police/medical reports in court or to police before judges to issue or enforce emergency civil protection orders or for police enforcements to arrest.”

At the moment, a campaign is underway by Dr Christiana Cleridou, Legal Advocate, Gender Law Expert and OWAAT volunteer, to raise greater public awareness in Cyprus about the Istanbul Convention, especially within the Cyprus Bar Association for her own legal professional community, for judges and court administrators, state officials such as staff of the social welfare services and shelter staff, and as a mentor for young lawyers students-OWAAT volunteers who attend Cyprus law schools and universities.

“Awareness is key at this point,” Dr Cleridou said. Cyprus ratified the Istanbul Convention (IC) on November 2017 and was put into force of law last March.

“IC is about creating public awareness of gender-based discrimination resulting in the risk of violence against women and children in order to prevent violations against their human rights to obtain state civil and criminal protections,” Martin said.