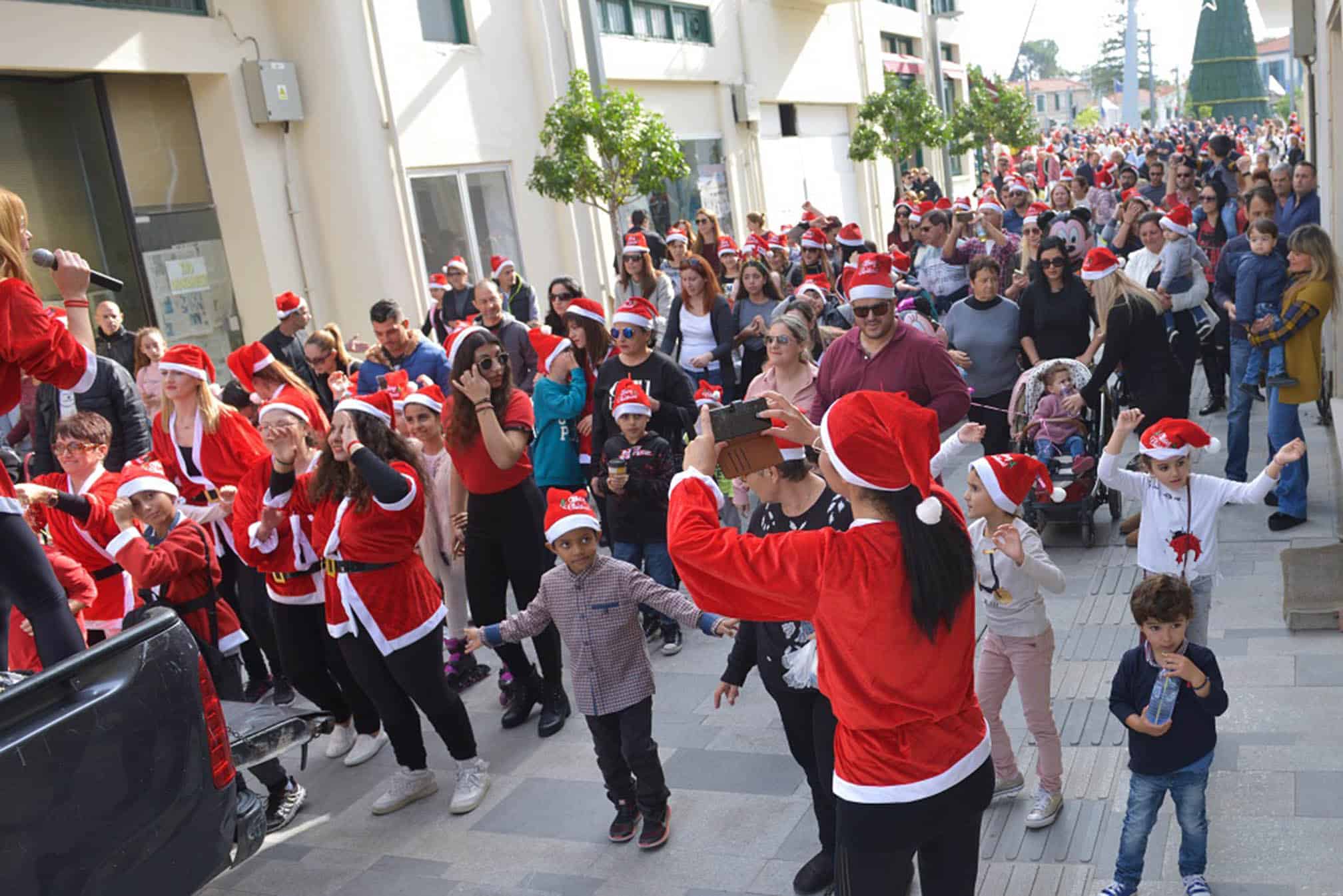 Hundreds of families and individuals will take part in the second annual Paphos Santa Run in the town on Sunday, which is supported by Paphos municipality.

The event will get underway at 10.30am on Sunday December 16, starting out from the town hall (28 October square) in Paphos old town, and members of the municipality will be handing out Santa hats to those taking part.

Last year the event attracted around 400 participants, this year organisers are hoping that around 500- 600 will take part.

“Although we call it a run, it’s more of a march and a great way to have fun at a Christmas event and to do something to help participating charities as well,” a municipality spokesman told the Cyprus Mail.

Members of the public will meet outside the town hall around 10.15am and march for no more than 1km, accompanied by the music school of Paphos playing marching drums and music.

A number of charities will set up stalls in Kennedy Square and will be raising money for their individual causes by selling all sorts of items including, food, mulled wine, cotton candy, hot dogs, traditional Eastern food, traditional Russian fayre and Christmas creations, such as candles.

“Young and old will walk to Kennedy Square and the Makarios pedestrianised area, where from 11am- until 1pm a “Love Festival” will be set up with charity in mind, in which more than 25 volunteer entities and organisations will take part.”

The participating charities include: the autism association, the Margarita Liasidou foundation, the association against domestic abuse,Europa Donna, the drug rehabilitation association- the Rotary club, the Ladies circle, the Cyprus- Russian association and the Arab women’s cultural club.

When the procession arrives at Kennedy Square at 11am, there will also be an entertainment programme by local dance schools.

All sorts of entertainment and stalls will also be set up along Makarios Avenue, leading from the square, and will include a magician, stilt walkers and inflatables for children to play on.

“There will also be all sorts of materials for children to paint with and create whatever they want.”

In addition, the Christmas lights of Paphos were switched on at the weekend and the municipality also laid on a free concert at Kennedy Square.

Main suspect in Strasbourg attack has been killed (Updated)