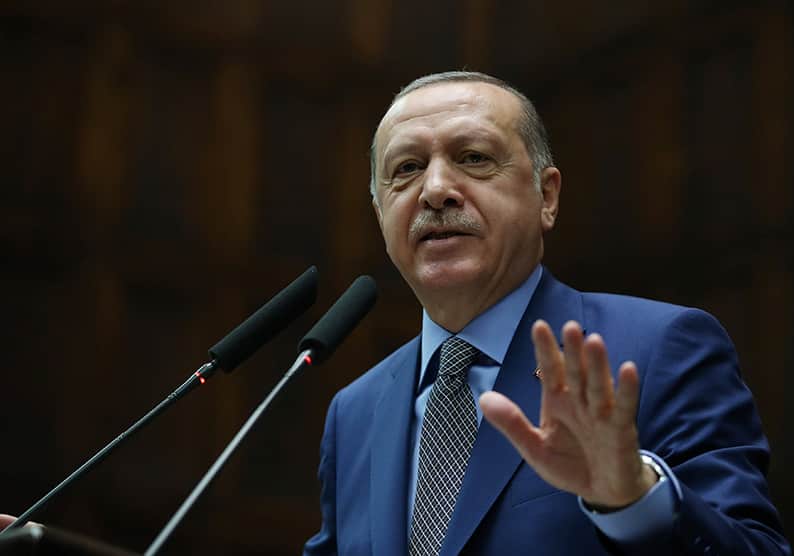 Turkish forces will enter the Syrian town of Manbij if the United States does not remove YPG Kurdish fighters, and it will also target Kurdish-controlled areas further east, President Tayyip Erdogan said on Friday.

Erdogan said this week that Turkey would launch a new operation within days against the U.S.-backed Syrian Kurdish YPG militia which controls swathes of Syria’s northern border region, in what will be Turkey’s third military campaign in Syria in two years.

Ankara and Washington have long been at odds in Syria, where the United States has backed the YPG in the fight against Islamic State. Turkey says the YPG is a terrorist organisation and an extension of the outlawed Kurdistan Workers Party (PKK).

Turkey has complained over the slow implementation of a deal with Washington to pull YPG Kurdish fighters out of Manbij, which lies in mainly Arab territory west of the Euphrates, back to the eastern bank of the river.

“Manbij is a place where Arabs live, but they have surrendered the area to the terror organisation,” Erdogan told members of the Organisation of Islamic Cooperation in a speech in Istanbul. “Now we are saying that you should cleanse, remove them, or else we will enter Manbij. I am speaking very clearly.”

Erdogan said Turkey was also determined to bring “peace and security” to areas east of the Euphrates, where the YPG controls an area stretching more than 400 km (250 miles) along the border towards Iraq.

He compared the promised military campaign to an incursion into northern Syria in 2016 and one earlier this year by Turkish forces and their Syrian rebel allies, who still hold territory there seized from YPG and Islamic State fighters.

A spokesman for the Syrian rebels said on Thursday that up to 15,000 fighters are prepared to support Turkey’s latest operation.

The United States, which has set up observation posts on the Syrian side of the border, has warned Turkey against a new incursion and said the newly constructed positions would help deter any security threat against Turkey coming from Syria.

Erdogan, however, said Turkey had waited long enough to act against the YPG militia, which it says is indistinguishable from PKK militants who have waged an insurgency against the state in southeastern Turkey for 34 years.

“We are not only providing security for our country when taking steps in Syria but we are also protecting the honour of people,” he said.

Kurdish commander Mazloum Kobanin said on Thursday the Syrian Democratic Forces, which are spearheaded by the YPG, will respond strongly to any attack.

News podcast: How is the EU Commission trying to improve security in the bloc