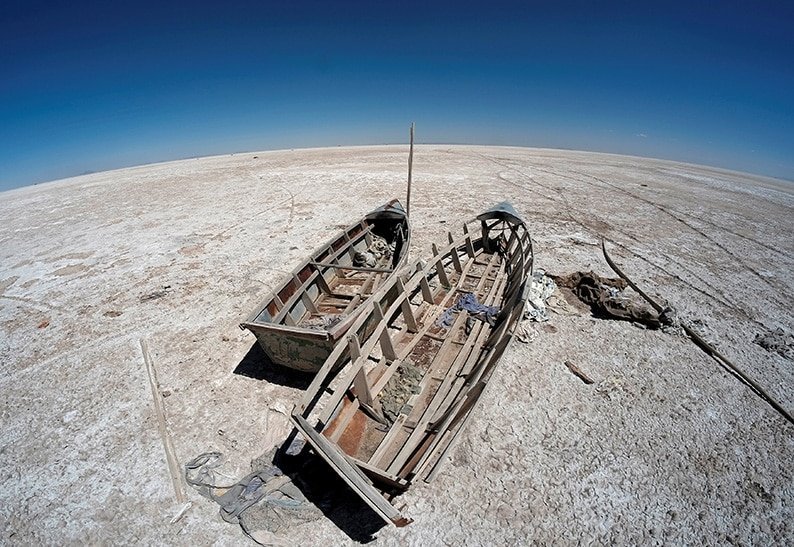 Under the Paris Agreement, almost 200 nations committed to keep the rise in global temperatures to "well below" 2 degrees Celsius

Ministers and negotiators from nearly 200 nations were making a final effort on Friday evening to find consensus on the language and sticking points of a package to implement a landmark agreement to combat climate change.

Countries are on a self-imposed deadline to produce a “rulebook” to flesh out details of the 2015 Paris Agreement, which aims to limit the global temperature rise to below 2 degrees Celsius and which comes into force in 2020.

Talks in Katowice, Poland, under way since Dec. 2, have been clouded by political divisions. Progress had been slow until some deadlocks were broken and draft texts produced overnight.

Before the talks started, many expected that the deal would not be robust and fall short of the detailed plan scientists have said is needed to limit global warming to well below a 2 degree-Celsius rise this century.

But on Friday evening there was more optimism than in the morning that compromises could be made to make the text acceptable to all parties.

Exhausted delegates were trying to iron out differences in what could be a long night in the sprawling Spodek conference venue, a flying saucer-shaped concert and sports hall.

U.N. secretary-general Antonio Guterres said he had told the Polish presidency of the talks that it was important to conclude work today “with the highest possible level of ambition”.

“It’s essential for me that Katowice is not a failure. The worst thing that could happen to us is that. There would be the idea of chaos, the idea that to a certain extent we would be reproducing in Katowice what happened in Copenhagen.”

Climate talks in Copenhagen in 2009 were widely regarded as a failure as they ended with a bare-minimum agreement. It took six more years to clinch a deal in Paris.

The Katowice draft text is still subject to change but requires developed countries to deliver and increase on a promise of $100 billion a year of climate finance to help poorer countries adapt to climate change by 2020 and rules on how to report and monitor each nation’s greenhouse gas emissions.

There has been compromise in some areas, such as tweaking language to recognise the importance of a report by the UN’s Intergovernmental Panel on Climate Change (IPCC) on limiting global warming to 1.5C, which caused rifts last week.

Greater clarity is sought on what countries will do after leaving Poland and how they will strengthen their commitments and targets under the pact.

“This text embeds the IPCC’s 1.5C report and recognises that (commitments) need to be updated by 2020 but fails to commit countries here and now to ramping up action,” said Jennifer Morgan, executive director at Greenpeace International.

Sticking points for countries most vulnerable to climate change include reference to a mechanism to find ways to cover the growing costs of “loss and damage”, the stepping up of rich nations’ emissions targets and climate finance.

“We do not want to see the Paris Agreement watered down,” said former Maldives president Mohamed Nasheed.

Three years and counting for suspected predator to go on trial