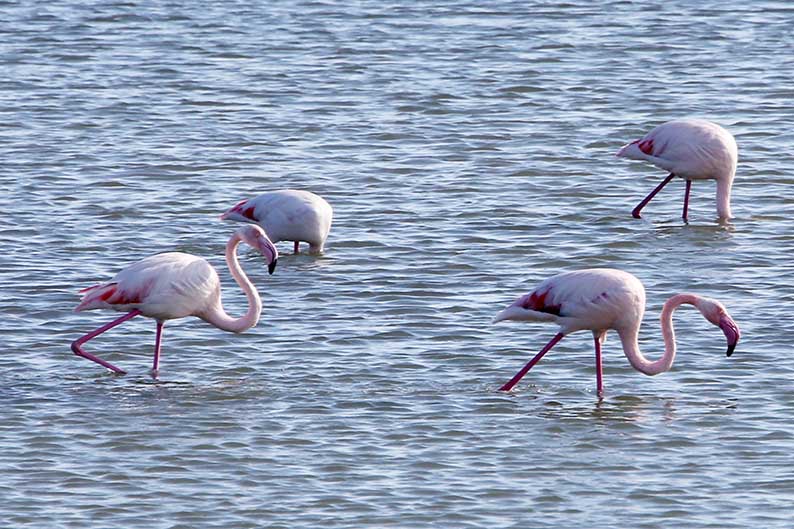 Larnaca municipality and the Larnaca tourist board on Friday expressed their disappointment that the public is ignoring their appeals not to disturb the flamingos on Larnaca salt lake.

They said they were particularly concerned over the increased use of drones to photograph the migratory birds because these upset the flamingos.

“Despite repeated appeals and meetings with the environment services and the responsible ministry, no measures have been taken to ensure the protection of this unique wetland. In recent years, unfortunately, residents and tourists enter the lake to approach the flamingos despite the existence of warning signs every day.”

Continual disturbance of the birds could lead to a population decline and may mean they will not return in future, they warned.

“The Larnaca wetlands, apart from their enormous ecological value, are one of the city’s main points of interest and should therefore be preserved to the maximum extent possible. Continuous appeals to the public that have taken place from time to time by various agencies and services have not had the expected outcome,” said the announcement.

The municipality and tourist board have called on the environment department to finally take action in coordination with local authorities.

“The implementation of a wetland management plan has become imperative as well as the adoption of various measures that have been proposed,” they noted.

What disturbs the birds most is when visitors enter the lake to get closer to them, as the flamingos regard this area as their shelter. Though they are not that disturbed by planes and cars, the use of drones to take photos do upset the birds because they come so close.

Flamingos use the wetlands to rest and feed during the winter.

In the past people have been provided with binoculars and telescopes to encourage them to watch the birds from a safe distance.

The stories of 12 gold coins