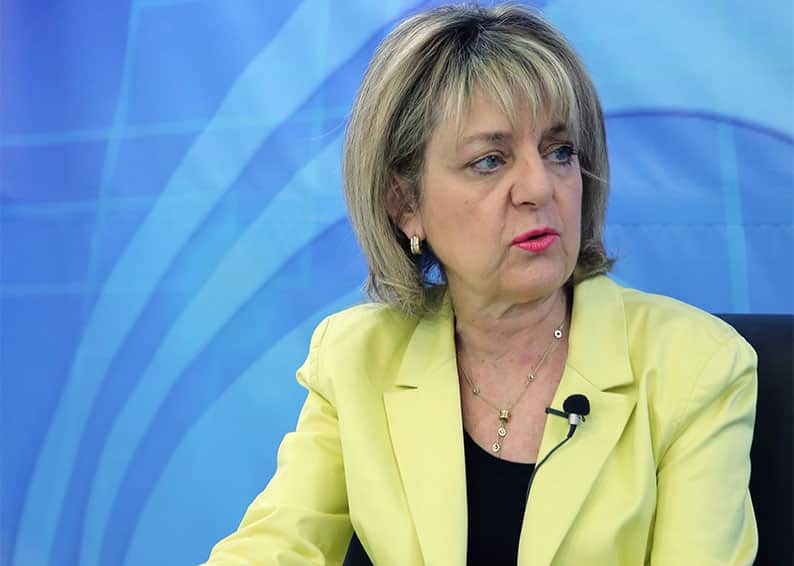 Children’s Rights Commissioner, Leda Koursoumba, slammed authorities on Friday for the delay in the trial of a man accused of sexually abusing a nine-year-old girl some three years ago, and who is currently living in the same neighbourhood as the victim’s grandmother.

In a report released on Friday, the commissioner also said that not allowing the girl’s parents inside the court room during hearings – despite the fact it wa a closed-door procedure – affected their right and obligation to represent their child and take decisions on behalf of the minor concerning the procedure.

Koursoumba launched a probe into the case after receiving a complaint by the girl’s mother over the constant adjournments of the case. The incident reportedly took place in the summer of 2015.

The girl’s mother told daily Phileleftheros this week that the incident took place sometime between June and July 2015, one day when the then nine-year-old and her brother were at their grandmother’s.  The woman said that, on that day, her mother was drinking coffee with the defendant’s wife, and that he had asked the girl to go down to his basement to show her the birds he had in cages.

He allegedly led the girl to a kitchenette, squeezed her into the corner and started kissing her. The child reportedly asked him to let her go, but the man immobilised her with his knee while holding her both hands and carried on. According to the report given to the police the man had lowered his trousers and underwear and kissed the girl on the mouth.

He only stopped after the girl’s grandmother called on her to get ready for her dance lesson, the woman said. The suspect, who was 72 at the time, reportedly threatened the girl that if she said anything, he would kill her and that even if she did, no one would believe her. The woman said that she was told of the incident some eight months later by her son and reported it to the police.

The suspect was arrested at the time and remanded for eight days and was then released pending trial. He was referred to a trial before the criminal court at the beginning of July 2016.

But a long time had passed, the report said, and “after several postponements requested by the accused, the case had not yet been heard and the accused remained free.”

On December 2017, the trial was referred to a district court to speed up the procedure, and the trial was set for April 2018. After several more postponements requested by the defendant, the trial has been adjourned once more for February 2019 and there has been no objection by the prosecution, the report said, “on the grounds that the testimonies were illegible.”

The woman told Phileleftheros she was fed up with the constant postponements and that she was concerned over the safety of her daughter, as the suspect is free to roam the neighbourhood without any restrictions. The defendant’s home is next to that of the girl’s maternal grandmother.

“I cannot leave her alone not even for five minutes. She must, at all times, be with another family member,” the woman said.

The report said that the law calls for a prompt hearing of cases of such nature to minimise the re-victimisation of the child, as the whole procedure, which has been pending for a long time, creates feelings of anxiety and tension to the child and her parents.

In this case, it said, it is intensified as the defendant is free and lives next to the child’s grandmother’s home.

“It seems that the necessary measures have not been taken for the effective implementation of the above legal framework and that the protection of the rights of the child during the court proceedings in the cases of child sexual abuse or exploitation are not being ensured,” the report said.

It added that while the referral of the case from the criminal to the district court which has been made for the sake of speeding up the proceedings, “this not only was not achieved, but the child’s right to a quick trial was grossly violated, as prosecution never objected to the requested postponements, nor the court tried to avoid them.”

In addition, it said, the referral of a case involving the sexual abuse of a nine-year-old child from the criminal to the district court “removes the appropriate weight to be given to such cases and does not reflect a rigorous treatment of the state in relation to protection of children from sexual abuse or exploitation.”

The commissioner also challenged the reasoning of the state legal service that the suspect had sexually abused only one child “without of course excluding the possibility that he may in the meantime, or in the past, abused other children”, adding that it should not be a criterion based on whether the case should be tried by the criminal or district court.