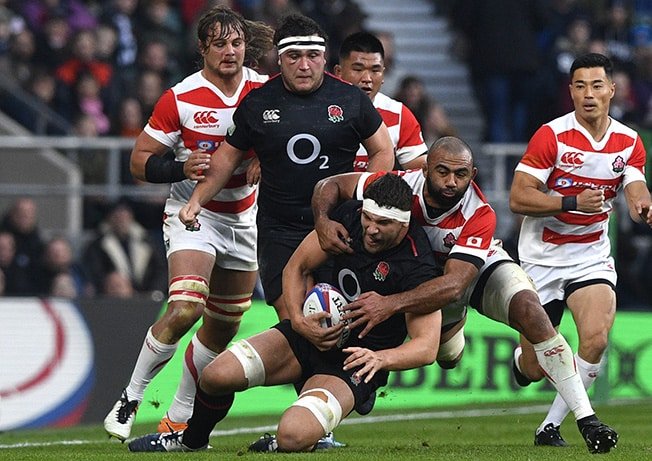 Brett Gosper expects Japan 2019 to be the most lucrative World Cup yet – and possibly the most competitive as well.

The ninth edition of the tournament is on course to break the previous record for revenue generated of £345million set by England 2015 by around 5 per cent, despite there being up to 770,000 fewer tickets available.

The total economic impact of the last World Cup was calculated at £2.3billion and Gosper, World Rugby’s chief executive, believes that figure will also be surpassed.

“We had a study done on the economic impact and it was above what was achieved by England at the last World Cup,” Gosper told Press Association Sport.

“We’re expecting it to be the most impactful World Cup yet. The social media presence will overtake 2015 and so will our commercial revenues.

“We forecasted around four years ago that revenue would be 20 to 25 per cent down, but we’re now course to overtake 2015’s commercial revenue by around 5 per cent.

“England on ticket sales – 2.47million tickets – will remain the biggest but on every other criteria this will be a record-breaking World Cup.

“Japan 2019 is on track to be the most impactful World Cup to date and a game-changer for rugby in Asia and around the globe.”

On the pitch, Gosper has drawn encouragement from an enthralling autumn during which world champions New Zealand were toppled by Ireland and almost defeated by England.

Three of the top four sides in the global rankings are from Europe with the gap between the hemispheres having shifted on its axis, and there are as many as six teams capable of lifting the Webb Ellis Cup next year.

“We’re always working to have the most competitive World Cup possible and that also means closing the gap between tier one and tier two nations,” Gosper said.

“At the top of the table, there was previously a sense of invincibility around the All Blacks but now there seems to be a large number of contenders entering the frame as possible challengers.

“That will make it very interesting – maybe it will be the most competitive World Cup as well as the most commercially successful.”

Also surpassing expectations is World Rugby’s ‘Impact Beyond’ legacy programme, which has exceeded its target of generating one million players in Asia with nine months still to go.

“We don’t claim these are regular rugby playing participants, but our focus now is to ensure those who have sampled the game will become more embedded in it through clubs, schools and universities,” Gosper said.

“We’re getting huge numbers in China and India. We had a trophy tour to India which was astonishing in terms of the interest and hype that it created. At one event, 16,000 school children turned up to see the World Cup.

“These are big markets and we believe they huge participation ad commercial potential. Taking the World Cup to Japan is turning out to be a very, very strong decision from that perspective.”

After the tears, South Korea turn eyes to Portugal

Germany crash out of World Cup after Japan stun Spain